Search for the New Land 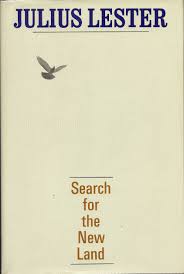 Search for the New Land shook me awake and into the world of Julius Lester’s Black experience.

Sometimes my reading habits set me off like a pinball machine. I’ve been reading about American literature and its uncomfortable (for me, a white reader) connection to racism. It’s a topic that’s been seriously on my mind since reading a children’s book written by one of my most beloved authors of horse stories. Racism was present in both the book’s content and illustrations and was so blatant and ugly it was hard to believe it had found its way into print.  Of course, that response was from me, a liberal, progressive white reader in 2016. The book was published in 1946. How naïve was I to be appalled?

So back to the pinball analogy. Read but not yet reviewed are Toni Morrison’s Playing in the Dark (1995) and The Origin of Others (2017) and Philip Nel’s Was the Cat in the Hat Black? (2017). At this point, I am going through my bookshelves to see what else might help me understand the connection. And there it was, Search for the New Land by a very young and passionate Julius Lester.

I had five or six books already begging for attention, but there was something about Lester’s book, maybe its plain white dust jacket with the author’s name underlined in large print at the top and then, in centered print, towards the bottom, the five-lined title. Oh, and the bird, soaring in the upper left corner. It reminded me of a seagull and from there, bing! Tilt! The pinball now bouncing off Joseph Smith and the gulls leading into Salt Lake…another sort of New Land

Checking my watch, I pretty much figured the day was going to be a wash, so I fixed a fresh pot of tea and took book in hand. Published in 1969 by Dial Press, it is not a book about literary racism, but it is a literary book about racism, Viet Nam, Civil Rights, poetry (found), and, as the subtitle says, History as a Subjective Experience.  For the very reasons I am a poor test taker, there was little I remembered from an earlier reading. However, after this reading, it will be hard to forget any of it.

Today’s youth may ask, what happened in the 60s? What was that all about? Lester tells us on the first page: “The sixties is what happens when a child looks at his parents and hates what he sees.”

Section One of Lester’s book begins as World War II ends. His fast-paced memoir lists by year (set apart on the left side of the page) the world at war up to just past 1965. Reading the book in 2017 sets the pinball bouncing to all the wars that have followed. He covers the American shame of McCarthyism to the eventual pride of Rosa Parks. From the Beats writing poetry far from Eliot to the black students who sat down at a segregated diner in Greensboro, North Carolina. By the end of the 1950s, “The era of confrontation had begun.”

Sections Two through Six takes the reader, by memoir, factual litanies of newsworthy events, and found poems (those words taken directly from identified newspapers and magazine articles and rearranged into the power of poetry). Lester’s involvement in the Civil Rights Movement takes the reader by bus into the deep south. The reader is again captured by the book’s layout and early in Section Two is a new litany of events chronicling a movement of change from the U.S. break with Cuba in January of 1961 to a November 1961 Women’s Strike for Peace in New York City.

The pinball chalked up some extra points in Section Three which covers the Viet Nam War. Not just the war, but the battle of Khe Sanh. Yes, dear readers, the same battle covered in a book review written by Neal Ferguson just last month: http://bookinwithsunny.com/long-goodbye-khe-sanh-revisited/  Lester’s Khe Sanh, like Michael Archer’s The Long Goodbye, Khe Sanh Revisited, is not some musically-enhanced documentary of a war that will not go away. It does, however, reinforce and give applicable meaning to the words “revolution” and “revolutionary.” Words important to Search for the New Land.

As much as the book is Lester’s search, it should be our search as well. Between the deaths of both Kennedys and Martin Luther King, Jr., the author makes no bones about his struggles with black and white, love and hate. His views are powerfully angry, intellectually honest, and spiritually hopeful, but difficult. It is not an easy book to read, but what makes this rereading of it, almost fifty years after its publication, exciting and provocative is that it could have been written yesterday.

For those of us old enough to remember the fifties and sixties, and especially those of us who did not take part in the revolution happening all around us, Search for the New Land is a rare opportunity, when reading those litanies of events, to ask ourselves, what were we doing on this, or that particular date? In 1964, while working for the S.F. Bay Area Boy Scout Council, I was transcribing a letter from shorthand, a letter my boss had dictated, a letter to his friend in Viet Nam, General Westmoreland. I found the month and year of my marriage marked the war protest by 100,000 people across the United States. And in the same month and year that my first child was born, Andy Warhol was shot, Robt. Kennedy was murdered, and Spock was convicted of conspiracy.

Search for the New Land is not history written by a historian looking back. It is, instead, the words of a black man writing it as he lived it. It is a book as present as it is past. Like a lot of books that deserve reading, Search for the New Land is out of print and can only be found in used bookstores or Online collectible sites. Do not let that deter you.   –  Sunny Solomon

Also available by Julius Lester: To Be A Slave; Day of Tears; Let’s Talk About Race; When Dad Killed Mom; From Slave Ship to Freedom Road; Black Folktales; And All Our Wounds Forgiven; Times Memory; This Strange New Feeling; What a Truly Cool World; Pharaoh’s Daughter; Sam and the Tigers, A New Telling of Little Black Sambo; Lovestong, Becoming a Jew; Othello; The Autobiography of God; Long Journey Home; The Tales of Uncle Remus; How Many Spots Does a Leopard Have; On Writing for Children & Other People; The Blues Singers; Why Heaven is Far Away; Cupid; The Knee-High Man; When the Beginning Began; Black Cowboy Wild Horses; Ackamarackus; Further Tales of Uncle Remus; John Henry;The Girl Who Saved Yesterday; Guardian; Sam and the Tigers; The Hungry Ghosts; Do Lord Remember Me; The Man Who Knew Too Much; Hini; Basketball Game. 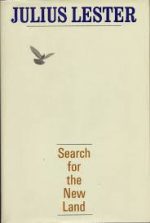 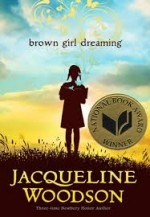 Award-wining author Jacqueline Woodson’s Brown Girl Dreaming may have been published for middle and young adult readers, but this is a book for every reader,

Sunny Solomon holds an MA in English/Creative Writing, San Francisco State University. She is a book reviewer for “The Clayton Pioneer” and her poetry and other writing has been published in literary journals, one chapbook, In the Company of Hope and the collection, Six Poets Sixty-six Poems. She was the happy manager of Bonanza Books, Clayton, CA and Clayton Books, Clayton, CA. She continues to moderate a thriving book club that survived the closure of the store from which it began. Sunny currently lives next to the Truckee in Reno, NV.
More from this reviewer
PrevThe Great Alone
TrainwreckNext