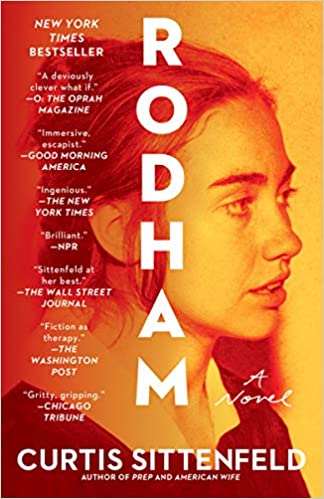 Rodham – Historical fiction, a reimagining of Hillary Clinton’s life with and without Bill.

Longtime readers of “Bookin’ with Sunny” know my fondness for historical fiction featuring strong women whose life stories have been inadequately told. The Engineer’s Wife, for example, or Carnegie’s Maid or A Well-behaved Woman. I love fictional versions of these protagonists’ public and private lives, and I appreciate their triumphs along with their tragedies. So, I was enthusiastically looking forward to reading Curtis Sittenfeld’s Rodham, a reimagining of Hillary Clinton’s life with and without Bill.

Strangely enough, I was disappointed, and my disappointment stems from my biases as a reader rather than from the writer’s flaws. Reading about X’s seduction by Y a century ago, sharing the imagined intimacies of their affair, seemed comfortable in its distancing of characters long gone; reading about the detailed relationship of a pair of contemporaries who are still in the news felt to me like “too much information.” I know that Sittenfeld invented many of the actions and most of the words in Rodham, and I recognize that Rodham, after all, is more fiction than fact. But throughout the first half of Sittenfeld’s novel, I felt like a voyeur, uncomfortably so.

Intentionally reconstructing the physical as well as the intellectual confidences, Sittenfeld deliberately wants her readers to climb in bed with her characters. For me, however, the real-life Hillary and Bill kept intruding, and I didn’t especially like being privy to their look-alikes’ more personal interactions. I must not be the only reader so troubled, because one of the Topics for Discussion at the end of the novel refers directly to this issue. I wonder what book club debates must be taking place?

Ordinarily I wouldn’t review anything for “Bookin’ with Sunny” that I found distasteful, but in truth there is a lot to like about Rodham, especially in the second half of the novel. Where the first half focuses on Hillary and Bill’s youthful connection, the second half centers on politics. What if the two had never married? What if Hillary had followed her own career, her own ambitions, her own aspirations without attaching herself to the charismatic young man from Hope, Arkansas? Might the two might still interact? How might that have affected her future as well?

Sittenfeld is especially deft when she borrows actual political events from the first two decades of the twenty-first century and then fictionally upends them in her narrative. She finds substantive ways to invoke past headlines while intertwining those news cycle obsessions into a plot that didn’t happen. When Hillary made her famous “stay at home and bake cookies” remark, for example, she was commenting about the role of a First Lady. Sittenfeld’s character utters the same words while campaigning for office herself, with predictable results. Even the Whitewater controversy surfaces, though in the guise of a fictional Hillary boyfriend making an investment in her name. The most fun instances, however, are those involving Donald Trump. I can’t reveal Rodham’s secrets, but any reader of any political persuasion will thoroughly enjoy his out-sized presence in Sittenfeld’s creation.

I think most readers will appreciate, too, this novel’s penetrating analyses of sexism in politics. The character Hillary speaks freely with her staff, comparing the press’s treatment of her male rivals, the double standard when writing of men’s voices compared to women, the hours she must spend on her makeup and hair. One of my favorite such asides involved clothes she wore to camouflage her bullet-reflecting vest. Not wanting to reveal the death threats she was receiving, she quietly donned flowing overblouses and larger jackets. Immediately the fictional press decided she was gaining weight and that, rather than her political policies and plans, immediately became the focus of the news. Sittenfeld shines when probing such ongoing problems for women candidates everywhere.

Yes, I have serious reservations about Rodham. Yet I’m glad I read Sittenfeld’s novel, and I would recommend it, especially for its take on presidential politics and what ‘might’ have been.

Also available by Curtis Sittenfeld: American Wife; The Man of My Dreams; Prep; You Think It, I’ll Say It; Eligible; Sisterhood. 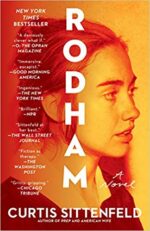 Ann Ronald is a retired English professor from the University of Nevada, Reno. Author of dozens of reviews, she’s also written a number of books about the American West. They include literary studies such as The New West of Edward Abby and Reader of the Purple Sage, cultural studies such as GhostWest and Oh, Give Me a Home, and nature writing such as Earthtones: A Nevada Album. Her latest is a work of fiction, Friendly Fallout 1953. Since retiring, she’s been reading vociferously, so “Bookin’ With Sunny” is giving her a wonderful opportunity to share thoughts about her favorite new discoveries.
More from this reviewer
PrevThe Phantom Tollbooth
WindsweptNext