Home » This 'N That » Reading Beyond One’s Comfort Zone 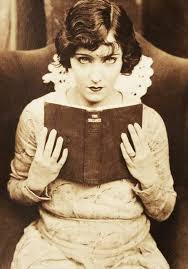 This week Bookin’ with Sunny published Ann Ronald’s review of Hisham Matar’s Return, a novel about Libya, family, beauty, and terrorism. American readers and most of us as white American readers tend to gravitate to those titles written by English-speaking authors whose language and culture fit easily into our reading comfort. Nothing wrong with that, but I have grown to be a strong believer that as inhabitants of a global world, with issues of economics, environment, education, and medicine, no longer affecting only one continent, it behooves us, readers, to broaden our scope.

Without sounding pedantic, tales of family, beauty, and terrorism are not exclusively Libyan. Such topics are not exactly unknown to us Americans. But our takes on these issues will be from our own culture’s perspective, and therein often lies the barrier to reading outside of our comfort zones.

Along those same lines, we American readers would do well to begin to read more stories, beginning with children’s picture books, about Americans of color, African-Americans, Asians, American Indians and just about every other ethnic combination in between (except whites). I would love to see publishers announce a moratorium, for maybe ten years, on the publication of picture books featuring Caucasian children as main characters. There are presses out there publishing books with a more realistic, expansive take on our American life: Lee & Low Books and Shen’s Books (now an imprint of Lee & Low), to name a couple. An organization of white librarians has a blog about such issues: Reading While White. 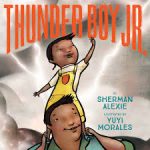 Award-winning writer Sherman Alexie, our premier American Indian author (there are others, but we will have our poster children) has a new children’s picture book, Thunder Boy, Jr. The book is powerfully and whimsically illustrated by Yuyi Morales, another prominent American author of color. I wish this book had been written years ago when it was the rage for parents to name their children after themselves without a thought as to the weight of such a moniker. I think Alexie’s book still pertinent as some wealthy children continue to bear a Roman numeral after their names, and there remain today enough Jr.s to go around. My own parents named their first two children after themselves. Due to my mother’s aversion to being called “Big Mem,” I was given a nickname before leaving the hospital where I was born. It was another seventeen years before I legally had “Memorie” removed from my birth record, but my brother has remained Jack Jr., even after the passing of our father. His birthday is coming up and since I know he never reads my blog, I can safely let the cat out of the bag:  Thunder Boy, Jr. is already wrapped and ready.