Mostly White, with Some Exceptions 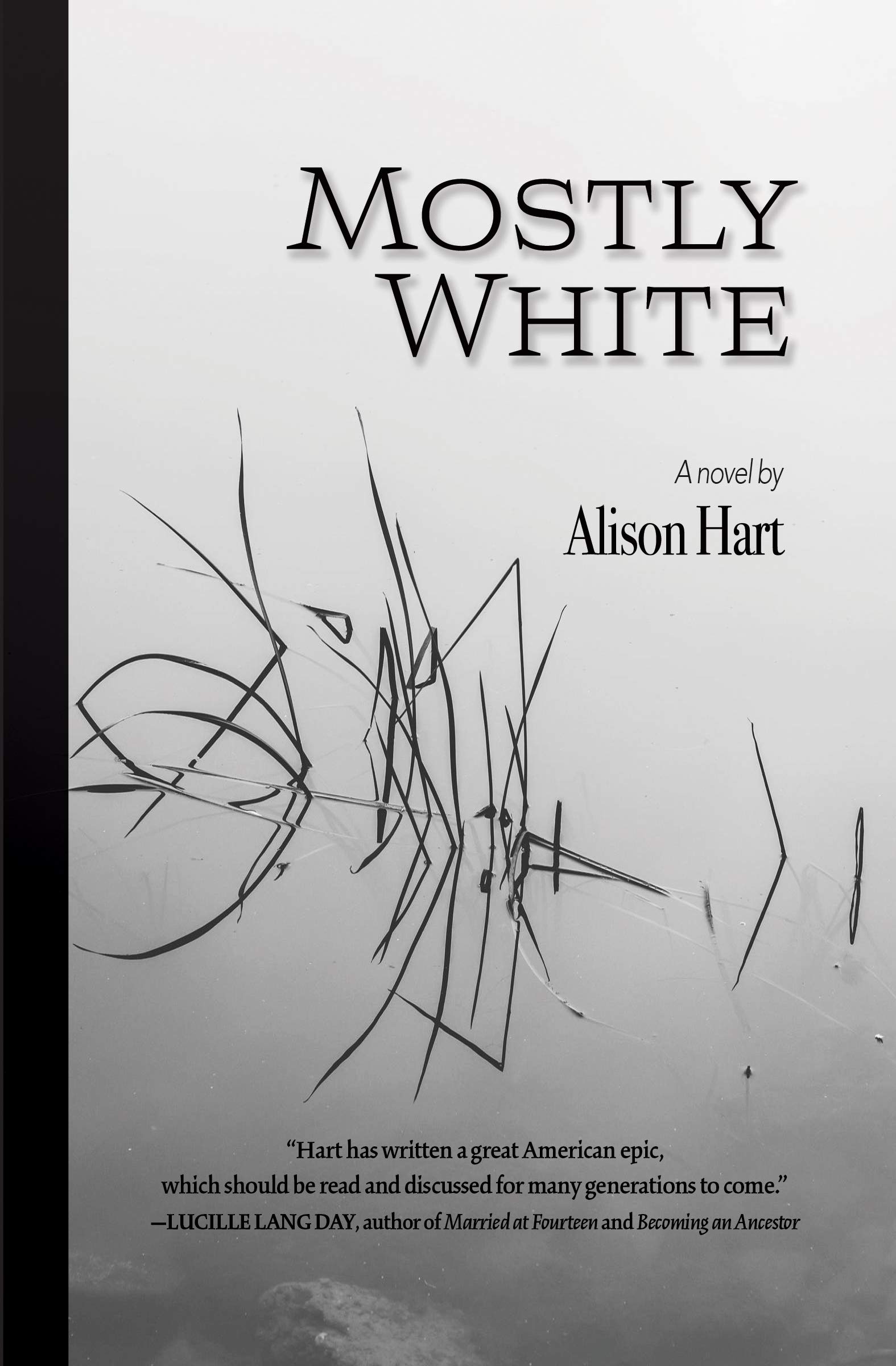 MOSTLY WHITE DEPENDING ON WHO’S ASKING

I picked up Mostly White at a trade show, choosing it solely because its publisher is Torrey House Press, a small press out of Utah, a press I have come to trust, knowing that most anything they publish is worth reading.

Mostly White begins in Ella’s voice: “I was floating in the world with this heartache cannonball trying to find a place to land. I didn’t understand where it came from . . . maybe it was like being haunted and having no words or images . . . This is how I floated through the world, that is until I landed. I landed and found roots.”

The roots Ella seeks begin with Emma and her brother Joseph. The year is 1890, in Washington County, Maine. By law, mixed-race children with Indian blood are taken from their homes and placed in schools, never to be returned to their families. The Dickensian cruelty these children endure is meted out by the hands of Catholic nuns aiming to eradicate any trace of the children’s Native American culture. Emma escapes, and the story continues until 1989 when Ella, Emma’s great-granddaughter, after a failed suicide attempt, makes her own “escape” from Bellevue Hospital in Manhattan, New York.

Ella’s story, is also Emma’s, Deliah’s, Margaret’s, Henry’s, RJ’s, and an assortment of papas, aunts, and uncles. It is a tale of mixed-race identity from within and without. Ella knows she has a mixed heritage, but she also knows that in the twentieth-century culture in which she lives and works, no matter her light skin color, it is never light enough. Irish, Indian, and African ancestors fill Hart’s novel with herbal medicine, healers, bottled moonshine, singing and music, and women of endurance in the face of overwhelming defeats.

Native American and African American culture surfaces and resurfaces throughout Mostly White. Animal spirits appear in all the generations, recognized as the spirits of those gone before, ancestors who do not forget those who follow. The Irish American culture, with its music and song, also brings the false healing of moonshine with disastrous results, generation after generation.

Ella is held for seventy-two hours at an overcrowded Bellevue Hospital, forced to sleep on a cot in the hallway. She fakes her consumption of required medication and on the first night, “A black woman with a beautiful round face and almond eyes, eyes like mine but bigger, beams down at me.” The woman asks her if she swallowed any pills and is glad when Ella says no. The woman sits down on her cot and says, “Now listen, chile, you better find out who you are before they take you and you forget everything. Feel the ground, the earth. You’re strong you know, you got ancestors, you know.” Ella asks the woman if she sees her ancestors. The woman answers, “They’ve been waiting for you, Ella, for you to wake up and listen.”

We do not know if Julia, the woman who has comforted Ella with her words, is real or another spirit. By this point in the story, the reader may begin to feel an affinity for the possibility of spirits. I wondered, could Julia be the spirit of Aunt Julia, who told the story of free and slave blacks? On the third day, Ella leaves Bellevue on the false promise that she will get outpatient help. She leaves the hospital, remembering Julia’s words, “words, words I can stand on.” The reader then remembers from the very beginning of Ella’s story, almost like hearing a spirit voice, “I landed and found roots.”

Mostly White surprised me. Initially, I knew, from having read Deborah Miranda’s Bad Indians, any generational story of the abuse suffered by Americans of mixed race was not going to be pleasant. But based on the author’s background and her involvement in Bay Area Native American activism, and the fact her novel came from Torrey House Press, I began reading. I fell asleep with the book blanket-propped before me, only to awaken several times, and each time, to pick up where I left off. When I finally woke in the morning, I left my bed, took the book and my first cup of tea out to the deck where I finished Ella’s story to the sound of the Truckee and maybe Washoe spirits accompanying every turned page. Alison Hart has written a beautiful and powerfully important story. – Sunny Solomon 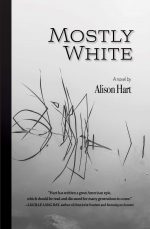 Sunny Solomon holds an MA in English/Creative Writing, San Francisco State University. She is a book reviewer for “The Clayton Pioneer” and her poetry and other writing has been published in literary journals, one chapbook, In the Company of Hope and the collection, Six Poets Sixty-six Poems. She was the happy manager of Bonanza Books, Clayton, CA and Clayton Books, Clayton, CA. She continues to moderate a thriving book club that survived the closure of the store from which it began. Sunny currently lives next to the Truckee in Reno, NV.
More from this reviewer
PrevThe Wild Braid; plaiting life, poetry, and gardens
German Voices, deja vu?Next