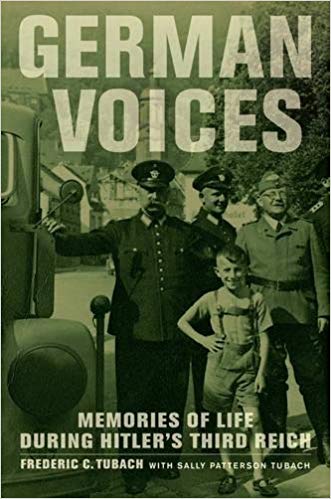 German voices or our own?

This morning I am trying to sort through my emotions as I read about the tightening of the Public Charge Rule.

How can this be? Is it the president’s wish to send The Statue of Liberty back to France?

BY EMMA LAZARUS
Not like the brazen giant of Greek fame,
With conquering limbs astride from land to land;
Here at our sea-washed, sunset gates shall stand
A mighty woman with a torch, whose flame
Is the imprisoned lightning, and her name
Mother of Exiles. From her beacon-hand
Glows world-wide welcome; her mild eyes command
The air-bridged harbor that twin cities frame.
“Keep, ancient lands, your storied pomp!” cries she
With silent lips. “Give me your tired, your poor,
Your huddled masses yearning to breathe free,
The wretched refuse of your teeming shore.
Send these, the homeless, tempest-tost to me,
I lift my lamp beside the golden door!”
I suspect the withholding of green cards from legal immigrants is only the beginning. And those thoughts took me back to a book I reviewed in 2005, German Voices, Memories of Life Under Hitler’s Third Reich by Fritz Tubach.

I am not alone in wondering how German citizens did not rebel against Hitler and the Holocaust. How could they let it happen? After reading German Voices, the “how” became much clearer:

Beginning with his Introduction and all the way through Chapter 3, War and the Holocaust, Tubach maps out Hitler’s frightening blueprint which played heavily on patriotism, Brown Shirt brutality, media manipulation, and finally the fear most Germans felt for their very survival; so that by the time of Kristallnacht, social, religious, political and moral voices in opposition to Hitler had been silenced by execution or imprisonment.

Today, when I re-read my last thoughts in the review, it scared me:

To recognize the value of each individual, to know how easily and quickly that value can be erased, and the horror that can just as quickly replace it, is reason enough to read this book, and in this twenty-first century, the tools [of social media] to deride, delude, and persuade are more powerful than anything Hitler wielded.

What is happening in our beloved country today is unconscionable under any religious tenets and flies in the face of humanity. We need to hear cries of outrage from every church, mosque, temple, and family dinner table. I fear we are slowly losing our moral compass. Who will protect us from ourselves if not us?  –  Sunny Solomon 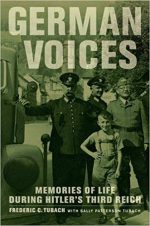 Sunny Solomon holds an MA in English/Creative Writing, San Francisco State University. She is a book reviewer for “The Clayton Pioneer” and her poetry and other writing has been published in literary journals, one chapbook, In the Company of Hope and the collection, Six Poets Sixty-six Poems. She was the happy manager of Bonanza Books, Clayton, CA and Clayton Books, Clayton, CA. She continues to moderate a thriving book club that survived the closure of the store from which it began. Sunny currently lives next to the Truckee in Reno, NV.
More from this reviewer
PrevMostly White, with Some Exceptions
The Feral Detective – Darker than noirNext