Wilderness and the American Mind 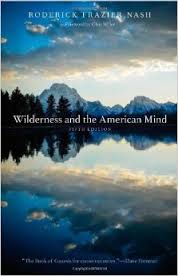 First published in 1968, Wilderness and the American Mind, the seminal book about the history of the idea of wilderness in American culture; and now, the 5th edition retains the chapters of the first four while adding a prologue and epilogue by Roderick Nash and a preface by Char Miller. It’s a pleasure to have an excuse to re-read this book. It has animated, inspired, and taught many of us during the last half-century. No doubt it has perturbed others. We have, thanks to the Wilderness Act of 1964, turned wilderness into a thing, a place, a positive value for our civilization. But we stand on this side of a philosophical, perceptual and political divide. On the other side stood Roderick Nash when he declared in 1967 that wilderness is “not so much a place as a feeling about a place—a perceived reality, a state of mind.” Since passage of the act in 1964, millions of acres and numerous national parks and monuments have been added to our wilderness reserves.

We now wax lyrical about the Mt. Rose Wilderness, the Bob Marshall Wilderness, this wilderness or that national park, more than 400 in all. Making those real wilderness areas possible first required a vast perceptual shift that divested wilderness of its connotations of evil, fear, and threat. “Forty years in the wilderness” had to lose its dark associations. In addition, the “American mind” had to move beyond thinking about our continent in utilitarian terms only—lumber, livestock, crops, and mining. We, some of us anyway, embraced the necessity of preserving vast untamed spaces for their own sake, even resisting saving them solely for the tourist industry. As Char Miller reminds us, however, “wilderness is contested ground.” The effort to prevent potentially spoiling development assures us of a battle that is never completely won.

One of the charming aspects of Nash’s Wilderness and the American Mind is his view that the modern idea of wilderness is a New World invention. As Wallace Stegner enthused: “National parks are the best idea we ever had. Absolutely American, absolutely democratic, they reflect us at our best rather than our worst. “ European settlers, however, brought with them European ideas. While some of those ideas included thoughts about the majesty of nature, they more often had a Promethean binary view at their basis. On the one hand was paradise (wilderness tamed and fruitful, hence, desirable); on the other was wilderness (wildness and evil to be overcome). The Europeans claimed to be civilizing a wild, unsettled continent peopled with savages who had to be killed or displaced. It was only slowly, with economic development and urbanization, that these new Americans began to see wilderness as beneficial to the extent it remained wild and undeveloped. These new ideas were anything but smoothly adopted and implemented since economic development interests and ingrained utilitarian values often superseded those of tree huggers and backpackers. For every saved Yosemite Valley there was a lost Hetch Hetchy Valley

For those of you who have read this book previously, be prepared for a strong surge of nostalgia and renewed inspiration. If you have never read this book, I urge you to do so. You will be introduced to or reminded of the heroes of this saga: Henry David Thoreau, the Transcendentalists, John Muir, Aldo Leopold, and Bob Marshall to name a few. Wilderness and the American Mind was and remains an essentially optimistic book. Nash shows us how reimagining America’s nether regions created a new philosophy of wilderness that was complete by about 1970. Since then growing numbers of Americans have embraced the idea and the reality of the wild. Both the American mind and the American body have driven, hiked, packed, paddled, floated, and hovered in, on, and over stunning American landscapes. For some critics, we have come to love them too much. They remind us that we can’t all have solitude in the same place at the same time.   – Neal Ferguson 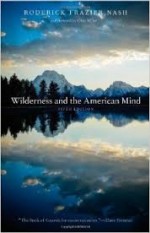 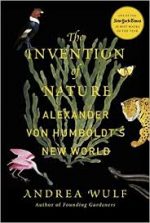 The Invention of Nature

Neal Ferguson is a self described Anglo-phile. After studying for a PhD in British history and doing research for a year in various British archives, he came to the University of Nevada in 1970 to teach. Soon he found himself in administration where he remained until 2003. After returning to full-time teaching a decade ago, he decided to concentrate his teaching energies on Medieval British history and various global aspects of World War II. Dedicated to Ambrose Bierce’s proclamation that the purpose of war is to teach Americans geography, Neal insists that his students accompany him (in class) to sundry east European rivers and steppes, African deserts and jungles, south-east Asian mountain ranges and peninsulas, and small islands and coral reefs in the Pacific. Currently he is writing a book about the ups and downs of General Douglas MacArthur’s military reputation.
More from this reviewer
PrevThe Watchman’s File
Book of AgesNext