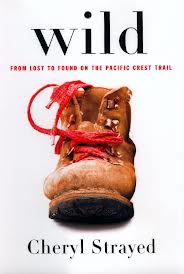 Wild, From Lost to Found on the Pacific Coast Trail

Cheryl Strayed’s Wild, a memoir of her 1995 solo hike on the Pacific Crest Trail, has been wildly popular. A New York Times #1 Bestseller, a first selection for Oprah Winfrey’s 2.0 Book Club, and with sales in the millions, Wild received wildly enthusiastic reviews. “A spectacular book . . . Gripping . . . A breathtaking adventure tale and a profound meditation on the nature of grief and survival . . . A literary and human triumph,” wrote one reviewer. “Stunning . . . An incredible journey, both inward and outward,” wrote another. “A beautifully made, utterly realized book,” wrote a third. A movie of Strayed’s trek, filmed in Oregon and starring Reese Witherspoon, is scheduled for release sometime in 2014. Truly, Wild is a publishing phenomenon matched by few contemporary books.

Readers, reviewers, everyone loves Wild. Everyone; except for me. In the next couple of paragraphs, I’m going to commit a cardinal sin. Those of us who regularly review other people’s manuscripts and books must always concentrate on the book in hand, not the one lurking in the reviewer’s imagination. It is a mistake for a reviewer to critique the book she wishes an author had written. I should evaluate the pages before me, not some fantasy version. Wild is a memoir, a sojourn of one woman’s path from despair to fulfillment. As such, Wild is wildly successful, and most often is reviewed as a powerful memoir of self-awareness. But I can’t read it like that, and that’s the problem with this review.

When Cheryl Strayed headed north from Tehachapi in southern California, she was wildly unprepared. Never having backpacked a single night in her life, she knew only what she’d read in books. She had neither weighed her load nor packed it until the day her journey was to begin. She carried excess items—a camp chair, a foldable saw, four books, binoculars and a professional-sized camera. She forgot to calculate the weight of her water. Her boots fit improperly, blistering her heels and toes. She bought the wrong kind of fuel for her cook stove, rendering it immediately inoperable. Her pack was monstrously overloaded, and that was just the beginning.

Once underway, she learned for the first time that a record snow season had made the Sierra mountains nearly impassable. She hiked for a while, then left the trail and caught a bus to Reno. Hiking a bit farther, she bailed out again and again. When she reached the Columbia River, she stopped. Thus, she hiked the PCT without seeing any of its most spectacular scenery—no John Muir Trail, no Washington Cascades. Full disclosure here—these are the two sections of the PCT that I know best, so I really regretted their omission.

As a seasoned hiker who began backpacking when I was nine years old, this lackadaisical approach to the wilderness just drove me crazy! Besides, Wild’s central narrative focus has little to do with the trail. It’s all about Cheryl Strayed—her family history, her grief over her mother’s untimely death, her flirtation with heroin, her relationships with men. Once her trip is underway, she occasionally notices the terrain, especially when it’s difficult or when the view is spectacular, but she generally says more about the places where she breaks up her hike, picks up mail, and eats voraciously, than she does about the wilderness. She is much more centered on the men and women she meets along the way, and of course re-living her past.

Wild is a lively and thorough exploration of self and the wildness of self. The book is well-written and eminently readable. I see why it received so many accolades. But as a book about hiking or the out-of-doors, I found it wildly hollow. And thus, I’ve written a wildly inappropriate book review.  – Ann Ronald

Ann Ronald is a retired English professor from the University of Nevada, Reno. Author of dozens of reviews, she’s also written a number of books about the American West. They include literary studies such as The New West of Edward Abby and Reader of the Purple Sage, cultural studies such as GhostWest and Oh, Give Me a Home, and nature writing such as Earthtones: A Nevada Album. Her latest is a work of fiction, Friendly Fallout 1953. Since retiring, she’s been reading vociferously, so “Bookin’ With Sunny” is giving her a wonderful opportunity to share thoughts about her favorite new discoveries.
More from this reviewer
PrevEdmund Burke
Year ZeroNext