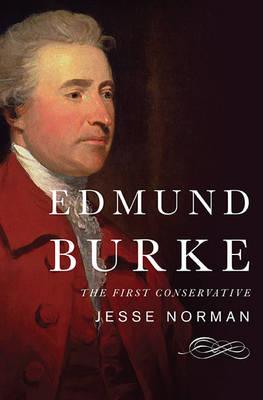 In Edmund Burke, Jesse Norman resuscitates this eighteenth-century philosopher’s relevance for twenty-first century readers, thinkers, and perhaps politicians. Norman, who holds a Ph.D. from the University College London, teaches philosophy and political theory to college students. He also is a Member of Parliament for Hereford and South Herefordshire. Thus astride both the academic and the legislative worlds, he is uniquely positioned to theorize about Burke’s influence on both.

Reading Edmund Burke is like sitting in on a high-powered undergraduate Honors seminar. Well-read and articulate, Norman puts Burke’s ideas in perspective, pushes his arguments into dialogue with his peers, and finally pulls Burke’s conclusions into the modern age. As he states at the outset, Norman, relying on previous Burke scholars, presents no original information about the man. Rather, Norman means to synthesize Burke’s philosophical underpinnings for his times and for ours.

Norman divides his book into two sections. The first, “Life,” traces Burke’s career as a writer, thinker, and member of Parliaments. The second, “Thought,” draws Burke’s ideas together, points out their contradictions and their continuities, and finally assesses what we today might learn from his writings. Along the way, Norman treats the reader to a panoramic array of philosophers, showing how Burke was both influenced by and deviated from their treatises: Aristotle, Rousseau, Locke, Hume, Jefferson, to name only a few of the dozens the book approaches. Norman also projects Burke’s theories into more modern times, comparing his ideas with those of men and women like Mill, Lincoln, even Thatcher and Reagan. Norman’s stated purpose is to enlighten contemporary British political thought, but he has a great deal to say about American political ideology as well.

At this point my review could go in either of two directions. I could continue summarizing the multiple aspects of Burke’s thinking, or I could offer an example of Norman’s cogent summations. I choose to do the latter because I believe an excerpt—one of hundreds I might have chosen—well demonstrates Norman’s ability to bring Burke into a twenty-first century conversation and to articulate political philosophy in common sense every day terms. American readers especially will be enlightened by the following quotation, and perhaps tantalized to read more of Norman’s very provocative study.

“Burke thus strikes a subtle balance: political parties must be strong and disciplined enough to hold government to account, and to provide the stability and openness on which a successful political system relies. But they must not be made so partisan that they lose sight of the public interest and undermine the deliberative function of Parliament: its capacity to debate the issues of the day and to scrutinize legislation. And they must not be so regimented that they prevent MPs from generally acting as representatives, and exercising their own mature judgment. Party politics should not mean invariably ignoring one’s own conscience on important matters or, in modern terms, slavishly following the whips. Far from being just a party hack, then, Burke is in fact acutely aware of what happens when political parties fail to reconcile collective discipline with individual creativity and independent thought.”

Would that our current legislators might listen to Edmund Burke and heed Jesse Norman’s readable synopses of this major thinker’s theories. At one point Norman calls Burke a philosopher in motion, touting him as a man whose ideas were constantly growing, developing, and emerging. Contradictory? Perhaps, but always “a balance between ego and circumstance, between ambition and constraint, between individuality and society.” In sum, a man for our times as well as his own.        – Ann Ronald

Titles also available by Norman: The Big Society, The Anatomy of the New Politics; After Euclid; Compassionate Economics, Rebuilding the Foundations of Prosperity; Compassionate Conservatism, What It Is — Why We Need It. (with Janan Ganesh) Out 3/15/14

Ann Ronald is a retired English professor from the University of Nevada, Reno. Author of dozens of reviews, she’s also written a number of books about the American West. They include literary studies such as The New West of Edward Abby and Reader of the Purple Sage, cultural studies such as GhostWest and Oh, Give Me a Home, and nature writing such as Earthtones: A Nevada Album. Her latest is a work of fiction, Friendly Fallout 1953. Since retiring, she’s been reading vociferously, so “Bookin’ With Sunny” is giving her a wonderful opportunity to share thoughts about her favorite new discoveries.
More from this reviewer
PrevMother, Mother
WildNext