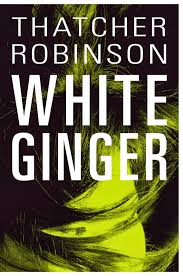 For once, I am at a loss for words! White Ginger, by Thatcher Robinson, is indescribable, delightfully so. A mystery, a thriller studded with violence, a cultural eye-opener, a novel noir, even a bit of a chic flick, and at times hilariously comic. Rarely, in fact, have I read a novel where a gruesome killing takes place on the same page as an aside that makes me laugh out loud. So I can’t put White Ginger in any single category or genre—it’s just plain fun to read.

The heroine, Bai Jiang, is a San Francisco souxun, a people finder. She’s also a Buddhist with a sassy disposition and a pacifist with a propensity for getting herself in trouble. To complicate matters, her Chinese heritage is intimately involved in the leadership of the most powerful local triad, Sun Yee On. The men in her life have no qualms about permanently eliminating anyone who disrespects them or who interferes with their business. She, in contrast, would prefer finding peaceful solutions, although in her world that’s not always possible.

The novel begins when Bai Jiang is asked to find a young teen-ager who has gone missing. Her investigation moves from Chinatown to Oakland to Vancouver, British Columbia, and back to California. The situation becomes more complicated after several surprisingly vicious attempts are made on Bai Jiang’s life. When she discovers that her own attorneys and financial advisors are somehow involved, she of course takes matters into her own hands. Her resourcefulness, coupled with help from the triad and even from the FBI, finally bring the perpetrators to justice—sometimes legal, sometimes poetic, sometimes an eye for an eye.

Punctuating the narrative complexities are wonderful chapter titles, forty-three one-line Chinese sayings that underscore a particular event. I’ll cite just a few of my favorites. “Once on a tiger’s back, it is hard to alight.” “When testing the depths of a stream, don’t use both feet.” “Govern a family as you would cook a small fish—very gently.” “If you are in a hurry, you will never get there.” “Do not insult the crocodile until you’ve crossed the river.” “Love is blind, but friendship closes its eyes.” Each phrase also appears embedded in its chapter, when some character quotes it apropos to the situation, thus adding charm to often egregious events.

Neither Robinson nor Seventh Street Books gives any indication that this is the first of many books featuring Bai Jiang. Personally, I would love to read more. When I finished White Ginger, I definitely wanted to continue following Bai Jiang, her family and her friends. She still loves Jason, the father of her daughter, but he is triad through and through. That daughter is a lippy teen-ager who takes after her mother in some ways, her father in others. Jason’s mother, who lives with Bai and her daughter, hasn’t spoken to her son for years. So many possibilities for so many more stories. Even her best friend and partner, Lee Li, has potential. A gay charmer who swings quickly from sarcasm to rapid-fire action and back, he deserves more elaboration, too. So I, for one, encourage Robinson to write more about this intriguing cast of characters, to follow “White Ginger” in many more adventures.   – Ann Ronald 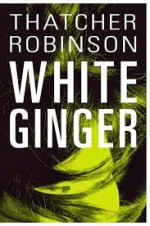 Ann Ronald is a retired English professor from the University of Nevada, Reno. Author of dozens of reviews, she’s also written a number of books about the American West. They include literary studies such as The New West of Edward Abby and Reader of the Purple Sage, cultural studies such as GhostWest and Oh, Give Me a Home, and nature writing such as Earthtones: A Nevada Album. Her latest is a work of fiction, Friendly Fallout 1953. Since retiring, she’s been reading vociferously, so “Bookin’ With Sunny” is giving her a wonderful opportunity to share thoughts about her favorite new discoveries.
More from this reviewer
PrevQueen Sugar
The Scar BoysNext