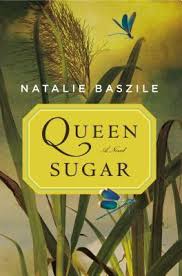 When I read a novel with an underlying premise that I can’t quite believe, I rarely like the book. Queen Sugar, by Natalie Baszile, is an exception to the rule. The story is founded on an inheritance that seems implausible to me. Charley Bordelon’s father, after selling all his California properties, purchases eight hundred acres of sugar cane in distant Louisiana. The land is to be held in trust, in perpetuity. Charley must farm it successfully, or the title reverts to charity. Why a black Californian, who fled Louisiana as a young man, would do such a thing to his daughter, a West Coast art teacher with no agricultural experience, is beyond comprehension. Thus, my distrust of the basic plot premise of Queen Sugar.

Once I suspended my disbelief, however, I found myself thoroughly enjoying Baszile’s improbable tale. Charley is a gutsy, persistent young woman; her daughter, Micah, a mouthy fledgling adolescent; her brother, Ralph Angel, an impractical, shiftless counterpoint to the energies of the Bordelon women. Miss Honey rules the Louisiana roost, while a cast of other likeable relatives and friends fill Queen Sugar’s pages with Louisiana lore. I learned more about the farming of sugar cane than I ever dreamed of wanting to know, and I thoroughly enjoyed the down-to-earth details.

Baszile’s perceives the landscape keenly, as when Charley first catches the scent of the June countryside—“the aroma of red clay, peppery as cayenne, musty as compost, and beneath it, the hint of mildew and Gulf water.” Or when a hurricane floods one of Charley’s sugarcane quadrants with hip-deep water—“a thick layer of sludge and grit coated the fields, as though someone had dredged the Mississippi and smeared its sediment across her land.” Or at harvest time, when “the Bayonne sugar mill was a jumble of geometric shapes—triangular warehouse roofs, boxy square buildings housing the boilers and evaporation tanks, parallel rows of bulging cane wagons waiting in the yard to be unloaded.” Clearly, the author knows and loves this Louisiana land.

Baszile also introduces a whole new sugar cane vocabulary. “Off-barring? Laying by? Borers?” Charley, mystified at first, soon learns what those words mean. She learns, too that her field is planted with “some three ten and a little three forty five—but that back quadrant is in pretty bad shape. Blackjack land. That three eighty-four you got out there tends to lodge.” I was as puzzled as Charley, but soon translated the lingo into meaningful blocks of information. I always appreciate a novel that lures me into an unfamiliar world, and Queen Sugar most definitely succeeds in doing exactly that.

I appreciate, too, the fact that Queen Sugar is a twenty-first century novel. Baszile approaches the realities of race relations deftly and smartly, referring infrequently to the past while unfolding the future. One example of a transcendent colorblindness gives the novel its title. Explaining the genesis of “Queen Sugar” would give away a tender scene that I shouldn’t reveal in a review, but that episode typifies the ways racial divides appear and disappear, enjoin and evaporate, in Baszile’s South. Again, I learned something from my reading. So even though I hold reservations about its underpinnings, I recommend Queen Sugar to readers who like a sweet story that stretches a bit, like cotton candy, or sugar cane.    – Ann Ronald 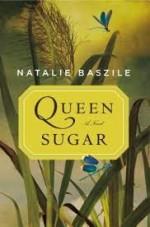 Ann Ronald is a retired English professor from the University of Nevada, Reno. Author of dozens of reviews, she’s also written a number of books about the American West. They include literary studies such as The New West of Edward Abby and Reader of the Purple Sage, cultural studies such as GhostWest and Oh, Give Me a Home, and nature writing such as Earthtones: A Nevada Album. Her latest is a work of fiction, Friendly Fallout 1953. Since retiring, she’s been reading vociferously, so “Bookin’ With Sunny” is giving her a wonderful opportunity to share thoughts about her favorite new discoveries.
More from this reviewer
PrevThe Untold
White GingerNext