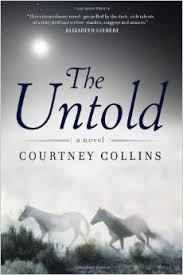 It’s been a long time since I’ve opened a book and literally fallen into its story. Courtney Collins’s debut novel, The Untold, is such a book.

It begins not with a preface, but a prelude, “Prelude to Death.” The year is 1910 and Houdini, handcuffed and chained, has jumped into the murky Yarra below Melbourne’s Queens Bridge. Entangled along with his own chains and handcuffs is the unexpected and bloated body of one who had already lost the chance to defeat death. That may be the only untold story in the book and I’m not entirely certain of that.

We know three things: Houdini, stories (told or untold), and escape. This is Jessie’s story told in the voice of her prematurely born infant whom she has just buried. “If the dirt could speak, whose story would it tell?” It is some time before the reader knows why Jessie is on the run and exactly how her child died, but the language of the narrator is as direct and harsh as the landscape of her unmarked grave.

The first telling, of the birth and death of Jessie’s child, is followed by the second, of the child’s father, a ruthless man who removes Jessie from prison with the promise to care for her on his homestead. Under his care she becomes a horse and cattle rustler and is eventually forced into marriage. She rides from the grave, returning to the still smoldering homestead to make sure her husband is, indeed, dead. Weary from birthing and burying, she again mounts Houdini and with rifle and knife rides for her life through the forest, toward the highest mountains and her freedom. “And so events seem to fold into one another, like burial and birth. The earth buckles with the stories it holds. . .”

In her young life, Jessie must rely solely on herself. Everyone she has ever loved is little more than a memory. She survives as circus performer, thief, horse-breaker, horse rustler. Bandy Arrow, a young boy she befriends in the circus, is taken away after a near fatal accident and he, too, lives in her memory, until memory folds back into the events tracking her ride to freedom.

Jack Brown, the Aborigine who, with Jessie, rustled for her husband, now searches for her. Their relationship is without a future. “’We cannot ever speak of this,’ she said. He knew her words were true. There was only danger between them.” The danger increases as Houdini takes her as far as a horse can find footing. With a price on her head for rustling and murder, her escape becomes legend.

Jessie’s story is freedom gained and lost and regained. Escaping finally, “. . . on her stomach, snaking through the long, dry grass. Jessie is my mother. Forward and back I have tracked her. I have heard her like a song.” It is a song most readers will also hear long after they close this book.     – Sunny Solomon 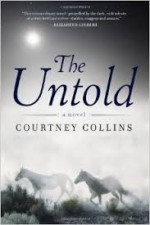 Sunny Solomon holds an MA in English/Creative Writing, San Francisco State University. She is a book reviewer for “The Clayton Pioneer” and her poetry and other writing has been published in literary journals, one chapbook, In the Company of Hope and the collection, Six Poets Sixty-six Poems. She was the happy manager of Bonanza Books, Clayton, CA and Clayton Books, Clayton, CA. She continues to moderate a thriving book club that survived the closure of the store from which it began. Sunny currently lives next to the Truckee in Reno, NV.
More from this reviewer
PrevBook Was There
Queen SugarNext