Home » Reviews » Nonfiction » When in Rome – Pope Francis Among the Wolves

When in Rome – Pope Francis Among the Wolves 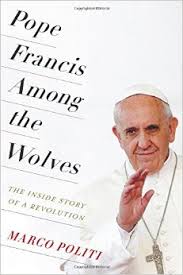 Pope Francis Among the Wolves, The Inside Story of a Revolution

While attending the Northern California Independent Booksellers Association trade show back in October, I picked up a copy of Pope Francis Among the Wolves, The Inside Story of a Revolution. Who among us wouldn’t like to get the inside scoop on Jorge Mario Bergoglio, better known today as Pope Francis? And who better to write about this surprising new Argentinian Bishop of Rome than Marco Politi, journalist and Vatican correspondent who has covered the Vatican for “La Repubblica,” ABC, BBC, CNN and others for more than thirty years and currently writes for “il Fatto Quotidiano,” the daily Italian newspaper. From the moment of Pope Benedict XVI’s resignation, or as Politi writes, “abdication,” it is clear that more than just a Vatican window had been opened.

One doesn’t have to be Catholic to wonder what is going on in Rome and what the odds might be that Pope Francis will be able to implement the steps he believes the Catholic Church must take to walk into the modern world. As much as Politi does not shy away from discussion of church dogma and tradition, this is a book about politics, about governing a church state (The Vatican). Although the author covers a lot of ground – after all, the Catholic Church may be the largest institutional organization in the world – the ground covered most thoroughly is Italian. Unlike Saint Francis, the Pope’s namesake, this Argentinian must deal with more than one wolf. Brother Wolf, who had bedeviled the Italian town of Gubbio, pales in comparison to the wolves in the Vatican, who exhibit sexual misconduct, scandalous money mismanagement, national political involvement, gluttonous appetites for power, and an entrenched disregard for women.

All it takes is a look at the book’s chapter titles to get a taste of what is covered, as in this sampling: “2-Francis’s Fear…5-The End of the Imperial Church…11-The Program of the Revolution…12-St. Peter Had No Bank Account…14-The War of the Cardinals…15-The Italian Knot.” The book begins with the machinations of what went on before and during the conclave, the assembly of cardinals gathered to elect the pope. Once elected, the author writes of Pope Francis from the voices of his friends and enemies and from the Pope’s own words, both from his writings and interviews. The Pope’s attempts at transparency, better communication and “the remaking of the curia,” are all hot topics Politi covers with experienced insight.

What makes reading this book, at this time, so eerily familiar is that we in the U.S. are in the political throes of deciding who will be our next President, something that involves a lot of money, intractable positions, fear of change, demagoguery, and cover-ups ad nausea. Now, back to Rome.

As much as the book illuminates many things the public has known from hearsay and rumor, it is not an expose. Politi has fleshed out a most unique man, a man of intelligence, depth and spirituality, a man who wants to return the Church to the people, fully aware that his journey will be an uphill struggle. “And although he is engaged in an enormous effort to reshape the Catholic Church, he does not pretend to determine the exact form it will assume in the end.” This is one terrific read and one more reason that a general readership should never disregard university press titles. – Sunny Solomon

Also available by Marco Politi in English: His Holiness, John Paul II and the History of our Times (with Carl Bernstein). 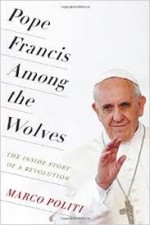 Sunny Solomon holds an MA in English/Creative Writing, San Francisco State University. She is a book reviewer for “The Clayton Pioneer” and her poetry and other writing has been published in literary journals, one chapbook, In the Company of Hope and the collection, Six Poets Sixty-six Poems. She was the happy manager of Bonanza Books, Clayton, CA and Clayton Books, Clayton, CA. She continues to moderate a thriving book club that survived the closure of the store from which it began. Sunny currently lives next to the Truckee in Reno, NV.
More from this reviewer
PrevEpitaph: A Novel of the O.K. Corral
Gutenberg’s Apprentice – Minding his Ps & QsNext