Home » Reviews » What You Have Heard is True

What You Have Heard is True 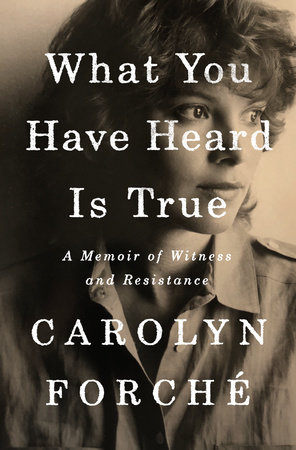 WHAT YOU HAVE HEARD IS TRUE: A MEMOIR OF WITNESS AND RESISTANCE

I can’t recall reading another book about a topic absolutely foreign to me that went like an arrow to my heart. A friend loaned me What You Have Heard Is True, predicting that I would really like it. I said, “Okay, I’ll read the memoir,” but I honestly wasn’t very interested in El Salvador twentieth century in-fighting. Even the sub-title, “Witness and Resistance,” didn’t attract me, and the first fifty pages or so—the set-up—seemed a bit slow. Then Carolyn Forché got to El Salvador, and I was hooked. What You Have Heard Is True exposes every angle of American interference in Central American politics by putting a personal face on the murderous effects of greed, corruption, military intervention, and blind indifference.

Forché first went to El Salvador in 1978, just before the tiny country suffered a destabilizing insurrection. She stayed until her safety was violently threatened. She witnessed first-hand the inequality, the insurgency, and then the inhumanity that followed. Why was Carolyn Forché, a poet by trade and inclination, drawn to such a place? The answer is part of the magic of this memoir, as she finds herself pulled into scenes of ferocity and puzzled by her own motivations.

The focus of What You Have Heard Is True is not, however, on its author. Rather, the book’s central figures are the Salvadorans themselves—the men and women meets, the lives they live in the urban areas, in the rural jungles, in the cathedrals, in the streets. Her mentor is the mysterious Leonel Gomez Vides, who arrives in America unannounced and persuades her to take herself and her upcoming fellowship to El Salvador. “If you are going to be a poet,” he tells her, “you must see the world.” Not as a tourist, he implies, but as someone who truly sees. Throughout the memoir, Leonel constantly reminds Forché to look at her surroundings in detail, to memorize the faces, to connect with the country and its people.

Now, thirty years later, she has reconstructed her observations and her experiences into a fully-fledged memoir of time and place. Sometimes she presents her unedited, free-form notes; more often, she has reworked and refined her recollections. Reading her words is to delve into a world haunted by death and destruction. “ . . . certain thoughts have kept their broken moments in my forgetfulness:” she writes, “ the abandoned road, the still-smoking crib of blackened corn, the blue smoke rising from ruined fields.” Even more heartfelt are her interactions with the survivors, and with those who “disappeared.”

Back in the United States, Forché has continued writing and publishing impassioned political poetry. She translated Salvadoran poets and wrote the text to accompany photographs taken during the years of war. As she notes near the close of What You Have Heard Is True, it took her nearly fifteen years to layer this memoir together. While it is ferocious at times, it is affectionate as well. Forche’s love for El Salvador comes through on every page, even those pages where unspeakable evils occur. Her developing curiosity—her emerging ability to truly see—comes through on every page as well. The result is a memoir of personal growth that keeps its eye on history and on a very special place in the Americas, one to which we as a nation have not been kind. – Ann Ronald

Also available by Carolyn Forché: The Country Between Us; The Angel of History; Blue Hour; Gathering the Tribes; In the Lateness of the World (coming in 2020); El Salvador, Work of Thirty Photographers; Colors Come from God, Just Like Me!; The Horse on Our Balcony; Harry Mattison: VITA; Cruelty; Until Forché; Ourselves or Nothing; History and Motivations of U.S. Involvement in the Control of the Peasant Movement in El Salvador; Against Forgetting; A God in the House, Poets Talk About Faith; Dark and Sweet 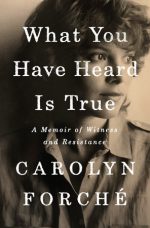 Ann Ronald is a retired English professor from the University of Nevada, Reno. Author of dozens of reviews, she’s also written a number of books about the American West. They include literary studies such as The New West of Edward Abby and Reader of the Purple Sage, cultural studies such as GhostWest and Oh, Give Me a Home, and nature writing such as Earthtones: A Nevada Album. Her latest is a work of fiction, Friendly Fallout 1953. Since retiring, she’s been reading vociferously, so “Bookin’ With Sunny” is giving her a wonderful opportunity to share thoughts about her favorite new discoveries.
More from this reviewer
PrevMy Grandma and Me
Tahoe Deep – Diving for treasureNext