Home » Reviews » My Grandma and Me

My Grandma and Me 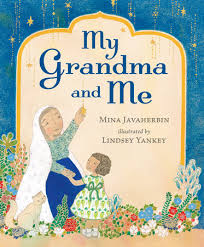 MY GRANDMA AND ME – Unlearning Otherness one child at a time.

Picture books have, for me, become a passion. As much as their stories may appear to be uncomplicated at a first reading, they often carry important life lessons in the hands of a gifted writer and illustrator. But those lessons are doubly effective when the reader, grandparent, teacher, parent, or babysitter is alert and insightful.

My Grandma and Me, by Mina Javaherbin, an Iranian American, and illustrated by award-winning illustrator Lindsey Yankey, is just such a book. Life’s lessons are best taught by experience as Mina learns from her loving and generous grandmother.

The apartment Mina lived in was on the third floor, and her best friend Annette lived in the apartment next door to her. As luck would have it, Grandma’s best friend was Annette’s grandmother.

If this book is read to a Muslim child, that child will recognize many of the things that Mina and her Grandma do, from waking for namaz (first prayers in the morning), to watching her grandma make “all kinds of chadors,” to finally being old enough to fast with her grandma during the month of Ramadan.

If this book is read to a non-Muslim child, that child will recognize that Annette’s grandma does not wear a chador, and instead of going to a Mosque, that grandma takes Annette to her church. But both grandmas have a great time together while making blankets which they donate to their mosque and church.

The illustrations by Yankey give Mina’s story depth and lightness which reflects the floral beauty of Iran’s culture and the generosity of Mina’s grandmother. Although Mina does not help sew the chadors, Grandma allows Mina to cover a table with many chadors creating a secret place to build Mina’s rocket ship. If we go back to the pages where Grandma wakes Mina for namaz, we can see things in Mina’s bedroom that reflect her interest in science. An astronaut picture is hung above her bed and in her toy chest is a rocket ship and on a shelf in her bedroom is an orrery (a mechanical model of the solar system).

The illustrations become a visual narrative of the friendship both young girls experience while playing with their dolls (grandmas in the background talking and sharing coffee) and playing hopscotch outside (while the grandmas are busy upstairs talking and knitting). Not once does Javaherbin ever say anything about people of different cultures and appearances getting along and even forming great friendships. But that is the subtle and important part of Mina’s story.

So, we have a great story and seriously wonderful illustrations, now where does the reader come in? I can only speak from my own experience, but I read the book several times before trying it out on the grandkids. I had to google “Chador” so I could pronounce it almost correctly. I read the author’s notes at the back of the book to find out if Iranian children really called their grandmas “grandma.” I learned the words “maman-bozorg” and “Khanom” and looked them up as well. And I found out the name of the mechanical model of the solar system.

My Grandma and Me is filled with so many things that children with loving grandmas have in common. Without a word, the story tells us that friendships do not depend on two people being exactly alike. The story gives the reader so many topics to raise with the child being read to: How do we know that Mina loves science? How do we know the grandmas care deeply for each other and others they may not even know? What is a chador? Where is Iran (you need a nearby atlas or globe for that answer)?

It may be well and good to teach our school children about racism and how to respect people who are not like ourselves. But I believe if we wait until the children are of school age, it is too late as reflected in the song by Rogers and Hammerstein, You’ve Got to be Carefully Taught. And mostly, it is children not of color who need stories like My Grandma and Me, which reminds me of the power of words to unlearn otherness, if only one child at a time.  – Sunny Solomon 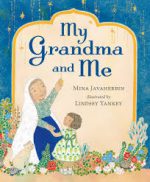 Sunny Solomon holds an MA in English/Creative Writing, San Francisco State University. She is a book reviewer for “The Clayton Pioneer” and her poetry and other writing has been published in literary journals, one chapbook, In the Company of Hope and the collection, Six Poets Sixty-six Poems. She was the happy manager of Bonanza Books, Clayton, CA and Clayton Books, Clayton, CA. She continues to moderate a thriving book club that survived the closure of the store from which it began. Sunny currently lives next to the Truckee in Reno, NV.
More from this reviewer
PrevThe English Wife
What You Have Heard is TrueNext