Home » Reviews » What It Takes, How I Built a $100 Million Business Against the Odds

What It Takes, How I Built a $100 Million Business Against the Odds 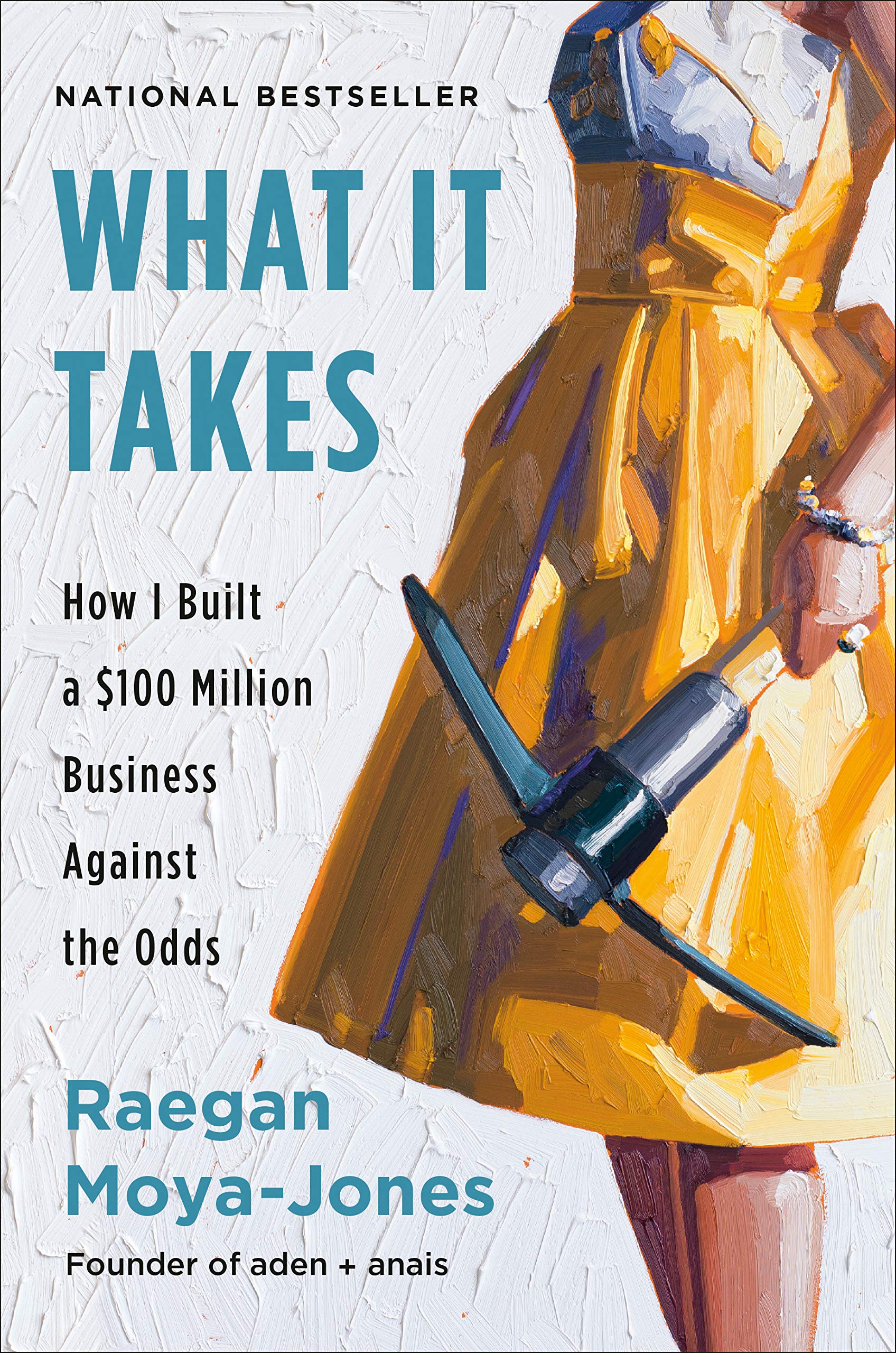 What it Takes is a lot of grit to pick-ax your way through today’s entrepreneurial world. I have never reviewed anything that comes close to a book about business, but learning about Raegan Moya-Jones, a savvy young woman from Australia who moves to the U.S., and after marriage and motherhood, builds a business worth more than a hundred million dollars, I couldn’t pass it up.

What it Takes, How I Built a $100 Million Business Against the Odds is Moya-Jones’s take-no-prisoners memoir of her success. I have already gift-wrapped a copy of the book for my granddaughter, earmarked for her fifteenth birthday, if not sooner.

Moya-Jones wastes no time in telling us how unlikely an entrepreneur she might be: no MBA, no BA, no technophile persona, and beyond sales, her business experience was nil. She was, however, “a full-time corporate cog,” a wife and a mother. What made her think she had something in mind that could become a successful business?

While visiting with an Aussie friend who is also a young mother, the subject of “wraps” comes up. Not like food wraps but wraps to swaddling babies. She and her friend talk about the “gauzy muslin swaddling blankets” used by Australian mums, but as far as Moya-Jones could tell, it was a product unheard of in the States. The seed is planted in the minds of both women. What Moya-Jones doesn’t know about business, she knows about the product.

Trust in Your Idea is the chapter that sucked me in. The author’s enthusiasm about starting her own business, of what she instinctively understood she would have to find out about and her flat-out belief that she and her friend Claudia could do it. Some of Moya-Jones’s early advice to readers wanting to learn from her experience includes the following:

Moya-Jones’s tenacity, imagination, and faith in the products she wanted to manufacture and sell were the assets that moved her through the gender-biased roadblocks at almost every step. That is what makes this book a compelling and hard-to-put-down read.

In some ways, What It Takes is exactly that, a book of instructions especially honed for the female entrepreneur. The  chapter titles say it all, from Trust In Your Idea, Don’t Let Doubt Stop You, Mum Guilt, Expect Surprises, Choose Your Partner Wisely (her partnership with Claudia does not survive), Know When to Sell and to Exit With Grace. Gender bias often appears in the acquisition of funding and the recognition of female leadership. I’m reminded that assertive females are considered bossy, yet that same assertiveness in males is called leadership. What Moya-Jones found was that “Women are encouraged to be more like men in business—that is, less emotional, less reactive, less feminine. I couldn’t disagree with this sentiment more.”

As I read this book, I began to think of how many women, young or old, are not encouraged to take a serious look at where they might fit in business. And yet these women may be filled with ideas about better mousetraps just waiting to be built. What It Takes is an invitation to step into the world the author built.  Moya-Jones’s wealth is what she carries inside, a wealth she encourages other women to find in themselves. What It Takes is must-reading for women everywhere.   –   Sunny Solomon 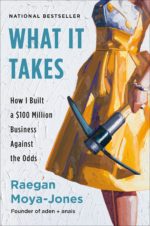 Sunny Solomon holds an MA in English/Creative Writing, San Francisco State University. She is a book reviewer for “The Clayton Pioneer” and her poetry and other writing has been published in literary journals, one chapbook, In the Company of Hope and the collection, Six Poets Sixty-six Poems. She was the happy manager of Bonanza Books, Clayton, CA and Clayton Books, Clayton, CA. She continues to moderate a thriving book club that survived the closure of the store from which it began. Sunny currently lives next to the Truckee in Reno, NV.
More from this reviewer
PrevThe Only Kayak; John Muir and the Ice that Started a Fire; Jimmy Bluefeather
Return of the Sea OtterNext