Return of the Sea Otter 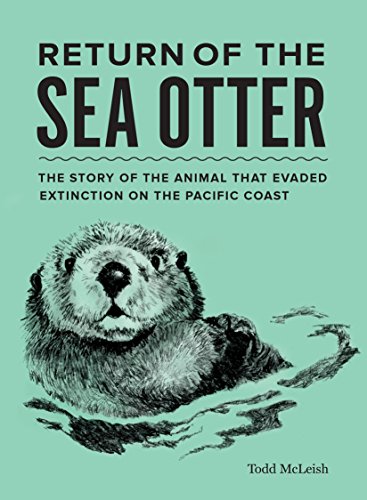 RETURN OF THE SEA OTTER, THE STORY OF THE ANIMAL THAT EVADED EXTINCTION ON THE PACIFIC COAST

I recently heard an excellent Reynolds School of Journalism panel discussion on the topic of writing about science in audience-friendly ways. Thinking about the useful suggestions offered by the panelists, I decided to read Todd McLeish’s Return of the Sea Otter. Might he use the same techniques the panelists recommended? The answer, quite simply, is yes. McLeish’s book exemplifies good science writing, offering a wealth of information about sea otters, their near-extinction, and marine biologists’ successful efforts to bring them back to sustainable numbers. At the same time, as Return of the Sea Otter’s subtitle implies, McLeish tells a good story. “The Story of the Animal that Evaded Extinction on the Pacific Coast.”

The fur of sea otters is exceptionally dense—as many as one million hairs in a single square inch. Their pelts were so valued that nineteenth-century fur traders from California to Alaska nearly eliminated sea otters. Many west coast shorelines no longer had any sea otters at all, while others boasted only a few struggling residents. McLeish begins with the southernmost population center on the central California coast, an area that once supported some sixteen thousand sea otters and that held only fifty or so by the 1920s. By 2016, thanks to scientific and preservationist efforts, that number had grown to nearly three thousand.

Relocation and reintroduction, both in California and in southeast Alaska shores, has not come without controversy, however. Returning the ocean habitat to its natural pre-nineteenth century state (along with overfishing) has led to the decimation of a shellfish population that had blossomed in the sea otters’ absence. Fishermen reliant on shellfish hate what they see as intruders ruining their livelihood. At the same time, however, without so many shellfish, kelp has increased to its natural levels, and thus the ocean is a healthier locale, much like it was before sea otters were over-hunted. McLeish explains the ironies and the complexities using, as I said at the outset, techniques favored by the knowledgeable panelists I just heard.

First of all, the stories. McLeish’s chapters follow a narrative arc, taking the reader somewhere new, introducing the reader to stories of that place. We accompany McLeish on a day-long research mission in Monterey Bay to band sea otters and implant them with transmitters. We sit with him in a Klawock public meeting during a heated exchange between Fish and Wildlife Service employees and native fishermen. We watch while Otter 679, a rescue pup later renamed Pumpkin, is taught to groom herself.  We circumnavigate Nootka Island in a sailboat, taking part in a population count of the sea otter residents. In every chapter of Return of the Sea Otter, we are drawn into narratives about the “cute” furry animals and those who interact with them.

That’s another effective technique, adding people and their personalities to the scientific facts and figures. Occasionally McLeish even succumbs to anthropomorphism, though he laughs at himself when he uses such imagery. Purists may complain, but the fact is that this method does bring the animals themselves to life by using comparisons relatable to human readers. McLeish makes the scientific data relatable, too. I learned a lot, not only about sea otter habits but also about their habitats. After a lot of library research and in-depth conversations with countless field researchers, too, McLeish smoothly turns data into readable and accessible prose.

In short, he does exactly what those panelists were recommending. Return of the Sea Otter is a model of a blend of science, journalism, and nature writing.  Each chapter introduces us to a number of appealing characters and investigates their interactions with an animal that tourists love to love (even if fishermen are less enthusiastic). Each chapter contains a plethora of useful scientific information about sea otters. And each chapter pursues a winning narrative arc. Yes, Return of the Sea Otter tells a good story. I strongly recommend it.   –  Ann Ronald 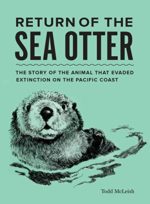 Ann Ronald is a retired English professor from the University of Nevada, Reno. Author of dozens of reviews, she’s also written a number of books about the American West. They include literary studies such as The New West of Edward Abby and Reader of the Purple Sage, cultural studies such as GhostWest and Oh, Give Me a Home, and nature writing such as Earthtones: A Nevada Album. Her latest is a work of fiction, Friendly Fallout 1953. Since retiring, she’s been reading vociferously, so “Bookin’ With Sunny” is giving her a wonderful opportunity to share thoughts about her favorite new discoveries.
More from this reviewer
PrevWhat It Takes, How I Built a $100 Million Business Against the Odds
Nomadland, Surviving America in the Twenty-First CenturyNext