An Unfinished Life and Bone Fire 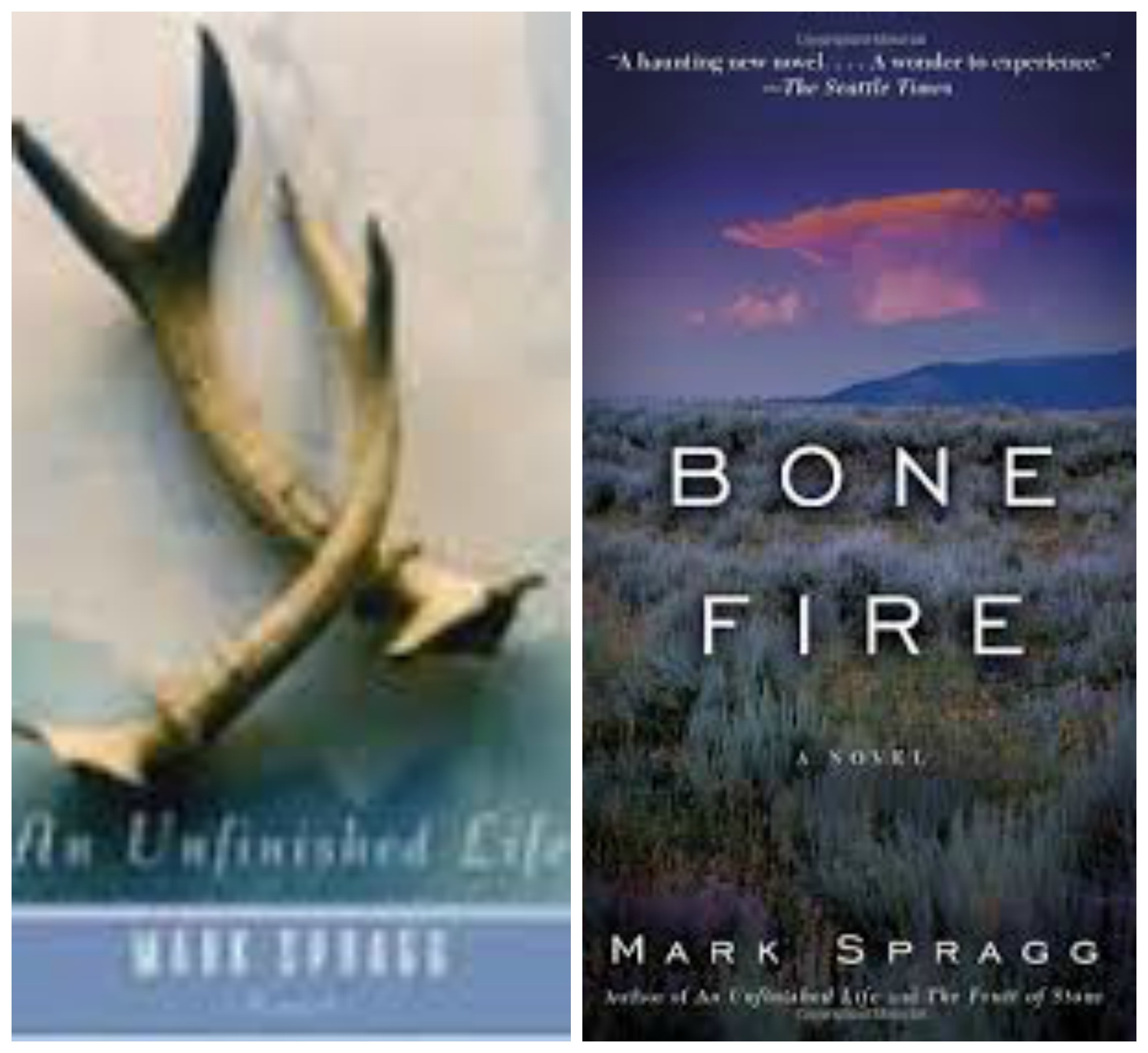 Although they share many of the same characters and are set in the same small Wyoming town, An Unfinished Life and Bone Fire are two very different novels. The first follows ten-year-old Griff Gilkyson as she meets a grandfather she never knew and discovers a way of life she never knew existed. The sequel occurs a decade later, when Griff returns to Ishawooa to care for the now eighty-year-old Einar whose health is failing.

The overarching theme of An Unfinished Life is Griff getting to know herself and her capabilities, while the concerns of Bone Fire focus more on death and dying. The former’s linear trajectory follows Griff’s development, while the latter’s circuitousness moves back and forth between a number of Ishawooa stories and considers a number of lives in varying stages of growth and decay. In short, An Unfinished Life essentially examines how to live well, and Bone Fire significantly explores how to die well

Such a thematic generalization, however, oversimplifies the nuances of the two novels. An Unfinished Life has its share of death, too, most notably the slow deterioration of a wonderful elderly character (played by Morgan Freeman in the Robert Redford movie, An Unfinished Life). As Griff learns to live her own life, she gleans valuable lessons from the dying Mitch, her grandfather’s best friend. Bone Fire continues to follow Griff’s maturation, but this time her dilemmas are adult ones. While she is weighing her artistic talents against her decision to drop out of college, she also is worrying about the strength of her love for Paul. It’s almost as if the two novels were thematic mirror images of each another, one centered on life but shadowed by death, the other darkened by death but highlighted by future possibilities.

Several related storylines are important in both books. Griff’s mother, Jean, plays a central role. An Unfinished Life repeatedly refers to Jean’s checkered past, beginning with Griff’s father’s untimely death, his unfinished life, and continuing with the bad decisions Jean insists on making. At the time of Bone Fire, Jean is now married to the local sheriff, Crane, who keeps his diagnosis of ALS a secret from her. Their dysfunctional relationship parallels the decline of Einar. Another narrative string involves Kenneth, a young wanna-be cowhand, his citified father, and his more rural surrogate father. Kenneth provides a welcome young counterpoint to Einar and Crane and the troubled Jean. He even brightens Griff’s worries, and lightens Bone Fire when the multiple plots get too gloomy.

Mark Spragg is a talented Wyoming writer who knows and loves the local landscape. His pen brings the scenery to life, and the land serves almost as another character in his prose. As a matter of fact, it often underscores what is happening to the characters: an unwise horseback descent down a shale slope that Griff negotiates safely, a violent hail and thunder storm that kills a cow and her heifer without mercy, a glorious night ride under the moonlight and stars.

I read Spragg’s memoir, Where Rivers Change Direction, years ago, and have never forgotten the power of his own progress from boyhood to manhood. An Unfinished Life and Bone Fire are equally well-written, with people I grew to love and with details descriptively fresh. For those who relish the rural west and landscape pared to its essence, I highly recommend Spragg, one of my favorite contemporary western writers. – Ann Ronald

Also available by Mark Spragg: The Fruit of Stone; Where Rivers Change Direction.

Ann Ronald is a retired English professor from the University of Nevada, Reno. Author of dozens of reviews, she’s also written a number of books about the American West. They include literary studies such as The New West of Edward Abby and Reader of the Purple Sage, cultural studies such as GhostWest and Oh, Give Me a Home, and nature writing such as Earthtones: A Nevada Album. Her latest is a work of fiction, Friendly Fallout 1953. Since retiring, she’s been reading vociferously, so “Bookin’ With Sunny” is giving her a wonderful opportunity to share thoughts about her favorite new discoveries.
More from this reviewer
PrevThe Naked and the Dead
The Long Way HomeNext