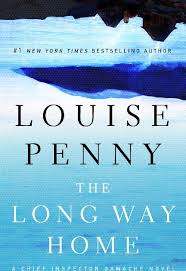 Inspector Armand Gamache has now retired, but I can only hope that this is not his last detecting adventure.  He has entertained and beguiled me since reading his first solution in Still Life. Gamache is one of the few literary detectives that I’d like to drink Scotch with. Or, since literature, art, and food figure prominently in Penny’s books, we could make an evening of it.

Gamache has always been a detective with a difference, and it’s not just that he is the retired Chief Inspector of the homicide division at Sûreté du Québec. His essential difference is that he lives both his personal and professional selves with a firm belief that to have a meaningful life or to solve a murder requires one to understand his and others’ emotions. Gamache does not denigrate the role of reason, evidence, and deduction in solving murders, but believes correctly interpreting the evidence and making the proper deductions requires that one must come to understand some of the mysteries that reside in everyone’s heart – mysteries that are often connected to the Seven Deadly Sins. Although Gamache carries his religious beliefs lightly, they are in evidence, especially the importance of empathy and forgiveness.

Having retired with his brilliant wife and perfect rescue dog to the tiny village of Three Pines, Québec, near the Vermont border and scene of many of his previous murder investigations, Armand Gamache sits every morning on a bench placed on a rise that overlooks the village. Everyone can see him. He can see everyone.  They are all simpatico if not entirely sane. He reads the same book every day, appearing to begin at the beginning each day, but never finishing.  How mysterious. Clara, an old friend and award-winning painter, approaches to ask him about the book, but doesn’t say what is really in her heart. Gamache coaxes the unsaid to be said by asking her a simple question: “Why are you here, Clara?”

Clara speaks of her fears; at the center of them lies a mystery involving her husband, Peter, himself a famous artist. Unlike Clara, however, Peter’s career trajectory has flattened while his wife’s is ascending steeply. There is jealousy. The marriage has faltered.  Peter and Clara agree to a year-long separation. Peter has not returned on the date previously agreed to. Call out the hounds?

Not in a Louise Penny story. The hounds would become hopelessly confused. The story line is never simple because the people involved are complex. They have multiple, conflicting motives and are not always socially competent. There are usually two overlapping story lines and sometimes three. Typically, each involves a mystery of its own, but not all of the mysteries involve a murder.  In The Long Way Home, as it happens, no known murder has yet occurred when Clara confesses her anguish that Peter has not yet found his way home.

Although Gamache has no official standing he asks his son-in-law, Sûreté inspector Jean-Guy Beauvoir, to help him probe unofficially the puzzle of Peter’s absence. Although Three Pines retains its emotional grip on the unfolding story, Gamache,, Jean-Guy, and Clara are soon led from Three Pines to visit Peter’s parents in Québec (a horror), then to the art college in Québec where Clara and Peter met (academic intrigue), then to small, isolated towns along the St. Lawrence River (picturesque but deadly).  Art is at the center of the swirling story lines.  No matter where the detectives find themselves, the emotions evoked by art and paintings suggest the clues. Artistic emotions go beyond truth and beauty to envy, greed, insanity, and murder. Gamache finds himself caught between his desires for sanctuary and healing and his equally compelling desires for compassion and forgiveness.

You may enjoy reading The Long Way Home.  If so, then give yourself additional pleasure by reading the Inspector Gamache stories in order if you haven’t already.   – Neal Ferguson

Also available by Louise Penny: Still Life; A Fatal Grace; How the Light Gets In; The Cruelest Month; A Rule Against Murder; The Brutal Telling; The Beautiful Mystery; Bury Your Dead; A Trick of the Light; The Hangman; Dead Cold. 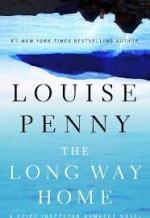 Neal Ferguson is a self described Anglo-phile. After studying for a PhD in British history and doing research for a year in various British archives, he came to the University of Nevada in 1970 to teach. Soon he found himself in administration where he remained until 2003. After returning to full-time teaching a decade ago, he decided to concentrate his teaching energies on Medieval British history and various global aspects of World War II. Dedicated to Ambrose Bierce’s proclamation that the purpose of war is to teach Americans geography, Neal insists that his students accompany him (in class) to sundry east European rivers and steppes, African deserts and jungles, south-east Asian mountain ranges and peninsulas, and small islands and coral reefs in the Pacific. Currently he is writing a book about the ups and downs of General Douglas MacArthur’s military reputation.
More from this reviewer
PrevAn Unfinished Life and Bone Fire
The Bartender’s TaleNext