Home » Reviews » This Fight is Our Fight

This Fight is Our Fight 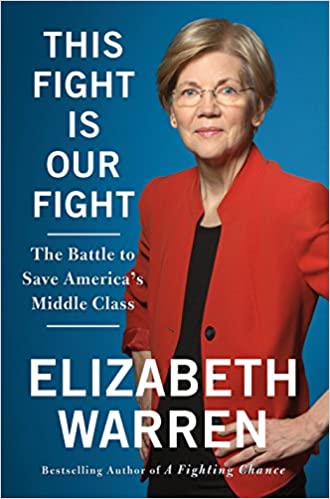 This Fight is Our Fight, written as teacher, scholar, and public servant with heart.

When I think of Elizabeth Warren, I think of three things: teacher, scholar, and someone who genuinely cares about ordinary people. Her political polemic, This Fight Is Our Fight, demonstrates all three of these not inconsiderable strengths with a vengeance.

An effective teacher makes complex concepts understandable to her students. Warren, a Harvard law professor before she became a United States senator, knows exactly how to explain the inexplicable. She unravels illogical political conundrums that make no sense at all and does so in completely logical ways. For example, she devotes one chapter to the role that money plays in politics, the overarching influence of lobbyists, their corporate mindsets, their billionaire puppet masters. At the same time, she connects that abstract power to details of human life, showing how a trade policy can lead to a factory closing can cause a real human being, Michael, to lose first his job and then his home. A talented teacher does just that—connects the dots that allow her thoughtful students to question, to extrapolate, to learn.

A well-published scholar does the same, writes understandable prose that directs a reader somewhere. Some scholarly writers never manage to own their material, to develop an argument rather than just regurgitate facts. Warren is a master at taking charge of her information and using it to lead. The final chapters are the strength of This Fight Is Our Fight. Just as I was beginning to be depressed by the recalcitrance of the Washington, D.C., beltway mindset, Warren turns off the stalemated negativity and steers her readers in the opposite direction. She suggests concrete ways we can make a difference. Battle bigotry, she insists. Build opportunities for everyone, not just for the privileged few. And insist upon democracy, giving each and every voter equal access to the polls, thwarting big money interests when those interests conflict with the common good. We can follow her suggestions in our own states, while she and her fellow democratic senators continue to pursue the same ends in Congress. Battle bigotry, build opportunities, strengthen democracy—a blueprint for her 2020 presidential run.

Finally, Warren demonstrates a genuine humanity too often missing in professional politicians. The subtitle of This Fight Is Our Fight, “The Battle to Save America’s Middle Class,” makes her position clear. She never loses sight of her middle-class roots, just as she never loses sight of the ways in which political decisions affect human lives. She describes how, after her father’s heart attack, her mother had to work at a minimum wage job to pay the rent and put food on the table. At the time, a minimum wage was sufficient to cover those costs. It no longer suffices. Warren tells a parallel story of Gina, who today works erratically scheduled hours for wages that do not cover her family expenses and whose job is subject to the whims of her employer, a mega box conglomerate that treats its employees as expendable. Warren also recounts her own student history, when college was affordable even for a kid with no money. Then she describes Kai’s ongoing ordeal, $100,000 in student debt with an exorbitant interest rate. Warren uses these three ordinary people—Michael, Gina, Kai—as touchstones throughout This Fight Is Our Fight, showing over and over again that their fights are truly our fights and that, to date, the system is failing them.

Even a reader who disagrees with Warren’s politics (though I don’t suppose such a person would buy this book) must be struck by her consistency. She takes on the system, but she does so as a teacher, as a scholar, and as a caring human being. The result is a first-rate dissection of where our democracy is going off the rails and how it can be repurposed in the right direction. For anyone who, like me, is a bit of a political junkie, This Fight Is Our Fight is a must-read! – Ann Ronald 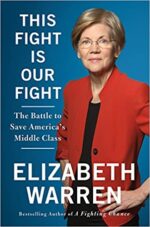 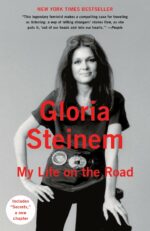 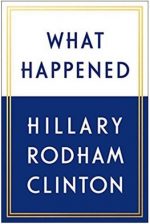 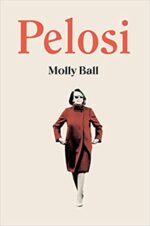 Ann Ronald is a retired English professor from the University of Nevada, Reno. Author of dozens of reviews, she’s also written a number of books about the American West. They include literary studies such as The New West of Edward Abby and Reader of the Purple Sage, cultural studies such as GhostWest and Oh, Give Me a Home, and nature writing such as Earthtones: A Nevada Album. Her latest is a work of fiction, Friendly Fallout 1953. Since retiring, she’s been reading vociferously, so “Bookin’ With Sunny” is giving her a wonderful opportunity to share thoughts about her favorite new discoveries.
More from this reviewer
PrevFlight Patterns
The Widows of Malabar HillNext