The Widows of Malabar Hill 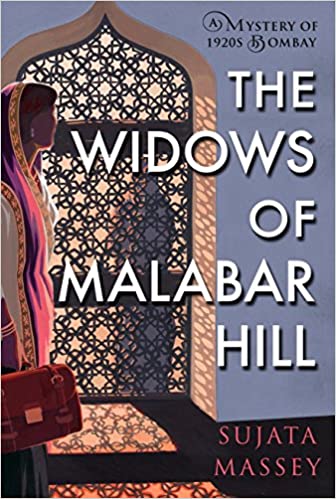 Once again, I’ve discovered a new mystery series that has absolutely captured my imagination.  The Widows of Malabar Hill, written by Sujata Massey, features Perveen Mistry, a young Indian woman who studied law at Oxford and has now returned to her Bombay home. Set in the early twentieth century, Massey’s The Widows of Malabar Hill introduces her readers to a faraway land and to a fascinatingly modern young woman. Of course, Perveen Mistry is out of sync with her homeland, but that is a key ingredient of her charm,

The Widows of Malabar Hill actually tells two stories. One involves the three widows of Omar Farid, a long-time client of Perveen’s lawyer father. Looking over his papers and those received by the Mistrys from the guardian Farid appointed to look after the interests of his three wives, Perveen suspects potential legal problems. Shortly thereafter, the guardian is killed, and the plot quickly centers on his murder. At the same time, Massey also fills in Perveen’s history, how she began studying law at the Government Law School in Bombay, how she ended up at Oxford instead, and how she now works side-by-side with her father even though women were not allowed to practice law at the time.

One reason to enjoy The Widows of Malabar Hill is the delightful characters. Perveen has been raised by her Zoroastrian parents to be forthright and self-assured. She also understands the cultures which surround her and is sensitive to their innuendos. For example, the three Muslim wives practice purdah, living together in seclusion from all other people and never speaking to men. This is what makes Perveen’s presence so valuable. She can talk to the widows, whereas her father and the police investigating the guardian’s murder cannot. Her father cuts a fine figure, too. Astute and knowledgeable about the law, he appreciates his daughter’s talents even when her stubbornness leads her astray. I liked her mother as well. More subtle than her daughter, she is equally determined. Just as strong-minded is another Oxford graduate, Alice Hobson-Jones, the British daughter of a colonial government leader. Alice lends levity to The Widows of Malabar Hill, but she also uses her mathematical skills to help her best friend solve the murder.

As much as I liked the characters, though, I relished the legalese even more (and I’m someone who never, ever, wanted to be a lawyer!). When she created Perveen, Massey was inspired by the life of Cornelia Sorabji. Sorabji was the first woman lawyer in India. Like Perveen, Sorabji was Oxford-educated and then practiced law for many years before she was fully recognized and accredited. The legal impasses suffered by Perveen were those endured by Sorabji, too. Even more convoluted were the legal complexities of India. I had not realized that Zoroastrian (Parsi) law differed from Hindu or Muslim law, while British law was codified by another set of norms. Thus, a Hindu suspect would be treated differently than a British suspect, or a Parsi wife might be subjected to a different set of marital mores than a Muslim woman. Depending on the court, Perveen and her father must adjust their reasoning and their use of case law. Protocols differed, as did precedents. The Widows of Malabar Hill offers a plethora of legal instruction to the untrained mind and does so in ways I found eye-opening and smart.

I am assuming that Sujata Massey’s sequel, The Satupur Moonstone, is equally well-conceived and well-executed. There is a third Perveen Mistry mystery in the offing, too. The Bombay Prince is scheduled to be published in June 2021. I’m eager to read both of them, to follow more Perveen adventures, and to learn more about the legal community in 1920s India. Certainly, The Widows of Malabar Hill was a first-rate beginning to what promises to be a fine series for Soho Crimes. – Ann Ronald 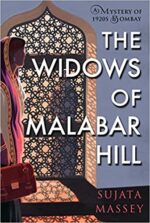 Ann Ronald is a retired English professor from the University of Nevada, Reno. Author of dozens of reviews, she’s also written a number of books about the American West. They include literary studies such as The New West of Edward Abby and Reader of the Purple Sage, cultural studies such as GhostWest and Oh, Give Me a Home, and nature writing such as Earthtones: A Nevada Album. Her latest is a work of fiction, Friendly Fallout 1953. Since retiring, she’s been reading vociferously, so “Bookin’ With Sunny” is giving her a wonderful opportunity to share thoughts about her favorite new discoveries.
More from this reviewer
PrevThis Fight is Our Fight
CheckmateNext