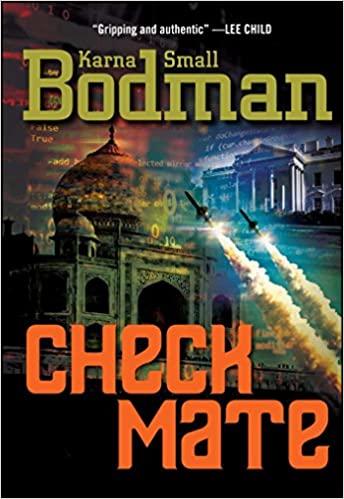 Checkmate, a thriller benefitting from its author’s political experience and her tech-world expertise.

Karna Small Bodman’s background gives her special insight into the subtleties of international intrigue. She served in the Reagan White House for six years, first as deputy press secretary to Jim Brady and then as senior director of the National Security Council. Now she writes thrillers, using her unique experiences and insights to convey politics and diplomacy, enemy attacks and peaceful negotiations, the seaminess and splendor of Washington, D.C.

Bodman’s first novel, published in 2007, is Checkmate, a high-tech thriller involving missile launches and computer foils. She acknowledges that Checkmate’s plot grew out of imagining an alternative to Reagan’s MX missile project. Bodman speculates about the possibility of computers, rather than other launch missiles, attacking airborne projectiles not to destroy them but rather to take over their controls. Her plot features Dr. Cameron Talbot, a rigorous scientist whose expertise is to design programming that will capture the software of incoming missiles and send those very destructive missiles directly back to wherever they were launched.

When the novel begins, Cammy’s codes have only worked once, in a test that she cannot quite replicate no matter how many times she tries. As she works to reproduce that initial success, disparate interests force her to speed up her science. There is the world of Washington, D.C., funding, with the infighting of competing corporations, the military-industrial complex, countless lobbyists, and self-interested politicians. There also is the world of geo-political jockeying. In this case, India, Pakistan, and a group of Muslim terrorists are determined to cause chaos for everyone else. Everyone wants a piece of Cammy’s inchoate anti-missile defense system, or else they want her dead.

Checkmate contains countless insider revelations. This is where Bodman shines—scenes at high-stakes cocktail and dinner parties, shabby vote trading, double-dealing, and outright espionage. Her characters might well be stepping out of our daily television news, so realistic are their self-serving portrayals. To complicate matters, Bodman plays her political game with her cards held close to her chest. Not until the very end of Checkmate does the reader learn who might be betraying Bandaq Technologies, Cammy’s company, and who might be Bandaq’s allies in the rush to bring Cammy’s programming to fruition.

The operational methods of these women differ from your run-of-the-mill thriller. Much of the action takes place intellectually rather than physically. There are physical altercations, even brutal attacks and murders in Checkmate, but Cammy doesn’t overpower her adversaries like an action hero might do. Instead, she outthinks her foes. So, this novel is a welcome respite from the larger-than-life macho protagonists of so many thrillers today, just as Karna Small Bodman’s finesses are a welcome alternative in the physical fictional world of international interplay and intrigue. –  Ann Ronald

Bookin’ with Sunny is an enthusiastic supporter of Independent Bookstores and Public Libraries. 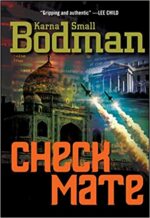 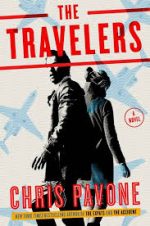 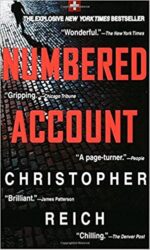 Numbered Account – Reich bifurcates his novel between the intricacies of Swiss banking and one fast-paced thriller. Christopher Reich has written what I would call

Ann Ronald is a retired English professor from the University of Nevada, Reno. Author of dozens of reviews, she’s also written a number of books about the American West. They include literary studies such as The New West of Edward Abby and Reader of the Purple Sage, cultural studies such as GhostWest and Oh, Give Me a Home, and nature writing such as Earthtones: A Nevada Album. Her latest is a work of fiction, Friendly Fallout 1953. Since retiring, she’s been reading vociferously, so “Bookin’ With Sunny” is giving her a wonderful opportunity to share thoughts about her favorite new discoveries.
More from this reviewer
PrevThe Widows of Malabar Hill
Time for Bed Old HouseNext