They Met at Wounded Knee 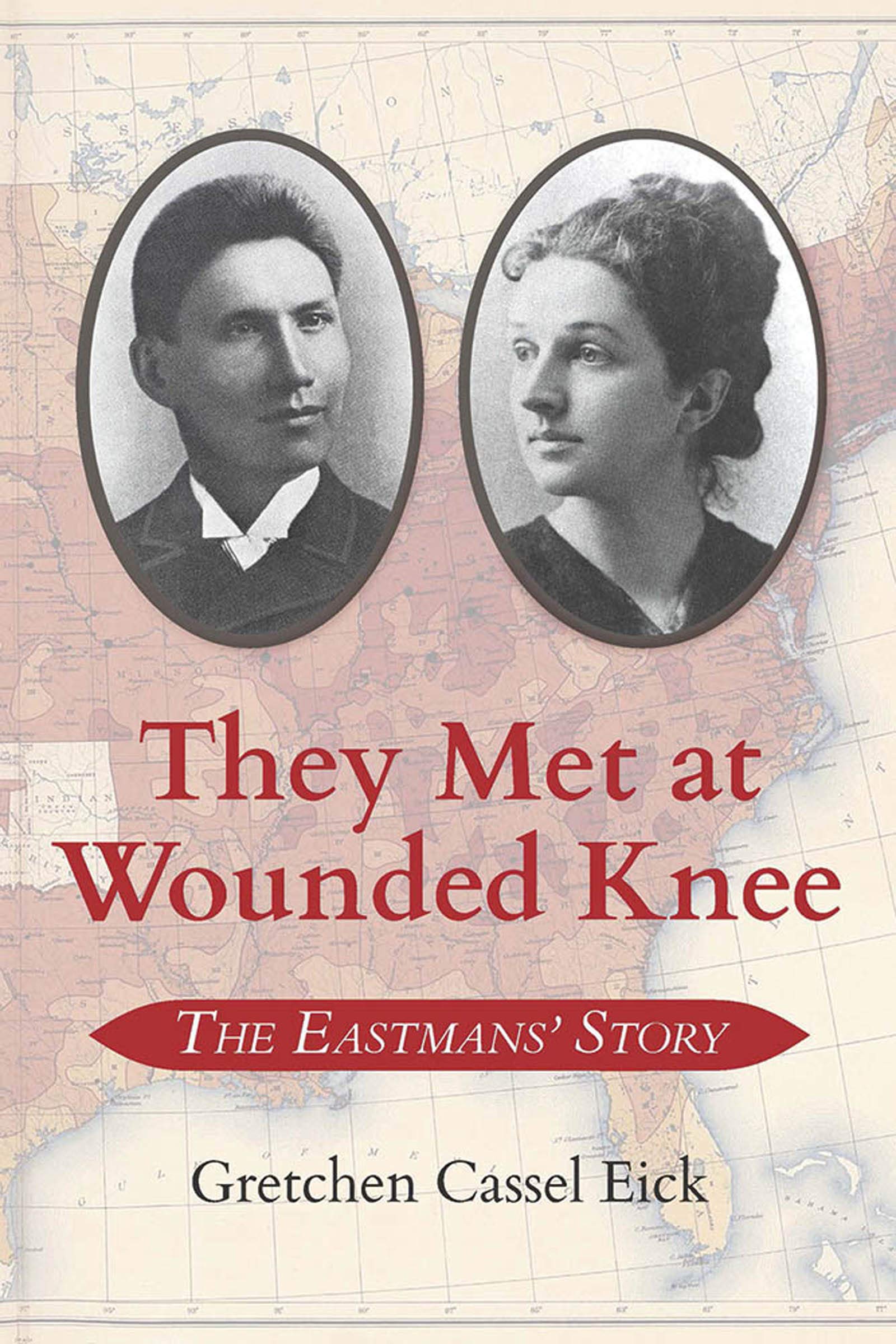 THEY MET AT WOUNDED KNEE

How true, you can’t judge a book by its cover! That holds especially true for Gretchen Cassel Eick’s book, They Met at Wounded Knee. Pictured on the DJ are the two Eastmans: Charles, a Dakota Sioux who was the first American Indian to graduate from Dartmouth, who finished medical school only a few years later, and who played a significant role in American Indian affairs for decades, and Elaine Goodale, a home-schooled, self-taught poet from Massachusetts with Puritan forefathers and a circumscribed New England upbringing. Picking up They Met at Wounded Knee, I expected a biographical narrative, a historic love story describing the course of the Eastmans’ most unusual marriage.

Instead, I found that their union was like a supple thread. On that cord, Eick could string heavy beads of history about what was happening to the American Indians (the term used at the time by the Eastmans, and thus contextualized by Eick) during the late nineteenth and early twentieth centuries. The beads that Eick strings are strikingly hung. Her research seems to me both thorough and impeccable, as she conveys large swatches of upper Plains history in accessible and readable terms. I learned an enormous amount I didn’t know about the colonization and subsequent Indian wars in Minnesota and the Dakotas. Eick communicates massive amounts of material that any reader of history will enjoy perusing.

Most intriguing were the shifting sands of American attitudes toward the indigenous tribes: Whether to assimilate the natives or isolate them on reservations; Whether to send children away to Indian schools or leave them with their families; Whether to give families allotments or force men and women into unsuitable occupations;  Whether, even, to allow indigenous people the right to vote. Charles and Elaine’s stances changed with the years, mirroring the moods of public opinion. Before she went west, Elaine taught at Pennsylvania’s Carlyle Indian School, but her commitment to such educational institutions wavered as the twentieth century progressed. Charles hated allotments yet spent countless years working to name and then register families for their shares.

Eick has a knack for synthesizing historic patterns and trends. The early chapters of They Met at Wounded Knee center on historic events. The later ones put Eick’s research into perspective. For example, “Blacks, Reds, Whites, and Writing History” examines how different ethnic groups were treated differently by their “colonizers.” Turn of the century Indians could ride with whites on trains, but couldn’t vote, while the opposite held true for Blacks. Eick also points out trends from a hundred years ago that remain trends today. The final sentence of They Met at Wounded Knee summarizes her thoughts.” Perhaps the most sobering pattern from their (the Eastmans’) time that still haunts our own is the dismissal of the voices and insights of those most affected by government decisions.”

Because the Eastmans were both prolific writers, their opinions and their actions are immediately accessible. They published eleven books each, memoirs, children’s stories, novels, political treatises, analyses for popular consumption. This output gave Eick a treasure trove of materials. The Eastmans were less forthcoming about their personal interactions (Elaine burned their letters and rarely talked about a marriage that disintegrated with time). Perhaps this dearth of personal materials, coupled with the wealth of political insights, directed the content of They Met at Wounded Knee. Eick didn’t quite write the biography I was expecting from the cover, but she did produce an in-depth assessment of American Indian affairs during the Eastmans’ lifetimes. On their unusual story hang historic beads both colorful and dark.  – Ann Ronald 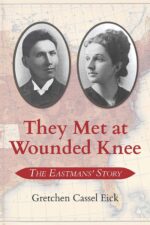 Ann Ronald is a retired English professor from the University of Nevada, Reno. Author of dozens of reviews, she’s also written a number of books about the American West. They include literary studies such as The New West of Edward Abby and Reader of the Purple Sage, cultural studies such as GhostWest and Oh, Give Me a Home, and nature writing such as Earthtones: A Nevada Album. Her latest is a work of fiction, Friendly Fallout 1953. Since retiring, she’s been reading vociferously, so “Bookin’ With Sunny” is giving her a wonderful opportunity to share thoughts about her favorite new discoveries.
More from this reviewer
PrevV2
KindredNext