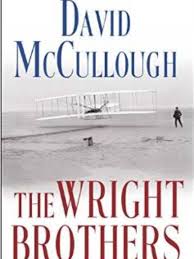 Obsession may be in the eye of the beholder. Maybe. If anyone has ever been obsessed, the Wright brothers, Wilbur and Orville, would have to be near the top of the list. David McCullough, in his paean to them, The Wright Brothers, makes plain their complete dedication to getting their contraption off the ground in “controlled” flight.

Nearly everyone knows that they achieved this celebrated consummation at Kitty Hawk, North Carolina, and some may even know that it was sometime in 1903. My guess is that few of us understand why these brothers from Dayton, Ohio chose Kitty Hawk as the place to launch their gossamer dream or the amount of inventiveness, persistence, and single-purpose existence that was required. Fortuitously, getting the first aircraft into the air didn’t require much of their money, or anyone else’s for that matter, because they financed their dream from the profits of a two-bit bicycle shop in Dayton.

Neither of the brothers ever married. After they became famous and moderately well off, they built a house for themselves, their protestant bishop minister father and Katherine, their sister, in Dayton where they lived when not traveling. She joined them in their obsessions, but in 1926 married at age fifty-two. Orville felt betrayed and forgave her only on her deathbed in 1929.

We focus on the climactic event of “first flight” almost exclusively when remembering the Wright brothers. Why this is so appears to be of little concern to McCullough, but it perhaps should have been more so. McCullough writes narrative history in a pell-mell sort of way. Consequently, he tells a good story with verve, style, a keen sense of revealing detail and sprightly anecdote. Since I have read all of his books, I obviously find much to like in them. Occasionally, though, he might slow down his narrative and indulge the reader in some more extended analysis. This is a case in point. Most of us can conjure up an image of the first Wright plane, the one that propelled them into the skies and fame at Kitty Hawk. But if we think of airplanes a decade later, such as the ones that flew in the skies over France in the Great War—think of the Red Baron’s Fokker Triplane—we realize that a lot happened in the next decade and half in terms of airplane design and that the Wright’s original configuration didn’t survive very long. So, how did airplanes get from the Wright Flyer to the Fokker Triplane? The two machines look nothing alike. Even so, what discoveries, inventions, and applications of the Wrights connect the two airplanes? Mr. McCullough, please explain.

I firmly believe that a reviewer has an incumbent responsibility to review the book that the author wrote not the one the reviewer wishes the author had written. I am hedging my own belief in this case because the importance of the Wrights goes far beyond their first flight. McCullough joins me in this contention because he follows their careers for several decades after the Kitty Hawk ascension. While he carefully follows the ups and downs of their various business ventures in the emerging aircraft industry and makes clear their contributions in these respects, he doesn’t show the reader how the Wrights were important in the science of flight beyond their early experiments with wind tunnels, wing design, and the like.

This cavil aside, McCullough’s biography of Orville and Wilbur Wright, lucidly written and presented, captures the restless spirits of the two brothers. It serves as a solid introduction to them, their times, and the breathtaking era of manned flight. I cannot recollect their achievements without recollecting also the opening lines of “High Flight,” John Gillespie Magee’s famous poem, “I have slipped the surly bonds of earth and danced the skies on laughter-silvered wings.” Flying is a glorious human achievement.   –   Neal Ferguson 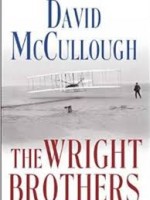 Neal Ferguson is a self described Anglo-phile. After studying for a PhD in British history and doing research for a year in various British archives, he came to the University of Nevada in 1970 to teach. Soon he found himself in administration where he remained until 2003. After returning to full-time teaching a decade ago, he decided to concentrate his teaching energies on Medieval British history and various global aspects of World War II. Dedicated to Ambrose Bierce’s proclamation that the purpose of war is to teach Americans geography, Neal insists that his students accompany him (in class) to sundry east European rivers and steppes, African deserts and jungles, south-east Asian mountain ranges and peninsulas, and small islands and coral reefs in the Pacific. Currently he is writing a book about the ups and downs of General Douglas MacArthur’s military reputation.
More from this reviewer
PrevWe Are Called to Rise
Miss Timmins’ School for GirlsNext