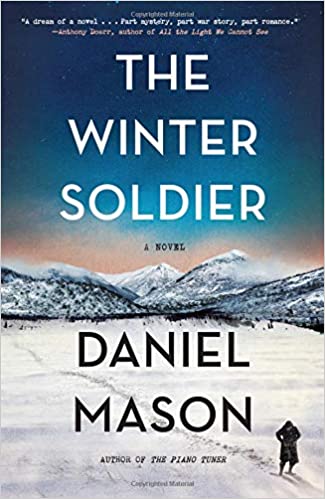 Daniel Mason’s The Winter Soldier joins a substantial list of novels written to commemorate the centennial anniversary of World War I. Of those I’ve read, The Winter Soldier is one of the best. Occasionally gruesome, yes, but always absolutely fascinating.

The protagonist, Lucius Krzelewski, is studying medicine in Vienna when the war breaks out. Partly to escape his aristocratic family and partly to advance his own understanding of medicine, he volunteers his services. Austrian field hospitals, desperate for medical doctors, are welcoming students with Lucius’ training. In Vienna, he rarely has contact with patients, learning primarily through lectures and watching operations from afar. At the front, he correctly assumes he’ll gain valuable first-hand experience.

When he arrives at his Hungarian assignment, he finds no doctor there. They’ve fled the dreadful conditions of a makeshift field hospital inside a partially bombed church. Only a solitary nun is taking care of the constant stream of patients. She also serves as the resident physician, treating the injured men brought in from the front lines, medicating them, amputating when necessary. She knows more about what must be done than Lucius does. Over the course of the next year, she teaches him all she knows until finally he can diagnose wisely, too, and can successfully operate on the badly wounded men.

The medical descriptions of early twentieth-century diagnostics and surgery form the backbone of The Winter Soldier. So primitive by today’s standards, the measures Lucius and Sister Margarete take sound appalling. But they try their best to do whatever they can to save their patients’ lives. Daniel Mason is a physician who teaches psychiatry and humanities at Stanford University, so he is interested in the mental as well as the physical health of his characters. While he was in medical school, Lucius was particularly interested in neurology, so his concerns mirror his author’s.

In particular, Lucius and Mason are intrigued by those men whose battlefield experiences damaged them psychologically. In 1915 the medical lexicon did not contain the word ‘shell-shocked,’ and the notion of ‘post-traumatic stress disorder’ was far in the future. Clearly, that was what was affecting many of Lucius’ patients. He speculates about causes, compares symptoms, experiments with the medicines available, and offers the reader a chance to learn along with him. I found this part of The Winter Soldier especially profound. Indeed, the title’s ‘winter soldier’ is one such victim of the war. Lucius, intrigued by the winter soldier’s symptoms, experiments with various treatments and does his best to free the man from his distress.

In time, Lucius’ field hospital in Limnowice is overrun. Because the tragedy occurs in his absence, he spends the remainder of the war agonizing about what might have happened to Sister Margarete. For a while, he doctors more wounded men on a train that traverses back and forth from the front to the relative safety of the rear. Then he retreats to Venice, where he tends patients too damaged to return to their families. Here, too, Lucius gains valuable medical experiences, though for naught, as he must go back to medical school after the war is over. What he has learned is useless if he doesn’t have a degree.

I found the medical aspects of The Winter Soldier the most crucial ingredients of the novel. But Mason tells a good story, too. Readers will find Lucius complicatedly introspective. Watching his mind work is as compelling as watching him diagnose his patients. I won’t reveal anything about the storyline that draws him into the horrors of a war-torn land. Instead, I’ll simply end this review with a strong recommendation. The Winter Soldier is one of those memorable novels that make reading so worthwhile.  –  Ann Ronald 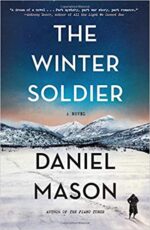 Ann Ronald is a retired English professor from the University of Nevada, Reno. Author of dozens of reviews, she’s also written a number of books about the American West. They include literary studies such as The New West of Edward Abby and Reader of the Purple Sage, cultural studies such as GhostWest and Oh, Give Me a Home, and nature writing such as Earthtones: A Nevada Album. Her latest is a work of fiction, Friendly Fallout 1953. Since retiring, she’s been reading vociferously, so “Bookin’ With Sunny” is giving her a wonderful opportunity to share thoughts about her favorite new discoveries.
More from this reviewer
PrevUnbelievable
The Blue BearNext