Home » Reviews » The Versions of Us

The Versions of Us 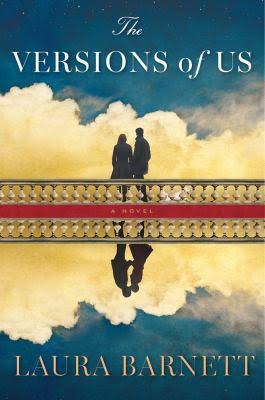 Imagine that moment in time when you first met someone who would change the course of your life. Then imagine what might have happened had you not connected, or if you had connected briefly but the connection didn’t last. Imagine multiple versions of your life, the life you’ve actually led and other roads you might have pursued instead. Laura Barnett follows those imaginary roads in her novel, The Versions of Us, where she envisions how a couple might bond together—or not—and narrates parallel existences they might then have lived.

Eva and Jim meet by accident, when Eva falls off her bicycle and Jim stops to see if she’s okay. Two college students, each involved with someone else at the time, Eva and Jim sense a special attraction for one another. “And then they walk away together, out of the allotted grooves of their afternoons and into the thickening shadows of evening, into the dim, liminal place where one path is taken, and another missed.” Or do they?

Barnett narrates the stories of Eva and Jim through a series of vignettes, layering the possibilities of their lives. Generally the versions of their lives are triads. Each threesome centers on some noteworthy event, the death of a parent, for example, the birth of a child, a new job or the loss of an old one. This structure is remarkable, however, in that the vignettes float, flowing into and away from one another. It would have been simple for Barnett to present three coherent versions, lock-step: 1) marriage and ever after, 2) a brief affair and then separation, or 3) a quick encounter that affects dreams rather than realities. But The Version of Us is far more creative and far more complex.

When Jim and Eva meet, Jim is studying law, which he loathes. Does he become a lawyer? Or does he quit school and become an artist, which is his passion? Is he successful? Or a failure? Or just mediocre throughout his life? Eva hopes to be a writer. Is she successful? Or a failure? Famous or merely adequate? And what kind of writer might she become? A journalist, a novelist, or something else? What might happen to their relationship if one becomes successful while the other languishes? Or how might their spouses be affected if the two indeed go their separate ways? Might they have children, together or apart? Are they good parents, separately or together? Perhaps they meet again later in life? And get together then. Or not.

So many layers, so many options, so many paths to follow, so many opportunities won and lost. Sometimes the complexity of The Versions of Us leads to confusion, as the reader tries to stratify the vignettes. But reading the novel as a continuum is a mistake, I think. The beauty of its stories lies in the shadows, in the complicated ways the vignettes trace one another, echo one another, form a pastiche far greater than the sum of its parts. No one can follow the stories of Eva and Jim without thinking of his or her own life, of the roads not taken, of the choices made. The“versions of us,” as potent and powerful as The Versions of Us. – Ann Ronald

Also available by Laura Barnett: Advice From the Players. 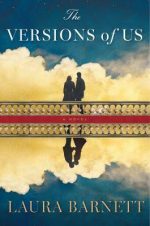 Ann Ronald is a retired English professor from the University of Nevada, Reno. Author of dozens of reviews, she’s also written a number of books about the American West. They include literary studies such as The New West of Edward Abby and Reader of the Purple Sage, cultural studies such as GhostWest and Oh, Give Me a Home, and nature writing such as Earthtones: A Nevada Album. Her latest is a work of fiction, Friendly Fallout 1953. Since retiring, she’s been reading vociferously, so “Bookin’ With Sunny” is giving her a wonderful opportunity to share thoughts about her favorite new discoveries.
More from this reviewer
PrevThe Last Painting of Sara de Vos
1941: Fighting the Shadow WarNext