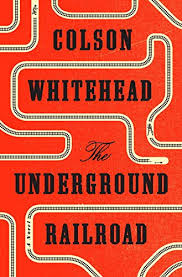 Cora, born a slave, abandoned by her mother, beaten and whipped repeatedly, gang-raped at thirteen, nevertheless acts with courage and integrity in pursuit of a premier human desire—freedom. Reading Whitehead’s historical novel, The Underground Railroad, I was reminded of another wonderful book, this one by Viktor Frankl, Man’s Search for Meaning. Imprisoned in Auschwitz, Frankl observes that the Nazis, similar to southern white slave owners, could humiliate and kill you but they could not make you surrender your human spirit.

Cora will not and does not surrender. She bides her time even as she witnesses and experiences the sickening terrors and sadism of American slavery. She eventually acts with undoubted courage, sometimes out of calculation, more often out of the impulsiveness you might expect from a teenager.

At age fifteen, Cora discovers her passion for freedom from another slave. Until this age, she accepts the world-view created by the American plantation system, particularly that of the Randall’s, her slave masters: “To escape the boundary of the plantation was to escape the fundamental principles of your existence: impossible.” So long as she believes that “she is only a human being for a tiny moment across the eternity of her servitude,” there is only the patriarchal reality of plantation bondage. Then, Caesar, a different kind of plantation slave, suggests that the two of them escape North. Suddenly, the world beyond her plantation becomes both desirable and psychologically possible. She awakens.

To become actual, their escape chimera merely requires that they negotiate thirty miles of swamp, fear, and slave hunting posses. If they survive, they will then meet a conductor on the “underground railroad” and be bound for freedom. At this distance in time, it may be difficult to appreciate fully the extent to which railroads were the “new, new thing” in the 1850’s. Whitehead understands the transformational implications of the railroad, and his delightfully imagined underground railway fully embraces its potential to deliver Cora to the Promised Land, or at least a better land. Cora arrives there with her dignity and self-belief intact, but the journey is neither easy, direct, nor without a steep price. Perhaps she will forever mistrust whites and white society whether found in Georgia, Indiana or points farther west.

I found myself rooting for this half-feral woman-child and being captivated by Whitehead’s beautifully written coming-of-age novel. In contrast, some members of a book club that I belong to, both men and women, found Cora difficult to identify with and thought the unspeakable horrors of the novel too painful and violent to read. Some even opined it to be a “revenge” novel, analogizing it to movies such as Django Unchained and Inglorious Basterds.

For me, the unyielding texture of her grit does not suggest revenge as her primary or even secondary motivation so much as it helps explain her resolve to be a self-determining human being. Occasionally her desire for revenge does surface, but beyond those times when self-defense is necessary, she acts with restraint even when given the opportunity to kill or have killed one of her chief tormentors, the slave catcher Ridgeway. In this instance, she has temporarily escaped bondage and expresses little desire for revenge beyond kicking Ridgeway in the face. (Small acts of revenge can be satisfying.) – Neal Ferguson 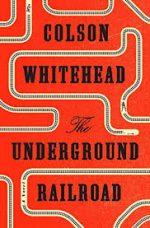 Neal Ferguson is a self described Anglo-phile. After studying for a PhD in British history and doing research for a year in various British archives, he came to the University of Nevada in 1970 to teach. Soon he found himself in administration where he remained until 2003. After returning to full-time teaching a decade ago, he decided to concentrate his teaching energies on Medieval British history and various global aspects of World War II. Dedicated to Ambrose Bierce’s proclamation that the purpose of war is to teach Americans geography, Neal insists that his students accompany him (in class) to sundry east European rivers and steppes, African deserts and jungles, south-east Asian mountain ranges and peninsulas, and small islands and coral reefs in the Pacific. Currently he is writing a book about the ups and downs of General Douglas MacArthur’s military reputation.
More from this reviewer
Prevgirlchild
MudboundNext