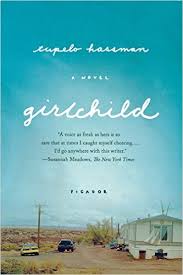 I am of two minds as I write this review of tupelo hassman’s girlchild. I admire this novel enormously, but I found its content distastefully disturbing. Hassman has written a tour de force that captures the imagination of a troubled young girl as well as any similar novel I have read. Like J. D. Salinger’s Catcher in the Rye, girlchild zeroes in on the isolation, the angst, the urgency to connect. The lack of capital letters, either in the title or in the author’s name, gives a clue to the insecurities expressed by the fledgling narrator. Hassman focuses a laser beam on those anxieties and on the inadequacies of the adults who surround her.

Rory Dawn Hendrix meanders through her formative years in girlchild. Her story starts before she can even read her letters, and ends shortly after she turns sixteen. Throughout, her language and her observations sound precociously astute. At the same time, however, Rory’s voice resonates in harmony with her age: a four-year-old spelling with blocks, a pre-teen longing to be a Girl Scout, a teenager simultaneously innocent and wise about what is happening in her mother’s bedroom. That is part of girlchild’s magic, as a matter of fact, the innocence that illuminates the darkness muddying the sordid details of Rory’s life.

I am a genuine admirer of Hassman’s craftsmanship. She masterfully manages what seems to me a difficult and intricate narrative point of view. And not only is her tone in perfect pitch with Rory’s life experiences, her imagery synchronizes, too.  Sometimes her language is terse, as when Rory succinctly characterizes her daily routine: “Between her blackout nights and Alka-Seltzer mornings, life with Mama is a tricky one.”  Sometimes she extends metaphors and similes throughout a pattern of chapters. Hardware Man, with the darkness of his store’s bathroom, is an example. And when his deeds are too much for Rory to articulate, she blackens the pages of her book. “Here’s how the Hardware Man makes the lights go out,” she begins, and then the rest of the chapter goes dark.

While the achievement of girlchild is stunningly artistic, the content is grim. That’s why my review of this novel is two-edged. I could hardly make myself turn the pages, as one event after another leads Rory’s life into calamitous dead ends. While the Hardware Man is the worst example of what befalls her, the on-going neglect and disregard for her well-being is hard for a reader to bear. Even when an opportunity arises, Rory self-immolates. For example, the youngster is a master speller, winning contest after contest, until unbeknownst to anyone, she makes an error on purpose. “I pronounce the word right, but I spell it O-U-T-L-I-A-R because wrong is the only way they let you off the stage in this game. If I spell it right, . . . they’ll send me on to the next level, and the next level will take me farther away, in dresses I don’t have, on days off Mama won’t get.”  Liar she is, but with underlying truths on every page.

In fact, Rory tells the truth throughout girlchild. Perceptively, she sees through her mother and her grandmother’s disastrous behaviors, even as she recognizes that they are family, all she has to steer her along a very rocky upbringing. The duality of her existence, the horror of her experiences and the literary magic of Hassman’s writing, make girlchild a novel to highly recommend. It is not, however, a novel for the faint of heart.   – Ann Ronald 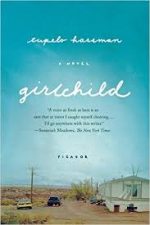 Ann Ronald is a retired English professor from the University of Nevada, Reno. Author of dozens of reviews, she’s also written a number of books about the American West. They include literary studies such as The New West of Edward Abby and Reader of the Purple Sage, cultural studies such as GhostWest and Oh, Give Me a Home, and nature writing such as Earthtones: A Nevada Album. Her latest is a work of fiction, Friendly Fallout 1953. Since retiring, she’s been reading vociferously, so “Bookin’ With Sunny” is giving her a wonderful opportunity to share thoughts about her favorite new discoveries.
More from this reviewer
PrevHolding Fire
The Underground RailroadNext