Home » Reviews » The Postmistress of Paris

The Postmistress of Paris 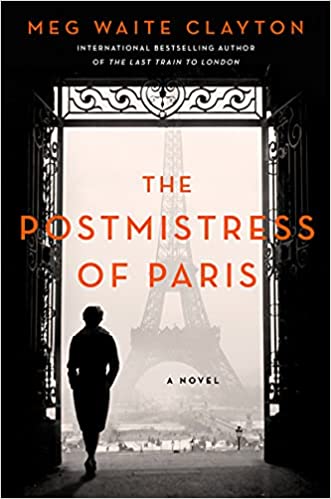 The Postmistress of Paris – Meg Waite Clayton’s novel of WWII France, German occupied/Vichy Free Zone, and the seldom exposed side of an unarmed French resistance.

Once again, a remarkable story has robbed me of sleep. Meg Waite Clayton’s The Postmistress of Paris is an almost nonstop read. Her World War II novel of France, German-occupied and Vichy Free Zone (an oxymoron), begins in Paris, January 1938, and ends in Michigan, February 1941. Postmistress tells of a seldom exposed side of French resistance.

The story begins in Paris when Nanée, a young, wealthy American who has lived in France since attending the Sorbonne, decides not to return home to Evanston, Illinois, despite Nazi Germany’s occupation of the country she loves, where she feels most at home. Her escape from her parents’ “Evanston Rules” of behavior and expectations has given her wings to fly in her own direction

During the early years of occupation, the French Resistance includes more than those bearing arms. There are those who work under the noses of the Nazis and the Vichy government. The author uncovers an entire web of people, French, Spanish, Americans, doctors, housewives, journalists, nuns, and more, intent on getting as many Jews and others out of France before Germany closes all the border-means of escape. Many of those seeking escape are refugees from Germany and other occupied countries.

The Postmistress of Paris is a novel of suspense, romance, loyalty, laughter, trust, courage, and more suspense. Nanée’s friends are writers and artists, French and others whose work is hated by the Nazis. Early on, while still in Paris, Nanée meets a photojournalist (Edourard Moss), a widower, and his toddler daughter (Luki). His escape from Germany is short lived. By 1939, he and other writers and artists are rounded up by the Vichy French and sent to the internment Camp Des Milles.

What becomes of this photographer and his daughter, is at the heart of the novel. Nanée finds her way to Marseille and through another American remaining in France, she meets Varian Fry, newly arrived head of the American Emergency Rescue Committee, an organization clandestinely helping writers, journalists and artists to escape France. With her U.S. Passport, Ranée can travel between German occupied and Vichy cities and accepts the role as postmistress, carrying coded messages of escape for Varian Fry. By this time, she buys a small, secluded countryside home outside of Marseille, a home that becomes a refuge for writers and artists who are in hiding.

The efforts to acquire fake travel permits, passports, and a myriad of other documents for escapees play a significant role in the novel’s suspense. Ranée’s attempt to free Edouard from the internment camp, and locate his daughter taken into hiding by friends is breathtaking. The minutiae required by those planning the escapes and those escaping is stunning. All of it played out as Germany gains more control of border escape routes.

Ranée’s character is based on American heiress Mary Jayne Gold whose involvement in getting writers, artists, and journalists out of France is well documented. Read “Author’s Note and Acknowledgements.” This novel is astounding. – Sunny Solomon

Also available by Meg Waite Clayton: The Wednesday Sisters; The Last Train to London; Beautiful Exiles; The Race for Paris; The Four Mrs. Bradwells; The Language of Light; The Wednesday Daughters. 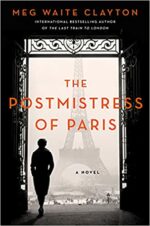 Sunny Solomon holds an MA in English/Creative Writing, San Francisco State University. She is a book reviewer for “The Clayton Pioneer” and her poetry and other writing has been published in literary journals, one chapbook, In the Company of Hope and the collection, Six Poets Sixty-six Poems. She was the happy manager of Bonanza Books, Clayton, CA and Clayton Books, Clayton, CA. She continues to moderate a thriving book club that survived the closure of the store from which it began. Sunny currently lives next to the Truckee in Reno, NV.
More from this reviewer
PrevThe Weight of Snow
The Emerald MileNext