Home » Reviews » The Last House on The Street

The Last House on The Street 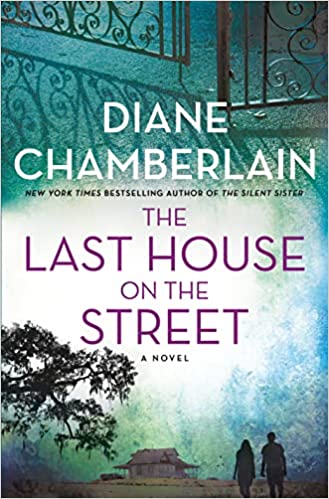 Diane Chamberlain’s latest mystery, The Last House on The Street, is a provocative title for a provocative mystery that takes forty-five years to solve.

The Last House on The Street — Diane Chambers has given a most provocative title for a most provocative mystery which takes forty-five years to solve. Is there a first house on the street? If so, is there a relationship between the two houses? And does the street simply come to a dead-end? Yes, yes, and yes, in more ways than one.

Chapter One: 2010. Architect Kayla Carter and her architect husband designed the house of the novel’s title. A would-be client, off-putting in appearance and manner, comes to her office claiming to have an appointment, which she does not. She wants Kayla to remodel her home, which has become oppressive since the woman’s husband died in their house.

Before Kayla can respond to this information, the woman leans forward, “You know how that feels, don’t you? Losing your husband?” How does the woman know that Kayla’s husband, just months before, died in a freak accident in the stairwell of the house they had not yet occupied? The woman leaves Kayla’s office with two warnings: the house should never have been built so close to the end of that street, and Kayla and her toddler daughter should not move into it.

Chapter Two: The year is 1965. Ellie Hockley, a young college student, is home for spring break. The Hockley home is the first house on the street of the book’s title. The location is Round Hill, North Carolina.

This intriguing mystery is told by Kayla and Ellie. Chamberlain moves both story and reader smoothly between those two characters and the events taking place in those years. Initially, the only thing connecting both characters appears to be the street on which their homes are located. Both characters are white. Kayla’s story with its twenty-first-century technology would seem to be a far cry from Ellie’s twentieth-century years of the Civil Rights Movement.

Against her family’s strong objections, as well as SCOPE leaders (Summer Community Organization and Political Education Project of the Southern Christian Leadership Conference), Ellie becomes involved in those voter registration activities. “There are moments in life when you suddenly see your future and it’s not at all what you expected.” And that, dear readers, is putting it mildly. The Freedom Riders and their efforts to secure voter registration of Black adults living in and around Round Hill open a door to a world previously hidden from Ellie. And that same door, thought to be permanently closed, re-opens forty-five years later with the appearance of the off-putting woman in Kala Carter’s office.

To say more of this novel would be a spoiler. It is enough to praise Chamberlain’s ability to open and close a town’s mystery involving racism, death, and families torn apart by what happens in those forty-five years. Chapter by chapter, year by year, the mysterious links between Kala and Ellie rise to the surface. I strongly recommend The Last House on The Street for teens as well as adults. In today’s United States, voting and civil rights continue to be fair game. As I read this novel, thinking of today’s young citizens of every skin tone who march in unity with Black Lives Matter, I wondered what their parents and community think.

What Chamberlain brings to this story is what I think has been missing from much of what we do know about those Civil Rights activities. It doesn’t take a rocket scientist to understand the involvement of those courageous Black students from the South, but what about those Black and white students bused in from the North? And how were these young students trained? Where were they housed? What did they feel as they became more emotionally and intellectually entrenched? This is the backstory embedded in The Last House on The Street.

Do not miss reading Chamberlain’s Notes, they are impressive and should suggest to the curious reader what other books they might want to read. The Last House on the Street is a window through which we see what it must have felt like for an eighteen-year-old white girl in 1965 to take that step forward and the steps taken by a community to keep their secrets buried. Although the mystery in The Last House on the Street is solved, our nation continues to struggle with the detritus of those years. – Sunny Solomon

Also available by Diane Chamberlain:  The Silent Sister; Necessary Lies; The Dream Daughter; The Stolen Marriage; The Midwife’s Confession; The Secret Life of CeCe Wilkes; Kiss River; Pretending to Dance; Keeper of the Light; Before the Storm; The Good Father; The Lies We Told; The Courage Tree; Breaking the Silence; Her Mother’s Shadow; The Escape Artist; Secrets She Left Behind; Private Relations; The Shadow Wife; Brass Ring; The First Lie; The Dance Begins; Fire and Rain; Lovers and Strangers; Reflection; Secret Lies; The Forgotten Son; Big Lies in a Small Town. 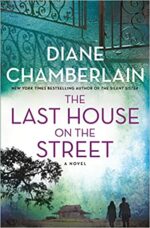 Sunny Solomon holds an MA in English/Creative Writing, San Francisco State University. She is a book reviewer for “The Clayton Pioneer” and her poetry and other writing has been published in literary journals, one chapbook, In the Company of Hope and the collection, Six Poets Sixty-six Poems. She was the happy manager of Bonanza Books, Clayton, CA and Clayton Books, Clayton, CA. She continues to moderate a thriving book club that survived the closure of the store from which it began. Sunny currently lives next to the Truckee in Reno, NV.
More from this reviewer
PrevHer Last Flight
American GospelNext