Home » Reviews » The Housekeeper and the Professor

The Housekeeper and the Professor 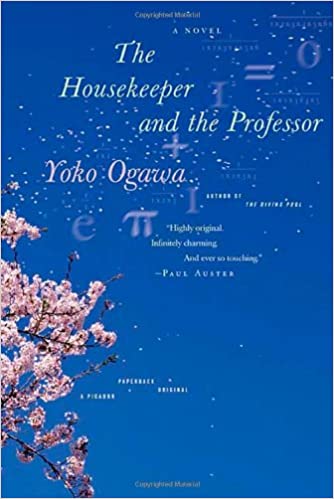 THE HOUSEKEEPER AND THE PROFESSOR

A simple precis of Yoko Ogawa’s The Housekeeper and the Professor cannot do justice to the mystique of this very special story. The set-up involves only four characters—the professor, his sister-in-law, the housekeeper, and her son. The Akebono Housekeeping Agency has given the housekeeper a new assignment. Her task is to oversee the well-being of the professor, who lives in a tiny cottage adjacent to his sister-in-law’s larger house on the same piece of property. Many years earlier, the professor was involved in a serious automobile accident that has affected his memory. He can remember his mathematical genius, but he cannot recall anything in the present except what has happened in the last eighty minutes. Each time he sees the housekeeper, for example, it is as if he is meeting her for the very first time. Unsurprisingly, such difficult circumstances have led to rapid turnover among the previous housekeepers his sister-in-law has hired.

The professor spends much of his time solving abstract mathematical equations, working on solutions to complex mathematical quizzes, and entering contests that he often wins. To help himself function daily, the professor pins notes to his suit. He is an eccentric fellow, with fraying notes attached to his clothing and with his mind in a mathematical cloud. He only converses with the housekeeper, in fact, in mathematical terms. But rather than cringing, as previous hires have done, she is quite charmed. Despite her lack of formal schooling, she is a quick study and soon finds herself intrigued by their conversations.

The housekeeper’s son, eleven going on twelve, soon enters the equation. He is small for his age, with hair that resembles a square root, or so the professor decides. “Root,” the professor calls the boy and quickly engages Root in mathematical problems far beyond what the young student is learning in school. Once upon a time, I was a college math major (before I saw the light of English), and I couldn’t remotely follow the mathematical conversations carried on by the professor, the housekeeper, and Root. That made no difference, however, in my understanding and enjoyment of their precious story.

Japanese culture overlays the abstractions in significant ways, providing cultural touchstones that ground The Housekeeper and the Professor in reality. Japanese baseball, of course, but also food, memories, eldercare, schooling, parenting, and familial love play key cultural roles. Just enough differences from American mores to give me pause and make me enjoy this novel even more. I highly recommend Yoko Ogawa’s novel. It made me smile.   –   Ann Ronald 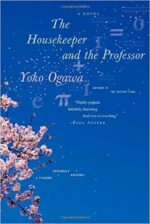 Ann Ronald is a retired English professor from the University of Nevada, Reno. Author of dozens of reviews, she’s also written a number of books about the American West. They include literary studies such as The New West of Edward Abby and Reader of the Purple Sage, cultural studies such as GhostWest and Oh, Give Me a Home, and nature writing such as Earthtones: A Nevada Album. Her latest is a work of fiction, Friendly Fallout 1953. Since retiring, she’s been reading vociferously, so “Bookin’ With Sunny” is giving her a wonderful opportunity to share thoughts about her favorite new discoveries.
More from this reviewer
PrevThe Memory Of Old Jack
A Secret SisterhoodNext