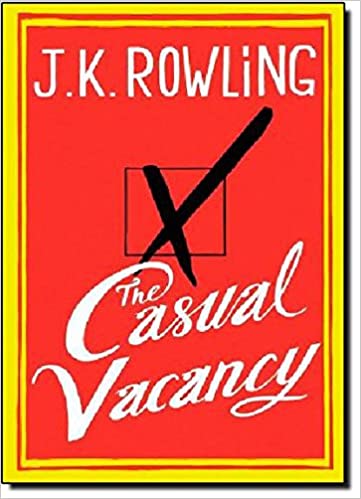 The Casual Vacancy, Rowling’s answer for a twenty-first-century Dickensian novel.

When I read J. K. Rowling’s Harry Potter books, I was struck by how Dickensian her characters and plots could be. Now, reading The Casual Vacancy, a novel written for grown-ups, my opinion is confirmed. Not only does The Casual Vacancy sound Dickensian, but Rowling gives her readers a twenty-first-century kind of Dickens portrayal, not a nineteenth-century imitation.

First, the characters: Charles Dickens’ characters are often called “grotesques,” where one physical or mental aspect of the person takes over the entire personality. Such is the case with the men and women who populate The Casual Vacancy. Howard Mollison becomes his bulbous body; Colin “Cubby” Wall, his high forehead and awkward stumbling gait; Samantha Mollison, her overly-generous bosom; Krystal Weedon, her foul-mouthed tongue; Andrew Price, his teenage angst and acne. For every character Rowling designs, a single trait dominates. And, just as in a Dickens novel, Rowling’s characters are actually grotesque, with exaggerated foibles and flaws forever emphasized. I didn’t much like them, but I was absolutely fascinated.

Dickens’ plots can be described in a number of ways. They’re generally convoluted, often very convoluted, with coincidences too numerous to enumerate. They’re generally dark as well, often very dark, with unhappiness on nearly every page. Rowling’s are the same. The storyline of The Casual Vacancy is quite straightforward. The book begins when Barry Fairbrother drops dead of a brain aneurism. Barry was a man everyone in the small English village of Pagford liked and admired. (Note his Dickensian name, too, that echoes the kind of fair-minded, brotherly character of the newly-deceased.) Barry leaves behind a “casual vacancy,” his empty seat on the Pagford town council. Almost immediately, other Pagford citizens begin jockeying for Barry’s vacant position. Until his sudden death, the council had been divided over two testy political issues. Now, potential candidates line up on either side.

Another Dickensian ingredient is the social, cultural, and political commentary that runs through each of his novels; The torturous complexities of the British legal system in Bleak House, for example, or the industrial exploitation of laborers in Hard Times. Rowling is equally astute at weaving such commentaries into The Casual Vacancy. Social, in that part of the plot turns on drugs, addiction, and the Pagford treatment center that half the town council wants to eliminate. Cultural, in that Fields, next door to Pagford, houses undesirables whose children attend the local school and interact with Pagford’s finest. Political, whenever Rowling inserts the machinations of the new council election into the plot of her novel.

At the same time, Rowling also lays a modern penumbra over the story. Her darkness seems twenty-first-century, with its nastiness more like today’s headlines than those of nearly two centuries ago. Dickens’ malevolent characters seemed sort of distantly quaint to me rather than overtly vicious as are Rowling’s. I could see his men and women populating a storybook, whereas hers are the people I see on television. Rowling’s plot gimmicks are up to date, too. A central portion of The Casual Vacancy involves computers, hacking, and ghost postings that deride specific individuals. Very different than Dickens’ street-criers and paper broadsides.

In sum, Rowling has brought Dickens into our day and age, and I appreciate her ability to draw from past performances while enhancing and embellishing the Victorian’s accomplishments. Charles Dickens was always one of my favorite novelists to study and to teach. I feel the same way about J. K. Rowling. I would love to discuss The Casual Vacancy with a class, perhaps to teach it alongside one of Dickens’ masterpieces, to talk about how literature can repeat itself yet stay forever new.  –  Ann Ronald

And available by Rowling under her pen name Robert Galbraith: The Cuckoo’s Calling; The Silkworm; Career of Evil; Lethal White; Troubled Blood 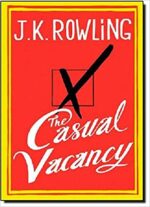 Ann Ronald is a retired English professor from the University of Nevada, Reno. Author of dozens of reviews, she’s also written a number of books about the American West. They include literary studies such as The New West of Edward Abby and Reader of the Purple Sage, cultural studies such as GhostWest and Oh, Give Me a Home, and nature writing such as Earthtones: A Nevada Album. Her latest is a work of fiction, Friendly Fallout 1953. Since retiring, she’s been reading vociferously, so “Bookin’ With Sunny” is giving her a wonderful opportunity to share thoughts about her favorite new discoveries.
More from this reviewer
PrevTahoe Jade
Orphan TrainNext