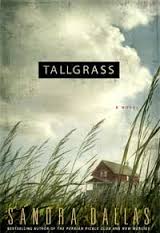 Is there anything to be gained by reading another book about the World War II internment of Japanese Americans to relocation camps?  If the book is as good as Sandra Dallas’ Tallgrass, the answer is a resounding yes.

The first glimpse we have of the Japanese Americans is their arrival at the train depot in fictional Ellis, Colorado. This is thirteen year-old Rennie Stroud’s telling. She is among the townsfolk who have gathered at the station to gawk at the detainees as they disembark the train. Ellis is a community made up of farmers, ranchers, shop owners and the like, not the sophisticated citizens of Denver. What they know about the Japanese is what they read in the paper. They have come to see the bucktooth people of anti-Japanese cartoons and war posters. What they find are people dressed like them (and many dressed much better), as rumpled and worn out as any train travelers anywhere and not a bucktooth cartoon among them.

The fictional camp of Tallgrass, is based on the real camp of Amache, built just outside Granada, Colorado in 1942.  Dallas has written an intelligent and moving tale. We immediately like young Rennie Stroud (affectionately called “Squirt” by her father) and her believable family. Her mother is the emotional compass for Rennie’s family, which includes a brother who has enlisted, an older sister who lives in Denver and works at a war-related job, and an aging grandmother who moves in and out of lucidity. Rennie’s dad is a beet farmer whose matter-of-fact outlook on life anchors the family.

Like every other American town with young, able-bodied people eager to serve their country, Ellis copes as best they can with the effects of war. Gasoline, sugar and other staples are rationed. These are hardy, resilient folk, but their resiliency begins to crack with the arrival of the camp detainees. Sandra Dallas describes Tallgrass with journalistic clarity. We feel the ever-present wind and dust, we see the camp’s barbed-wire fence and watchtowers with armed sentries. Tallgrass is a story not just about the detainees. It is a story about a town and what it learns about itself in the wake of  such an encampment.

The Tallgrass Japanese detainees become an integral part of the Ellis community, whether or not either is ready for such a role. With so many young men gone to soldiering, a shortage of farm labor develops. Now the camp detainees come into Ellis as laborers and household helpers. But when a young girl in town is brutally raped and murdered, the town looks to the camp for the killer.

That death becomes the backdrop for all that is right and wrong in Ellis. As townsfolk become acquainted with these workers, their prior beliefs about what makes an American are held up for painful examination. Lines are drawn as prejudices wane and town bullies rise to the surface, like scum in a water barrel.

Tallgrass  is not just Rennie’s coming of age story. It is also the maturing of an entire community. The lessons learned in Ellis are hard taught, but will last a lifetime as Dallas takes the story all the way to the death of Rennie’s mother in 1974. Tallgrass is a uniquely American story and one for all readers, young and old. Dallas writes with directness and heart. We become as much a part of Ellis, Colorado, as any of her characters. The hardware store, the barn, the beet fields, the old pickup trucks, the dirt road to the camp; all take on a life of their own. Ellis and its people resonate mightily, giving this historical period a fresh understanding that is deeply and richly felt.   – Sunny Solomon 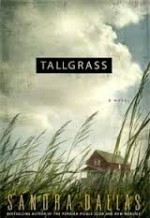 Sunny Solomon holds an MA in English/Creative Writing, San Francisco State University. She is a book reviewer for “The Clayton Pioneer” and her poetry and other writing has been published in literary journals, one chapbook, In the Company of Hope and the collection, Six Poets Sixty-six Poems. She was the happy manager of Bonanza Books, Clayton, CA and Clayton Books, Clayton, CA. She continues to moderate a thriving book club that survived the closure of the store from which it began. Sunny currently lives next to the Truckee in Reno, NV.
More from this reviewer
PrevLet Me Tell You
Chronicle in StoneNext