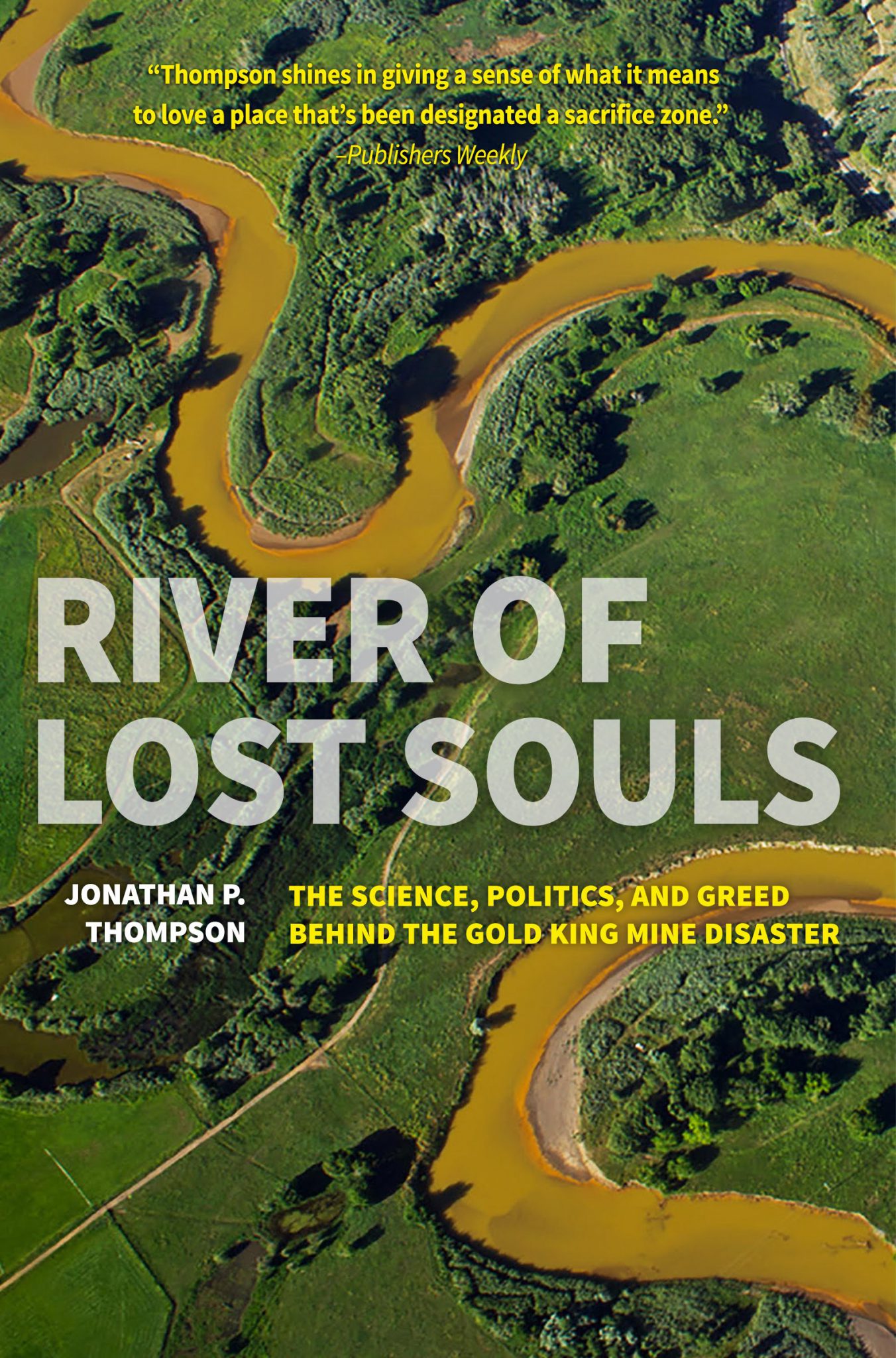 The Animas River, Jonathan P. Thompson’s “river of lost souls,” rises on the steep slopes above Silverton, Colorado, flows south through Durango and on to Farmington, New Mexico, and the Navaho Nation. It eventually intersects the San Juan River on its way to Glen Canyon. The Animas has a history of pollution, some caused naturally by an aggregate of headwater minerals and even more stirred up by human activity and mining exploitation. River of Lost Souls begins with the early history of the Animas when only indigenous people lived near its banks, looks at the arrival of European explorers, and finally examines the influx of miners seeking the plentiful veins of ore in the mountains and the settlers who farmed the downstream valleys below.

River of Lost Souls is not simply a chronicle of land use and abuse. It is also a paean to a place where Thompson was raised and a landscape he clearly loves. His great-grandparents settled along the Animas, as did his grandparents. His parents worked for a time in Silverton, then moved to Durango where Thompson graduated from high school. After college, Thompson honed his skills as a reporter and photographer for the Silverton Standard & the Miner newspaper, observing first-hand the land-use conflicts that characterize competing interests.

The subtitle of River of Lost Souls, “The Science, Politics, and Greed Behind the Gold King Mine Disaster,” suggests an expose of the notorious August 5, 2015 release of three million gallons of water containing “some 880,000 pounds of metals: zinc, cadmium, aluminum, arsenic, and mostly, iron hydroxides.” When an EPA mitigation crew accidentally excavated a blockaded mine portal, an orange gusher shot out of the mountainside into Cement Creek. The pollution immediately flowed into the Animas, rapidly traveling downstream with poisonous intent. The disaster reaped headlines for weeks, the unsightly orange “slug” poisoning everything in its way.

As an environmental writer (editor-in-chief for High Country News from 2007-2010), Thompson infuses River of Lost Souls with an ecological slant. But he is sympathetic with the hard rock miners, too. I thought he was particularly astute when describing the close-knit friendships of miners and their families, especially in the early twentieth century when Silverton was booming. Later, when corporate greed ran amok, when labor unions were busted, and when the lodes began to play out, problems ensued. The Silverton Caldera, laced with a variety of minerals, was always polluted. Some of the springs were unpalatable, and fish that thrived in some lakes and streams were nonexistent in others. Mining, by shunting rocks and underground water pockets from adit to shaft to drift, exacerbated imbalances. In truth, the Gold King spill was inevitable; just its magnitude was unexpected.

In truth, too, I didn’t expect a book about hard rock mining to be so captivating. Thompson writes well, but his special skill shines when he blends the personal with the scientific with the historic, fusing anecdotes and local lore with careful research and reflection. Anyone interested in the Four Corners section of the American West will find River of Lost Souls a macrocosm of western settlement and exploitation, as well as a microcosm of affection for a very special place. – Ann Ronald 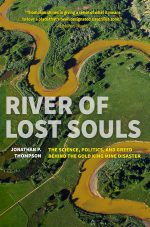 Ann Ronald is a retired English professor from the University of Nevada, Reno. Author of dozens of reviews, she’s also written a number of books about the American West. They include literary studies such as The New West of Edward Abby and Reader of the Purple Sage, cultural studies such as GhostWest and Oh, Give Me a Home, and nature writing such as Earthtones: A Nevada Album. Her latest is a work of fiction, Friendly Fallout 1953. Since retiring, she’s been reading vociferously, so “Bookin’ With Sunny” is giving her a wonderful opportunity to share thoughts about her favorite new discoveries.
More from this reviewer
PrevHome
The Atomic City GirlsNext