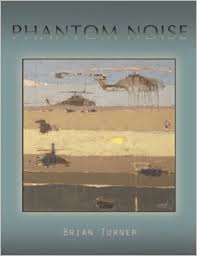 April is National Poetry Month. Once again, we appear to be a nation of “let’s not overdo it.” Just as we annually enjoin our fellow citizens to delve into the lives of important African-Americans for the entire short month of February, it is now April and time to return to national awareness of poetry. God forbid that we should entertain both subjects for a period of twelve months on an annual basis.

I discovered Brian Turner when posting Ann Ronald’s review of Turner’s memoir of his military experiences, My Life as a Foreign Country. Although My Life is memoir, Turner is more widely known for his poetry. It was after reading “At Lowe’s Home Improvement Center,” a poem about a veteran’s visit to his local Lowe’s store, that I was hooked:

Standing in aisle 16, the hammer and anchor aisle,
I bust a 50 pound box of double-headed nails
open by accident, their oily bright shanks
and diamond points like firing pins
from M-4s and M-16s.
In a steady stream
they pour onto the tile floor, constant as shells
falling south of Baghdad last night, where Bosch
kneeled under the chain guns of helicopters
stationed above, their tracer-fire a synaptic geometry
of light.
At dawn, when the shelling stops,
hundreds of bandages will not be enough.

Phantom Noise is the now-at-home-war packed into every duffel bag of every soldier returning home to the States after deployment in any war, but in Turner’s case, mostly Iraq. Soldiering is no longer the bailiwick of only men, nor is its literary wake. In the title poem, “Phantom Noise,” Turner describes that noise as “bullet-borne language” and his words seldom miss their mark.

There is more than military appeal to Turner’s work. Yes, he writes of action, bloody action, but then brings it home, as in “The Mutanabbi Street Bombing”:

You mean like the diner down the street? My Starbucks? Or Sundance Books and Music? Exactly. Turner also reminds us of war’s longevity, as in “Ancient Baghdad”:

Downriver, villagers stood at the banks
where bodies drifted past, learning
from water’s deep and rapid transport
how the dead come in constant supply.

Turner enlisted in the Army after earning his MFA. He is a poet gone to war and my thought throughout the book was why? – until I got to page 53 and his poem “22 Caliber.” The poem begins as we see his father teaching him the art of Assembling a zip gun, teaching me/to clamp the small diameter pipe/to form a smooth-bore barrel,/bracket and finishing nail/as hammer and firing pin. Oh, I said to myself, this is a “guy thing.” The poem continues with male-oriented language, and as a female reader I had some smugness in my appreciation of it. But in the last stanza, as he is firing over and over at paper targets, and an exercise in muscle memory, the last three lines turn this “guy thing” into something else, entirely:

I am learning how to connect
with the small dark silence
carried within the center of all things.

Those three lines remind me that one does not need a zip gun to find “the small dark silence carried within the center of all things” and people, too, men and women.

Phantom Noise is a book I have already ready through several times. Some of the poems brought me to unexpected emotional responses, including tears. I don’t think I’ve ever read a more moving poem about an unborn child than Turner’s “To My Unnamed Daughter.” The horror and loss in his poems

are mirrored by his appreciation for the culture of the country in which he fights. The phantom noise of Brian Turner’s wartime experience is both a work of terror and beauty. It should be read by all Americans, twelve months out of the year. – Sunny Solomon 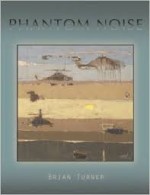 Sunny Solomon holds an MA in English/Creative Writing, San Francisco State University. She is a book reviewer for “The Clayton Pioneer” and her poetry and other writing has been published in literary journals, one chapbook, In the Company of Hope and the collection, Six Poets Sixty-six Poems. She was the happy manager of Bonanza Books, Clayton, CA and Clayton Books, Clayton, CA. She continues to moderate a thriving book club that survived the closure of the store from which it began. Sunny currently lives next to the Truckee in Reno, NV.
More from this reviewer
PrevHow to be a Good Wife
The Collapse of Western CivilizationNext