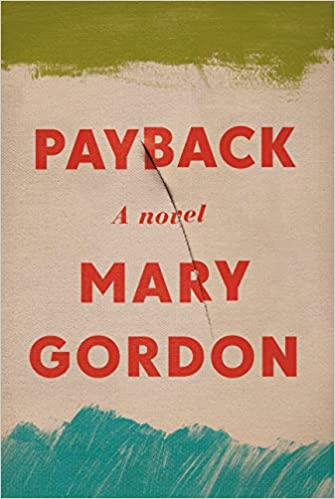 Payback, Mary Gordon’s philosophically emotional tale of forty-seven years of planning and plotting payback for an act of betrayal.

Payback is Mary Gordon’s thirteenth novel. Like most of her work, this story comes packed with philosophically emotional ingredients. It begins in fictional Brimston, Arizona, February 2018, ending one year later, same city, same month but 2019. From Page 3 to Page 338, are forty-seven years.

Quin Archer, Agnes Vaughan, and those 47 years are the main characters. The back story includes mothers, fathers, college friends, husbands, and a whole lot of expected behavior just hanging on in the early 1970s. The difference between readers who are well into their senior years (me) and readers who are well into today’s fast-paced lives of social media is something Payback made me think about. Gordon covers a broad swath of ever-changing public mores: truth, dishonesty, personal integrity, religion, concern for others, sexuality.

Quin is the producer/star of a reality TV show called Payback, a show based on the philosophy of Ayn Rand’s theory of beneficent selfishness. Fans send Quin their stories of victimization, and she, in turn, finds the abusers and confronts them (with the abused in tow) live on national TV (including podcasts). In Quin’s world, there are no victims, only those unwilling to stand up to the wrongdoers and demand payback. The show’s success is worldwide. Part I of the novel closes with Quin’s announcement that her next broadcast will be personal. She will disclose the person who betrayed her. She reminds her enthusiastic and adoring fans that “FORGIVENESS WITHOUT PAYBACK KEEPS A VICTIM IN HIS CHAINS.”

Part II steps back to April 1972. Agnes Vaughan is a young, recent college graduate who teaches art history at a posh all-girls high school in New Canterbury, Rhode Island. Fifteen-year-old Heidi Stolz is Agnes Vaughan’s most troubled and, at the same time, most intriguing student. Stolz, bright and outrageously obnoxious, socially distances herself from classmates and teachers. Kindhearted Agnes, who believes she has a responsibility as a teacher, attempts to engage Heidi’s interest in art by giving Heidi a ticket to a Guernica lecture to be held in New York City. In addition to the ticket, Agnes, having recently bought a very chic pair of red boots, which she later believes are much too stylish for her own tastes, gives the boots to Heidi, despite deeply worrying that she may have overstepped proper teacher/student boundaries.

Stolz attends the lecture (wearing the red boots), where, before leaving the museum, she meets an older gentleman who gives her more attention to both her looks and her brain than she’s ever experienced. Heidi masks her age with newly tried sophistication. The day does not end well. Heidi runs from the man’s apartment, takes the train home, and seeks solace from the only person she can trust, Agnes Vaughan. And kindhearted Agnes’ response to Heidi’s outpouring of her traumatic experience? “How could you have let that happen?” A betrayed Heidi turns and runs, never outdistancing that betrayal.

Agnes’ remorseful guilt causes skin rashes, depression, and more. She flees to Europe, eventually marries an Italian, and becomes Mrs. Di Martini of Rome. The only thing that has not fled is Agnes’s guilt over her treatment of Heidi. But Heidi, too, has run away; from her school and her family, living years in abject poverty and self-imposed sexual abuse. At some point, discovering Ayn Rand, Heidi gets a toehold and moves west, eventually becoming Quin Archer. We now hold our breaths. Unlike Quin’s fans, we know the name of her abuser. We don’t know when, but we know what’s coming.

In 2015, Agnes, now a widow, a grandmother, and a retired art restorer, returns to New Canterbury. The world has changed; yesterday’s platitudes are as worthless as today’s lies posing as truths. Secrets have gone viral. Real-life, with its pain and horrors, is presented as entertainment. Agnes, the loving mother and grandmother, slowly finds her way with the support of family and friends. Years pass. Agnes and her beloved dog are now living in her mother’s home, the house she loved and grew up in.

Quin Archer has made her plans. It is April 2018; Quin and her crew arrive at the address of the Vaughan home in New Canterbury, the place of her betrayal. Agnes de Martini answers not only the doorbell but the loud rapping of her decorative dolphin door knocker. “’Yes?’ she says, her smile uncertain and yet not unwelcoming.” Payback begins. Do not pass up this novel. –  Sunny Solomon

Also available by Mary Gordon: There Your Heart Lies; The Liars Wife; The Love of My Youth; Reading Jesus, A Writer’s Encounter with the Gospels; Circling My Mother; Pearl; Joan of Arc; The Shadow Man, A Daughter’s Search for Her Father; The Other Side; The Company of Women; Final Payments; Seeing Through Places; The Rest of Life; Good Boys and Dead Girls; Men and Angels; Spending; The Stories of Mary Gordon; The Other Side. 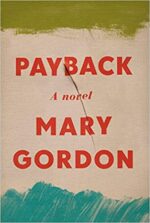 Sunny Solomon holds an MA in English/Creative Writing, San Francisco State University. She is a book reviewer for “The Clayton Pioneer” and her poetry and other writing has been published in literary journals, one chapbook, In the Company of Hope and the collection, Six Poets Sixty-six Poems. She was the happy manager of Bonanza Books, Clayton, CA and Clayton Books, Clayton, CA. She continues to moderate a thriving book club that survived the closure of the store from which it began. Sunny currently lives next to the Truckee in Reno, NV.
More from this reviewer
PrevThe Swan Thieves
Little Dancer Aged FourteenNext