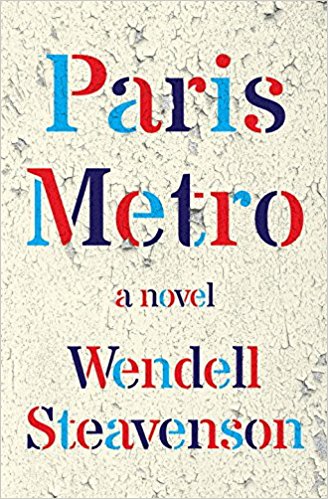 I picked up Wendell Steavenson’s novel, Paris Metro, expecting a terrorist thriller to warm my blood on a cold winter’s evening. If I had considered the cover blurbs more carefully, I might have realized I was about to read a provocative and thoughtful narrative of cross-cultural complexity. What a fine piece of writing! Paris Metro includes so many twenty-first century ethnocentric threads that I hardly know where to begin.

Catherine Kittredge, a free-lance reporter who prefers to be in the midst of chaos, tells her own story. With an eye for detail, her fictional words replicate her reporting by interviewing eye witnesses to mayhem and horror and mixing those accounts with personal observations. Paris Metro opens with a 2015 Paris raid on terrorists suspected of killing 130 innocent people at the Bataclan theatre and nearby restaurants and bars. Kit is there, watching every moment of gunfire exchange. Then Paris Metro moves back in time, to Baghdad war zones in 2003, to Beirut riots in 2005, to contemporary Syrian refugees in Kos. At the same time, Kit circles again and again to Paris, present and past, covering events like the Saint Denis raid and the Charlie Hebdo attack that we’ve all watched on television. Reading Metro Paris is, in fact, like reliving the past decade and a half. As Kit observes, “All the time, time-lapse chrysanthemum spreading its petals into full-blown flower, the violence blossomed.”

This, however, is the superficial outline of a much more complicated book. The cast of characters, who come from many nations, sets the tone. Kit, partially raised in New England and partially in Paris, is herself the daughter of an American father and an English mother. In Baghdad she falls in love with a Sunni man whose father was Saddam Hussein’s Iraqi diplomat in Washington, D.C. Kit’s close colleagues are just as diverse—a gay French ambassador, a fatherly reporter married to a psychiatrist, a dread-locked, opium-addicted, prize-winning, war-zone photographer, and her best female friend, a gifted young artist from Strasbourg. Diverse, too, are the people Kit meets and interviews, who are too numerous to list.
Even as wartime and terror swirl around them all, these men and women find time to debate the issues. And here is where Paris Metro is so very stimulating. Sunni versus Shiite. Sharia law. Responsibilities of Islam and Islamic spokesmen in the modern world. How various ethnicities view Americans and American foreign policy (note: there is no significant American presence in this novel—we only perceive America through the estimations of others). Terrorism. Legal and illegal European immigration from war-torn African countries. The boundaries of the European Union. Fundamentalism. Assimilation. Diplomacy. A reporter’s moral and ethical obligations.

Paris Metro is neither a memoir nor a strictly autobiographical novel, but Wendell Steavenson is a well-published chronicler of modern European and Middle Eastern conflicts and of the featured players at the center of the chaos. She has reported from the field for years, and her nonfiction books include The Weight of a Mustard Seed, subtitled “The Intimate Story of an Iraqi General and His Family During Thirty Years of Tyranny,” and Circling the Square,” subtitled “Stories from the Egyptian Revolution.” That professional authenticity, plus her commanding reportorial gifts, make Paris Metro an especially resonant novel. It is a book I will deliberate about for a long, long time, especially whenever another overseas terrorist attack erupts on my living room television set. – Ann Ronald

Also available by Wendell Steavenson: Stories I Stole from Georgia; Circling the Square; The Weight of the Mustard Seed. 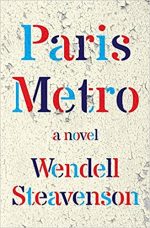 Ann Ronald is a retired English professor from the University of Nevada, Reno. Author of dozens of reviews, she’s also written a number of books about the American West. They include literary studies such as The New West of Edward Abby and Reader of the Purple Sage, cultural studies such as GhostWest and Oh, Give Me a Home, and nature writing such as Earthtones: A Nevada Album. Her latest is a work of fiction, Friendly Fallout 1953. Since retiring, she’s been reading vociferously, so “Bookin’ With Sunny” is giving her a wonderful opportunity to share thoughts about her favorite new discoveries.
More from this reviewer
PrevCzeching In: Adventures Beyond Prague
My Last ContinentNext