Czeching In: Adventures Beyond Prague 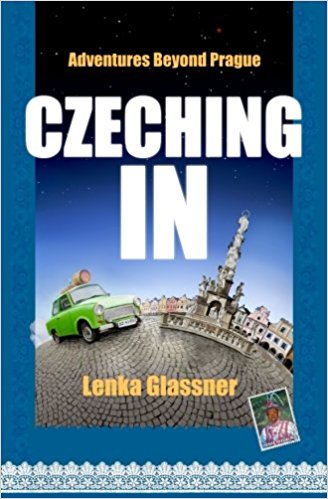 CZECHING IN: ADVENTURES BEYOND PRAGUE

In her self-published memoir-guidebook-history, Lenka Glassner offers insightful and often humorous glimpses of herself, her culture, her history, and her culinary interests (she’s a pastry chef), all bundled into an entertaining package. I will admit that Prague is one of my most favorite cities, a city that she likens to a Christmas tree. Standing in the city’s medieval core (it was spared bombing during World War II) I never know what to look at first; nearly everything is worth a gasp, a giggle, or an expression of awe.

Czeching In is a bit of an odyssey. Glassner, who has lived in America for three decades, returns to the Czech Republic (CR) with her husband, Larry, to visit her parents who live in the Moravian part of the CR. They land in Prague, spend a few days there, and then begin taking trains, buses, and automobiles through the CR to her parents’ home in Dolni Loucky, a small town in south-eastern CR. She is extremely proud of her Czech heritage, culture, and history. Think Dvorak, Kafka, and Kundera for starters. And she is extremely relieved that the CR has rediscovered its roots after the forty-year interregnum associated with Soviet domination and Czech-style socialism. Throughout, as she visits different places and meets contemporary Czechs, she reflects on what it was like to grow up in Czechoslovakia during the 1960’s and 1970’s, with many reminiscences about the 1968 Soviet invasion.

In the first half of the book, Glassner can’t quite decide if her text will be history with guidebook asides or a travel-guide with history asides. She doesn’t quite go all-in for either approach, but eventually, the history discursions fall away, and the travel guide begins to compete with the visit to her family. Nevertheless, her historical by-ways are interesting and informative giving the reader accounts of at least four Czech “defenestrations.” (To save you dictionary time, defenestration occurs when something or someone is thrown out of a window, usually on purpose.) Her accounts took me back to my undergraduate days when Martin Reif, a professor of Austrian background, delighted in regaling us with the details of the famous Defenestration of Prague. In 1618, three Catholic Austrian diplomats were launched from an upstairs window of the Prague Castle by angry Bohemian/Czech Protestants. Although unharmed by their aeronautical experiences, their humiliation was sufficient to begin the Thirty Years War.

She is concerned to discuss the various ethnic groups that have been a part of the CR’s history, particularly the Bohemians and Moravians. She even devotes a few paragraphs to the 300,000 Germans who were expelled from Czechoslovakia after World War II and the continuing plight of the poorest and most reviled ethnic segment of the modern CR, the Gypsies (Romini). However, she skips over Nazi depredations against the Jews in Czechoslovakia, particularly at Theresienstadt (Terezin) concentration camp, a very popular tourist spot in the CR and a mandatory part of nearly all guidebooks. Ditto, Lidice a small village outside of Prague that the Nazis obliterated (including its 340 citizens) in 1942 scapegoating the village for the assassination of Reinhard Heydrich, the Nazi Governor of Czechoslovakia.

One might see these oversights as arbitrary examples. After all, not everything and everyplace of note can be included in a memoir, a history, or a travel guide. Still, this reviewer thinks the absence of these particular places, and any mention of the Jewish ghetto and synagogues in Prague, to be perplexing. These cavils aside, those anticipating a trip to the CR or (like me) wishing to relive fond memories will find much that is diverting in Czeching In.   –   Neal Ferguson 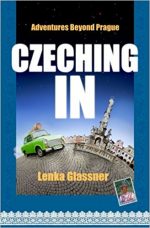 Neal Ferguson is a self described Anglo-phile. After studying for a PhD in British history and doing research for a year in various British archives, he came to the University of Nevada in 1970 to teach. Soon he found himself in administration where he remained until 2003. After returning to full-time teaching a decade ago, he decided to concentrate his teaching energies on Medieval British history and various global aspects of World War II. Dedicated to Ambrose Bierce’s proclamation that the purpose of war is to teach Americans geography, Neal insists that his students accompany him (in class) to sundry east European rivers and steppes, African deserts and jungles, south-east Asian mountain ranges and peninsulas, and small islands and coral reefs in the Pacific. Currently he is writing a book about the ups and downs of General Douglas MacArthur’s military reputation.
More from this reviewer
PrevWhy I Am Not a Feminist
Paris MetroNext