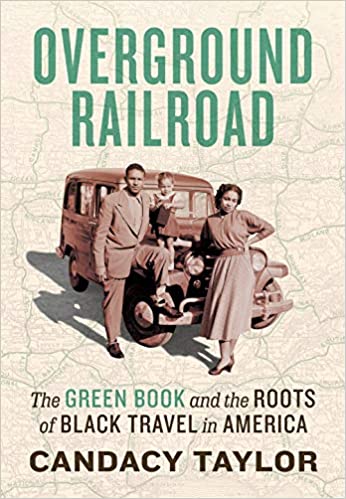 The Green Book and the Roots of Black Travel in America

My selection for Black History Month, 2021, was Candacy Taylor’s Overground Railroad. Is that a typo, you wonder? Nope, it is the story of The Green Book, African Americans’ answer to the AAA Travel Guide during the decades of Jim Crow Laws, which made travel throughout the United States a risky business if your skin was black.

What makes this the perfect read for all of us is that during this pandemic, regardless of our ethnicity, travel is again a risky business. But why recommend another book that will tell us how badly white America treated our fellow citizens of African descent? Because, dear readers, as strange as this sounds, this book is an educational delight! Taylor draws the reader into this eye-opening story right from the start, beginning her Introduction with the universal question every parent has heard and every child has asked since humans began to wander: “Are We There Yet?”

How many of us take for granted the ease with which we can travel by car from one state to another, stopping for gas, or the use of a restroom, or that welcome diner for another cup of coffee and maybe a bite to eat? And when traveling wears us out — no problem: we can easily pull into the nearest motel. That’s how it is for us white drivers, how it was for our parents or our grandparents. But until the Civil Rights Act of 1964, the Voting Rights Act of 1965, and the Fair Housing Act of 1968, the disabling Jim Crow Laws of segregation made automobile travel for Black Americans not only inconvenient but sometimes deadly.

The Negro Travelers’ Green Book was first published in Harlem in 1936 by Victor Hugo Green. Green died in 1960, and his wife, Alma, continued to publish it until its last edition, for the year 1966-67. The Green Book advised Back travelers not only where they would be welcomed: hotels, motels, stores, restaurants, gas stations, but equally as important, places to avoid for their own safety. Overground Railroad introduces the reader to those towns and municipalities throughout the U.S. known as Sundown towns; towns in which Black travelers were safe enough in daylight hours but risked their lives if passing through after sunset. For that reason, in the early years of two-lane highways, the Black traveler often had to bring along a canister of gas, blankets, food, and toilet items, knowing there might likely be no safe place for them to stop for food, rest, gas, or auto repair along the way.

Candacy Taylor’s story of The Green Book and the experiences of more than thirty years of travel for Black Americans is a treasure trove of photographs, maps, receipts, brochures, and enough ephemera to keep any reader on the edge of their seat, page after page. The publisher, Abrams Press, known for its beautiful art books, has set a new standard for their engaging layout of Overground Railroad’s pictorial and textual content. The men and women who published that travel guide and the travelers who would not leave home without it were courageous Americans.

In June 1962, a college classmate and I drove my 1956 VW bug cross country to the East Coast, down to Florida, along the South, returning to California a month later. What do I remember most from that trip? It is that early Louisiana evening when we arrived at the motel picked from my AAA Travel Guide. Nowhere in that guide did it prepare me for the neon words below the Vacancy sign: WHITES ONLY. 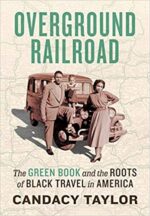 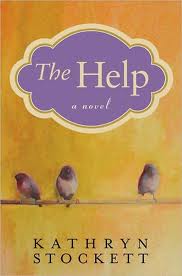 THE HELP Kathryn Stockett‘s debut novel, The Help, is so popular (my recently purchased copy was a seventh edition of the paperback) that another positive

Sunny Solomon holds an MA in English/Creative Writing, San Francisco State University. She is a book reviewer for “The Clayton Pioneer” and her poetry and other writing has been published in literary journals, one chapbook, In the Company of Hope and the collection, Six Poets Sixty-six Poems. She was the happy manager of Bonanza Books, Clayton, CA and Clayton Books, Clayton, CA. She continues to moderate a thriving book club that survived the closure of the store from which it began. Sunny currently lives next to the Truckee in Reno, NV.
More from this reviewer
PrevBroken Verses
The Peacock EmporiumNext