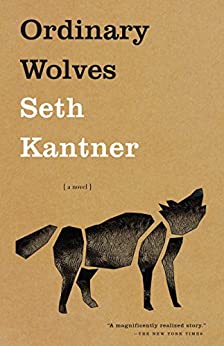 Not long ago in Bookin’, I described Susan Orlean’s nonfictional achievement, The Library Book, as a moving meditation coupled with journalism and research. Now I would like to use the phrase in a slightly different way, calling Seth Kantner’s Ordinary Wolves a fictional moving meditation. In pedestrian terms, his narrative could be called a “coming of age” novel, but in truth, it is much more than that. Cutuk Hawcly, the narrator of most of the pages of Ordinary Wolves, is coming of age in an Alaska that is changing as rapidly and as irrevocably as he is. The result is an extended, novel-length moving meditation on the intricately intertwined ways that both Cutuk and his surroundings are being forced to adapt to an unimaginable new world.

Late in the novel, Cutuk ponders a white-person career, with insurance and a pension, and decides “that feels like being born a wolf and choosing a dog’s life.” This seems to be a metaphor for every facet of Ordinary Wolves. Cutuk and the pristine Alaska he loves are the equivalents of wolves running free. As the novel moves, that freedom is truncated. To emphasize the cruciality of the metaphor, verbal snapshots of a changing Alaska terrain, seen from a wolf’s point of view, are interspersed with Cutuk’s story. And ultimately, as both narrations reach their climactic moments, Cutuk decides, “I’m not going to be a dog. I’ll take the wolf’s deal.” “Ordinary wolves,” as the title presumes.

Ordinary Wolves is a novel better read than described in a brief review. Like his main character, Seth Kantner grew up in northern Alaska, living in an igloo and being home-schooled. Unlike Cutuk, however, Kantner learned photography at an early age, attended both the University of Alaska and the University of Montana, and now has a career as an Alaskan photo-journalist. So Kantner has ventured far beyond the boundaries he sets for Cutuk, an imagined character who grows up within a narrow set of parameters. He, his father, his brother and his sister (their mother left years before), live in primitive surroundings. Once in a while, they venture to an Inupiaq village a lengthy sled-drive away, but mostly they live off the land, fighting to survive blizzards and thaws and the vagaries of animal migrations.

What Kantner brings to this novel that I can’t replicate is his intuitive eye for detail. A reader can feel the frostbite and the cold, experience the strain of digging a new outhouse or slushing for fresh water, share the fatigue of sledding countless miles while tracking game, and then the exhaustion that comes with butchering the meat and hauling it heavily-frozen back to the ice-bound igloo. A reader also shares the puzzle that is Takunak, the only town nearby, where Cutuk (his given name is Clayton, but he prefers his aboriginal nickname, just as he constantly pushes his nose to flatten it so he won’t be taunted for being white instead of Eskimo), learns to interact with other people. In Takunak, too, the white man’s world, unimaginable at first, grows increasingly intrusive.

As Ordinary Wolves progresses, Kantner takes Cutuk away from familiar surroundings and drops him first in Anchorage and later in Fairbanks. The Anchorage scenes are exquisitely painful for a young adult who has never seen even a car, let alone so many people. He has never held a job, so what can he do with talents that are of almost no use in city surroundings? And how can he negotiate sidewalks and traffic and the expectations of city folk? Here is where the term “moving meditation” best fits Kantner’s novel. While Cutuk struggles, his instinctive observations about Anchorage lead a thoughtful reader to interpret this teeming environment quite differently.

In some ways, Ordinary Wolves is more ambiance than plot, more a juxtaposition of multiple gut-level reactions to circumstance and change. Yes, Cutuk comes of age, but at the same time, a reader comes to understand some of the enormously complicated trends that are dictating what is happening as Alaska and Alaskans come of age, too. A thoughtful and thought-provoking meditative novel, one well-worth reading and extrapolating.  –  Ann Ronald

Also available by Seth Kantner: Shopping for Porcupine, A Life in Arctic Alaska; Swallowed by the Great Land; Pup and Pokey 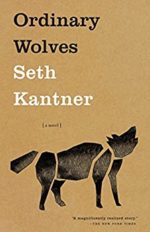 Ann Ronald is a retired English professor from the University of Nevada, Reno. Author of dozens of reviews, she’s also written a number of books about the American West. They include literary studies such as The New West of Edward Abby and Reader of the Purple Sage, cultural studies such as GhostWest and Oh, Give Me a Home, and nature writing such as Earthtones: A Nevada Album. Her latest is a work of fiction, Friendly Fallout 1953. Since retiring, she’s been reading vociferously, so “Bookin’ With Sunny” is giving her a wonderful opportunity to share thoughts about her favorite new discoveries.
More from this reviewer
PrevMy Kitchen Year
The Fencing MasterNext