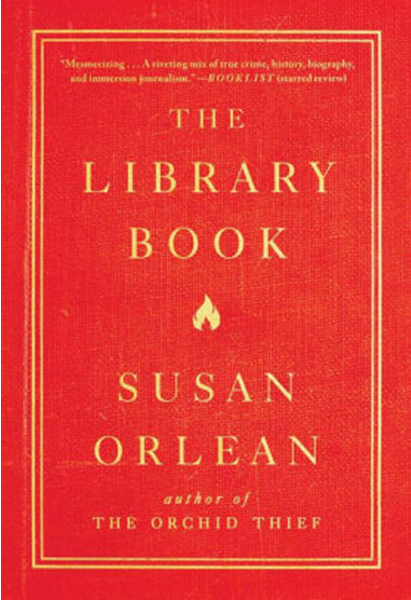 Susan Orlean’s The Library Book couples a moving meditation on the author’s part with the solid research she has conducted in archives and libraries around the world. The result is a well-written, in-depth, thoroughly fascinating book about libraries and librarians. She opens by recalling her love affair with libraries, recounting memories of going to the neighborhood library with her mother and being smitten with all the book treasures they found there. Now an adult and a polished investigative reporter, Orlean decides to focus her childhood enthusiasm on one special location—the Los Angeles Public Library.

On April 29, 1986, a fire burned down much of the building and its precious contents. Orlean tells the stories of that fire—what the patrons and the librarians and firemen recalled, what subsequent investigations exposed, who was arrested for arson, what later happened to the building, how its contents were resuscitated and replaced. All these stories are the result of countless interviews plus careful research, weaving descriptions with impressions with solid facts. Orlean’s imagination wanders, too, as she retraces countless related stories that elaborate on the L.A. catastrophe.

I can’t begin to list all the meanders, but the meandering is half the fun of The Library Book. I learned about the long history of the Los Angeles Public Library, about its origins, its design, its administrators and staff through the years. Charles Lummis, for example, a turn-of-the-century gadfly who nonetheless expanded both the holdings and the services. Or New York architect Bertram Goodhue who designed the building and the spiraled stacks that fueled the flames. Even more fun are the men and women who interact with the public. Orlean follows them around, asks questions and captures their conversations. She even lists the odd questions that are endlessly asked. Is it okay to eat a can of beans that doesn’t have an expiration date? What’s a cabana boy? How long do parrots live?

The Library Book considers other history as well. I read about libraries lost to wars in the past, and I learned a concise history of book burning. Another intriguing aside traces the history of arson investigations, explaining how new techniques and technologies are refuting many past assumptions about how fires start and spread. Was the 1986 fire actually caused by faulty heating or wiring? Or was it arson after all? No one knows for sure, although Orlean shares multiple speculations.

She also takes time to analyze problems libraries faced in the past and different issues that confront librarians today. She writes about changes that have come about with the advent of the internet. Users need help with online research, want access to digital books, hope to view pornography on library computers. Homeless Los Angeleans now flock to the public library, too, especially on rainy days. How might that influx be turned into communication opportunities, pairing needy men and women with real-time solutions?

All this, and a great deal more, Orlean packs into The Library Book. I’m not sure I have ever read nonfiction that covers so much territory yet holds coherently together. Midway through her book, Orlean ends a chapter about the L.A. library’s map collection by concluding that it is a part of “the bigger puzzle the library is always seeking to assemble—the looping, unending story of who we are.” And that, after all, is what The Library Book is all about—“the looping, unending story of who we are.” -Ann Ronald 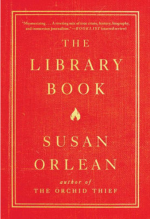 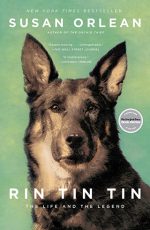 Rin Tin Tin – The Life and the Legend

RIN TIN TIN – America’s favorite German Shepherd Not long ago, I reviewed Susan Orlean’s latest, The Library Book. Because I liked it so much, 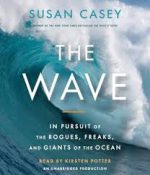 The Wave, in Pursuit of Rogues, Freaks, and Giants of the Ocean

THE WAVE Niche genres have always attracted my reading attention. Recently, I’ve been drawn to books that cross investigative journalism with a healthy dose of

Ann Ronald is a retired English professor from the University of Nevada, Reno. Author of dozens of reviews, she’s also written a number of books about the American West. They include literary studies such as The New West of Edward Abby and Reader of the Purple Sage, cultural studies such as GhostWest and Oh, Give Me a Home, and nature writing such as Earthtones: A Nevada Album. Her latest is a work of fiction, Friendly Fallout 1953. Since retiring, she’s been reading vociferously, so “Bookin’ With Sunny” is giving her a wonderful opportunity to share thoughts about her favorite new discoveries.
More from this reviewer
PrevSlave Old Man
Two from Rose George – The Big Necessity & Nine PintsNext