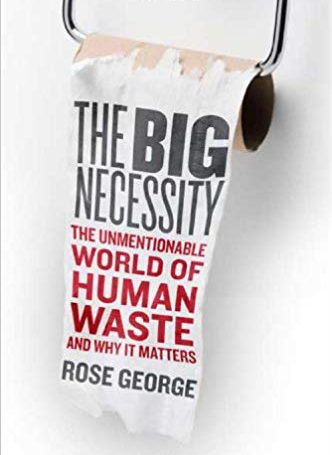 THE BIG NECESSITY AND NINE PINTS

Both of these books merit independent reviews, but since they were written by the same author and both investigate and analyze topics that have critical importance to human life, I have chosen to review them together. The two topics that George writes about might be categorized under the rubric “blood and guts.” There are more polite labels; there are less polite labels. “Blood and guts” will suffice.

The Big Necessity is an entertaining and deeply researched history of the disposal of human waste and its significance to what we think of as civilization. Back when Planet Earth supported only 100 million people, say around 1000 AD, the disposal of human excreta wasn’t a particularly concerning problem unless some of those 100 million lived in clusters of more than about 25,000 or unless some general concentrated his troops in a particular locale for more than a week or so in clusters of more than 10,000. Still, we can find references to human waste and the difficulties associated with its disposal and uses as far back as the written word takes us. But when Planet Earth began supporting a human population of 1 billion, around 1800, then excreta’s disposal and use began to pose far greater challenges.

George very cleverly takes the reader down the path of least resistance for a while, a strategy that leads the reader into the sewers of modern cities which, by design and necessity, also follow the path of least resistance. In this case, sewers need an incline of about one inch in every ten feet of length in order to keep the mass of fluids and solids moving along. She then introduces us to the idea that the flushing toilet is the epitome of civilization only to undercut it by showing how limited its use really is, limitations imposed by cost, scarcity of water, and cultural practices.

If the flushing toilet isn’t the answer, what is? Now there’s a conundrum! Chapters on India, Bangladesh, China, and Africa help us understand the range of answers being explored. It turns out that, similar to most human problems, there is no positive answer that doesn’t have some negatives associated with it. Along the way, George provides evidence time and again that the flushing toilet may turn out to be, historically speaking, a short-term solution. As Planet Earth reaches, 8 billion and beyond, we may find ourselves metaphorically up to our collective necks in smelly, deadly germs. This book is not for the squeamish, but diseases produced by our bodily fluids kill more people worldwide than anything else. 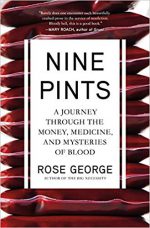 For some people in some cultures, blood is nearly as much of a taboo topic as is excrement, particularly if the blood is associated with menstruation. Still, blood is at the center of life. George dives right in with her blend of smarts, humor, and memorable writing.

I didn’t know that when I donate my blood, it is then broken down into more than a dozen compounds that have a significant worth on the open market. Blood is big business.

It’s in the science and the medicine of blood that I find George most interesting. (The business of blood I find to be somewhat morally repugnant.) Being a historian and being also interested in combat medicine, I found her account of how blood transfusions have come to be the single most important part of saving wounded soldiers’ lives fascinating. Still, there is a continuing controversy over the form of the blood transfusion—whole or as plasma—and the role it plays under what condition in preventing the development of shock to a wounded soldier’s system. It turns out that “depends” is still the answer. Blood’s role in life is so amazingly complex.

I was charmed by both of these books. I think you may be, too.   – Neal Ferguson 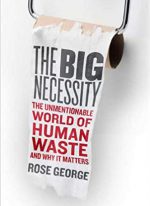 Neal Ferguson is a self described Anglo-phile. After studying for a PhD in British history and doing research for a year in various British archives, he came to the University of Nevada in 1970 to teach. Soon he found himself in administration where he remained until 2003. After returning to full-time teaching a decade ago, he decided to concentrate his teaching energies on Medieval British history and various global aspects of World War II. Dedicated to Ambrose Bierce’s proclamation that the purpose of war is to teach Americans geography, Neal insists that his students accompany him (in class) to sundry east European rivers and steppes, African deserts and jungles, south-east Asian mountain ranges and peninsulas, and small islands and coral reefs in the Pacific. Currently he is writing a book about the ups and downs of General Douglas MacArthur’s military reputation.
More from this reviewer
PrevThe Library Book
Because the Light Will Not Forgive MeNext