Home » Reviews » Old Glory, A Voyage Down the Mississippi

Old Glory, A Voyage Down the Mississippi 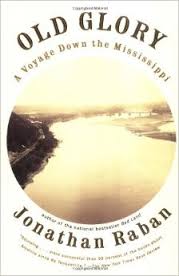 Old Glory, A Voyage Down the Mississippi

Who in his right mind would navigate a sixteen-foot, fifteen-horsepower outboard aluminum motorboat down the Mississippi from the Twin Cities to New Orleans? No one. But what Jonathan Raban perhaps lacks in sanity he makes up for with unmitigated chutzpah, incandescent curiosity, and lucid story telling. At age seven, Raban claims to have read Huckleberry Finn and immediately to have fallen in love with the idea of the Mississippi. Over time, the river becomes an obsessive dream and ever-flowing geography lesson: Dubuque, Hannibal, St. Louis, Natchez, Baton Rouge. Some thirty years later, feeling unsatisfied with a merely platonic relationship to the Mighty Mississip’, he decides to demystify his childhood longing by embracing the river’s corporeality.

“It’s hard to make travel arrangements to visit a dream,” he observes. And so mostly he doesn’t. Aside from acquiring detailed maps of the river, arranging for a boat, a quick tutorial about the river’s infinite treachery, and lots of publicity, presumably through his publisher, Raban seems determined to avoid any kind of schedule. He can’t maintain a schedule anyway because of the unpredictability of weather and traffic on the Mississippi. He follows instructions never to be caught in a storm in mid-stream. Even though he begins in September (relatively calm weather), he nevertheless encounters storms and fog with some regularity. Actually, a strong 20 mph wind is enough to propel Raban to the shore or to the lee side of an island for protection.

Traffic on the Mississippi appears to be a constant threat to Raban’s boat and life during his odyssey. It would seem that the Mississippi is miles wide, and it typically is, but the navigation lanes are often quite narrow because of islands, sandbars, snags, currents, boils, mushrooms, converging streams and rivers and what not. His chief nemesis emerges in the guise of numerous tugs pushing barges up and down the river. The currents, whirlpools, and waves the tugs stir up threaten instant foundering for Raban’s craft. Several times each day he has to tie up somewhere while the tugs rampage past.

What about at night? He can’t travel by night. It is simply too dangerous. He has no sonar or radar. He does get a radio eventually, but it is of help only if he can see what is coming towards him. So, at night he ties up, usually at a commercial dock, in some small town but occasionally at a larger town like St. Louis or Memphis. He has two orders of business after securing his boat: finding a cheap motel and a place to eat—usually a bar. There are lots of bars in this voyage, full of “real” Americans who might be reluctant to talk with most strangers, but Raban has an English accent and a notebook. Everyone seems eager to spill their guts to him about their marriages, religion, racist attitudes, fishing, and hard-luck lives. His voyage is a continuous, kaleidoscopic Country and Western song lyric from Minneapolis to the Gulf of Mexico. Raban is interested, however, in talking with people wherever he finds them, so he crashes bank-side BBQ’s, gets random people to give him a bed (or take him to bed) for the night, and attends more than one evangelical church service. He knows no fear.

Old Glory is about a slice of America—the Mississippi and the people who live along it—as experienced by a keenly observant foreigner, an outsider. Although this is the second of his books that I’ve read, I’m not sure whether his being an outsider in America is more connected to his being English or to his personality—his penchant for detachment. I vote for detachment. It gives his writing a slightly jagged edge that nevertheless cuts deeply and is vastly entertaining. – Neal Ferguson 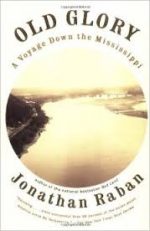 Neal Ferguson is a self described Anglo-phile. After studying for a PhD in British history and doing research for a year in various British archives, he came to the University of Nevada in 1970 to teach. Soon he found himself in administration where he remained until 2003. After returning to full-time teaching a decade ago, he decided to concentrate his teaching energies on Medieval British history and various global aspects of World War II. Dedicated to Ambrose Bierce’s proclamation that the purpose of war is to teach Americans geography, Neal insists that his students accompany him (in class) to sundry east European rivers and steppes, African deserts and jungles, south-east Asian mountain ranges and peninsulas, and small islands and coral reefs in the Pacific. Currently he is writing a book about the ups and downs of General Douglas MacArthur’s military reputation.
More from this reviewer
PrevWyatt Earp Frontier Marshal – Biography meets fantasy and becomes legend
The Portable Veblen – One very squirrely engagementNext