Memories of a Marriage 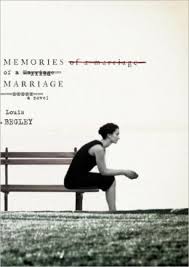 Memories of a Marriage is an intriguing and fascinating, slightly salacious, definitely scandalous, somewhat meandering, but never boring, none too gentle reminiscence of past relationships, glorious, wonderful, sad, and shocking. It offers clever and subtle insights into 1950’s society and class structure, including the consequences of breaking rules, of choosing to be different, of social-climbing and falling.

Begley constructs Memories of a Marriage without using quotation marks to delineate and separate the dialogue that makes up at least a third of the book. Perhaps it is this format that led me to describe it as somewhat meandering, however, it is not distracting and works very well to portray the slower pace of old age.

This is an absorbing story of memories, how people and situations are remembered differently by different people and how we may subconsciously or consciously choose to remember good and bad.

The narrator is Phillip, a man in his 70s, still vital and a writer. Phillip is resigned to living a widower’s existence, comfortable with reminiscing about the past and maybe living there a little too much. During a visit to the theatre, he is accosted by Lucy, someone he knew well forty years ago and had not seen for at least twenty years. He remembers the young Lucy as a knock out, daring, independent and a woman who didn’t necessarily do what was expected of her by society and her old-money family. He remembers her not wanting to live in New York and one summer returning home for some “good tennis” and then moving to Paris. On a trip back to New York he asked her what her plans were: “To live! . . . To dare to live!”

When they meet again after the performance, Phillip is shocked to hear Lucy call Thomas, her deceased ex-husband, a monster. Phillip remembers Thomas very differently, and so begins a fascination that becomes an absorption to find out what happened in the marriage that left Lucy so bitter and rancorous. Over many meetings, Lucy divulges, piece by piece, a complex picture of her life and marriage. Phillip meets with old friends to learn what they knew or remembered about Thomas and Lucy’s marriage. He also speaks with Jane, the woman Thomas was married to at the time of his death: “‘I bet she gave you the Thomas-the-monster routine’, she continued, ‘especially if you haven’t seen her since he died . . . You knew him too well to buy that sort of crap.’ Jane was wrong there. I had genuinely liked Thomas and had had a good opinion of him, but I also knew that wife beaters and child molesters often came across as nice guys. It all depends on the frequency of your contacts and the angle of vision.”

It is Phillip’s letters from and phone call with Jaime, Thomas and Lucy’s son, that helps brings Memories of Marriage to a conclusion, not as neat and tidy as might be expected, but enough to tie up most of the loose ends. In the last lines of the final chapter Lucy’s behavior, while not a complete surprise, left me feeling just a little bit sorry for her, not so easy to do as her complicated, vitriolic character is so enthrallingly unlikable throughout the book.

Louis Begley, author of ten novels, is most known for the award-winning Wartime Lies and the 1996 novel About Schmidt that inspired the 2002 film of the same name.    – Vivienne French

Also available by Louis Begley: Wartime Lies; Schmidt Steps Back; As Max Saw It; The Man Who Was Late; Schmidt Delivered; The Tremendous World I Have Inside My Head; Matters of Honor; Venice for Lovers; Mistler’s Exit; Why the Dreyfus Affair Matters; About Schmidt; Shipwreck; Kaldor Public Art Project 25. 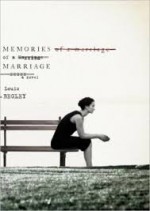 Vivienne French was born in New Zealand and grew up a voracious reader, much to the thanks of her “Mum” and fourth grade teacher, Mr. Sanders. Her short stories and articles have been published in women's magazines, specialty magazines and her hometown newspaper. She has been a resident of Reno, Nevada for twenty-nine years and has worked professionally for a number of nonprofit service organizations. She currently teaches grants writing at Truckee Meadows Community College and serves on the board of the Friends of Washoe County Library. She looks forward to getting back her favorite pastime, reading for the love of reading.
More from this reviewer
PrevItalian Ways
The Colony of Unrequited DreamsNext