Home » Reviews » Man with a Seagull on His Head

Man with a Seagull on His Head 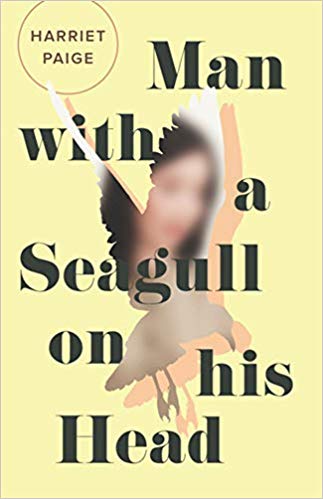 MAN WITH A SEAGULL ON HIS HEAD

The day is June 12, 1976. It is Ray Eccles’ 40th birthday. On that early Saturday morning, he walks to the seashore not far from his cottage in Southend. It is an unusual thing for him to do, but his water is shut off for repairs and believing “that he was now past the age when anything interesting was likely to happen to him,” he had nothing better to do.

He chooses to kneel in a grassy area not far from the water, contemplating an area where an underwater undetonated bomb is blocked off for public safety. “The sea never stops,” he thinks. He would have continued thinking “had not a woman suddenly stood up in his view.” She stands in the water with her back to him. Then she turns, directly facing him. Her face is the last thing he sees before a seagull falls from the sky, stabbing his head “and changed everything.”

It was a tipping point. Eccles returns to his cottage and, without explanation, begins to paint the woman’s face on the walls, not with paints, but any material at hand – food, bodily fluids, anything. His neighbors begin to worry, and the story of his accident and his bizarre paintings are reported in a local paper. A local provincial art collector, George Zoob, happens to read the story and visits Eccles, who now paints with paints, but always the face of the woman on the beach.

Zoob and his wife then collect Eccles and his work, taking them both to London where he is introduced to the art world as the next great “outsider artist.” The cottage remains empty, but the story of the accident and Eccles’s life as an artist in London is alive and well in Southend, where life continues, as life will.

Paige writes a novel difficult to categorize. It is about loss, known and unremembered, and the need to somehow find our way back to what is, or never was, what we think of as ourselves. Part of the story remains in the town where Eccles originally worked and includes those people he once worked with and the woman whose face he now compulsively paints.

The story moves by decades with characters marrying, going into business, aging, becoming ill, and every so often word of the famous painter continues to return to Southend. The Zoobs also age and die, but not before a painful break with Eccles, who leaves the flat to become another London homeless statistic.

Indeed, life continues, and in a touchingly bizarre twist, Eccles, who was once saved himself, rescues a wounded pigeon, who, unable to fly, then becomes Eccles’ constant companion. After both of her parents are dead, the Zoob’s surviving daughter searches for Eccles, a man she barely remembers, yet feels a need to see again. The walls of the cottage where Eccles first painted the picture of the woman’s face have been transported to a London museum. And the woman whose face is now famous, at seventy years of age, travels to London to see the pictures for the first time, trying to remember what she saw on the beach that day in 1976.

Eccles’ art somehow mirrors both the artist’s and spectator’s need to be connected, if not to each other, then at least to be connected to life as portrayed by art. Sometimes we go to art for that connection. Sometimes the art comes to us. And sometimes we become the art. – Sunny Solomon 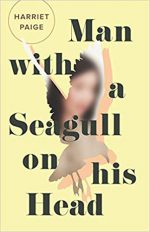 Sunny Solomon holds an MA in English/Creative Writing, San Francisco State University. She is a book reviewer for “The Clayton Pioneer” and her poetry and other writing has been published in literary journals, one chapbook, In the Company of Hope and the collection, Six Poets Sixty-six Poems. She was the happy manager of Bonanza Books, Clayton, CA and Clayton Books, Clayton, CA. She continues to moderate a thriving book club that survived the closure of the store from which it began. Sunny currently lives next to the Truckee in Reno, NV.
More from this reviewer
PrevCaleb’s Crossing — Unknown history
Nefertiti: The Book of the DeadNext