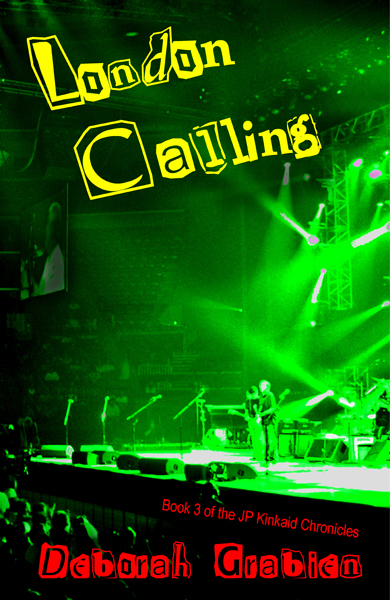 Hooray for the third of Grabien’s JP Kinkaid Chronicles. Somehow, Grabien has once again managed to deftly bring together mystery, music and maturity. For those of you who are already JP Kinkaid fans, you will not be disappointed.

But for you readers who have not had the pleasure, welcome to the world of Rock and Roll, played by those musical groups lucky and good enough to have found their way through their wild years of youth, drugs and sex. Grabien brings Blacklight, a mostly Brit rock band, into the heady pace of world concerts, but these musicians and singers are all past the big 50. And trust me, they still rock.

After all the years of playing together as a band, they have evolved into something as close to family as one can get. Grabien’s own musical background is her key to unlocking a world into which few of us will ever travel.

From the first of the Chronicles, Rock and Roll Never Forgets, in which Grabien brings us backstage and onstage, readers know they are in for something special. JP Kinkaid is a protagonist whose life is as complex as the mysteries in which he finds himself involved. When we meet him again in London Calling, his estranged first wife has died, finally leaving him free to marry Bree, his lover and companion of more than twenty years. The story takes place while on their honeymoon, with the Cannes Film Festival as one of their destinations. A documentary depicting the early life of Blacklight and two other rock groups is among the films to be shown. All members of Blacklight and their spouses are in attendance, but music is not the only thing that rocks in this story. Plans for the film’s showing and a much anticipated outdoor performance by Blacklight are seemingly put on hold after the film director’s villa and film vault are destroyed by a terrorist bomb.

Without giving away any of the plot, it is enough to say that Grabien has done her homework. The very current terrorist threat of racism, on the rise again in Europe, mysteriously comes to life in the film destroyed by the bomb. Grabien also keeps her cast of characters intact, including Detective Patrick Ormand whom we met in her first Kinkaid novel.

What stands out in all these novels is the author’s ability to give a depth of maturity and reality to her characters, from Kinkaid’s ongoing struggles with his MS, to the loyalty and camaraderie of the members of Blacklight. The inner workings of a successful band on the road are fascinating to the layman: the ticketing, travel arrangements, legal mishaps, publicity, and other details are also part of the story and solidifies the reality of the world of rock and roll. 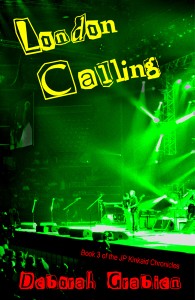 Sunny Solomon holds an MA in English/Creative Writing, San Francisco State University. She is a book reviewer for “The Clayton Pioneer” and her poetry and other writing has been published in literary journals, one chapbook, In the Company of Hope and the collection, Six Poets Sixty-six Poems. She was the happy manager of Bonanza Books, Clayton, CA and Clayton Books, Clayton, CA. She continues to moderate a thriving book club that survived the closure of the store from which it began. Sunny currently lives next to the Truckee in Reno, NV.
More from this reviewer
PrevSweeping Up Glass
Ape HouseNext