Home » Reviews » How to Catch a Mole

How to Catch a Mole 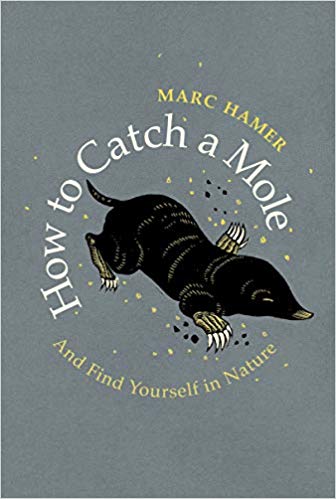 HOW TO CATCH A MOLE

How to Catch a Mole is the surprisingly enchanting memoir of a molecatcher. A what, you might ask, molecatcher? Like it’s a profession? Indeed, it is. And what does the molecatcher do once the mole is captured? The details of that, gentle reader, come quite late in this memoir.

For those of us whose only knowledge of moles comes from the pages of The Wind in the Willows, the childhood favorite from Scottish writer Kenneth Grahame, Welsh writer Marc Hamer’s tale of moles, in general, is a far different story.

How to Catch a Mole begins with a curiously enticing prologue. Hamer tells us that he is a gardener and has been catching moles for a long time. He does not tell us that he is retiring, but instead declares, “that I am not going to do it any more.” Molecatching has provided Hamer with “a good life,” but now that he is old, he is “tired of hunting, trapping and killing, and it has taught me what I needed to learn.” What Hamer needed to learn is at the heart of his story.

On page two, the author tells us that at age sixteen he left home and set off walking for more than a year. It is, however, not until page fifty that he tells us that in the winter of that year, while still living at home, his mother died. Is knowing his mother died in the winter important? I think so, because in the spring, only months after her death, his father told him that he “was surplus to requirements and should leave.”  That act of cruelty on his father’s part and the next eighteen months of living on his own became Hamer’s Baedeker, a guide for the direction his life would take.

And what about moles? After years of hunting them, Hamer tells us, “Moles are tiny, they are cute, and like the rest of nature they do not care what we feel.” That sentence brought me back to his father’s cruelty. What the mole does is a disruption of “the artificial serenity of a lawn.” Hamer continues: “Gardening is not nature: it is using the laws of nature and science to impose our will on a place, and for some people this need for control goes to extremes.” In one sentence he took me back to my reaction to the Butchart Gardens in British Columbia. “No living thing is ever perfectly symmetrical, and imperfection is where beauty is found.”

How did the author, who believed “all living things have equal value,” feel about the end-result of his successful molecatching? He admitted that if he was equal to the mole, “then I was killing myself.” Here, early in his story, before telling us the most minute details of a mole’s existence, he tells us, “I didn’t look at them. I became good at disassociating myself from their deaths.”

The author’s isolating life as a molecatcher softened with his marriage and parenthood, but when out in the fields and meadows, he still experienced days with little or no human contact. Hamer’s reality is symbiotic with the natural world to the point that his identity as a child is abandoned so that “it has become impossible to construct any kind of solid mutable ‘self’, because I don’t know how to do it.”

As I read deeper and deeper into Hamer’s memoir, I finally became impatient. I wanted to know what it was he disassociated from when he caught a mole? With almost less than forty pages from the end of the book, it is finally there, the chapter titled Mole Traps and Breaking Things.

When the effects of growing old begin to permeate, “when winter is starting to bite,” he feels “that I have really had enough.”  Marc Hamer’s persona is not always easily understood, at least by this reader. But what he has experienced by mindfully paying attention to nature is enough to value his insights and to take delight in the following words: “My world is changing, I am accepting things that will never be and embracing things that I never expected: a different kind of freedom, that comes out of the blue where things and people go and leave space, a vacuum to fill.”   –   Sunny Solomon 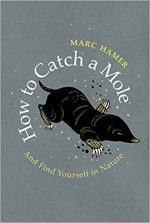 Sunny Solomon holds an MA in English/Creative Writing, San Francisco State University. She is a book reviewer for “The Clayton Pioneer” and her poetry and other writing has been published in literary journals, one chapbook, In the Company of Hope and the collection, Six Poets Sixty-six Poems. She was the happy manager of Bonanza Books, Clayton, CA and Clayton Books, Clayton, CA. She continues to moderate a thriving book club that survived the closure of the store from which it began. Sunny currently lives next to the Truckee in Reno, NV.
More from this reviewer
PrevA Single Spy
The After PartyNext