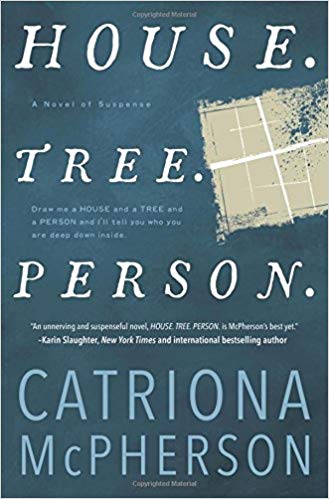 When one is recovering from surgery having books around the scatter is a terrific way to while away the hours between meds. Catriona McPherson’s House. Tree. Person. was just what I needed. My pain was nothing compared to the scary and increasingly hair-raising plot surrounding McPherson’s macabre story.

I’m not a huge mystery fan, but McPherson has written a story about a most unsympathetic woman who should have divorced her husband years ago. Initially, I was not crazy about Allison, a wife who gives her life over to her husband. She adores their fifteen-year-old son Angelo, well, as much as any parent can adore a fifteen-year-old offspring. In addition, she is somehow able to move past her husband’s mismanagement of family business and funds. She also hears voices, well, not words as much as a sound: “Mmmmhmmm” as if a child is calling her from someplace we do not want to think about; so we are not surprised to learn that another part of Alison’s background includes a year in an institution as a result of a mental breakdown.

The family is in dire straights, and both Allison and her husband are unemployed and looking for work. They’ve lost their home, her business, and sunk to renting a small house in a nondescript town with a military firing range just over the hill and an ancient abbey open to the public and located practically in their backyard. One night sweet Angelo finds a body on the abbey grounds, not the entire body, but a hand rising from the mud from a recent rainfall.

It isn’t enough that the family is nearly out of money, their son is questioned by the police, and their neighbors are thinking the worst. Ali’s husband too eagerly helps her apply for a job at a nearby sanitorium to work as a beautician therapist (she had been a beautician until she had to sell the shop). He fills out most of the paperwork, making up a nonexistent background he assures her will not be carefully checked. Alison reluctantly defers to her husband’s efforts to get this particular job. Ali interviews with a female Dr. Ferris who, with her doctor husband, runs the newly built home-away-from-home for a range of mentally disturbed folks. The female Dr. Ferris is easy to dislike and distrust as she readily accepts Alison’s application.

About this point in the story, I wonder if Alison “the pushover” is a product of her Scottish culture.

The pace picks up. Alison, beginning to think more clearly, questions why they have hired her, and she also thinks Mrs. Dr. Ferris is as strange as some of the patients. McPherson writes what appears to be two separate stories: who did the hand sticking out of the abbey grounds belong to, and did one of the young patients really kill her father as she claims? The hospital staff is a loving and warm group of people who have all worked in psychiatric facilities before and have all suffered serious losses in their lives. They agree that something strange is going on far beyond patient care.

McPherson creates enough twists and turns in this mystery to satisfy most any reader. What I found most attractive was how she fleshes out her characters. They sort of grow on you and as their relationships between each other crisscross the reader must pay careful attention. Everybody is important: from Angelo to his mother and his father, to the husband and wife doctors who operate the sanitorium, to the police who are determined to link Angelo to the body belonging to the hand, to the hospital staff, and especially to two young female patients, one whose therapeutic drawing of a house, a tree and person may have more to say than the staff imagines.

House. Tree. Person. is a full-bodied mystery. We have murder, insanity, greed, young love, old love, infidelity, creepy landscapes, and a final resolution to almost everything. It is a stand-alone novel I’d recommend to mystery lovers. Ann has just reviewed three other McPherson mysteries, and I’m glad to have experienced a part of McPherson’s Scotland.  – Sunny Solomon 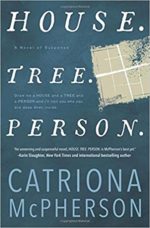 What a pleasure to be back with JP Kinkaid, his wife Bree, and the rest of the Blacklight entourage. Deborah Grabien, JP’s creator, has again 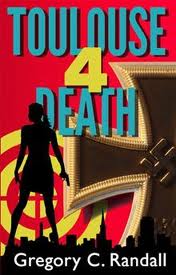 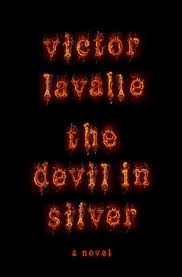 The Devil In Silver

Never mind that copies of The Devil in Silver were given away at the World Horror Convention, or that its title is spelled out in

Sunny Solomon holds an MA in English/Creative Writing, San Francisco State University. She is a book reviewer for “The Clayton Pioneer” and her poetry and other writing has been published in literary journals, one chapbook, In the Company of Hope and the collection, Six Poets Sixty-six Poems. She was the happy manager of Bonanza Books, Clayton, CA and Clayton Books, Clayton, CA. She continues to moderate a thriving book club that survived the closure of the store from which it began. Sunny currently lives next to the Truckee in Reno, NV.
More from this reviewer
PrevMcPherson Three: Measure of Brimstone; Quiet Neighbors; Scot Free
Eliza WaiteNext