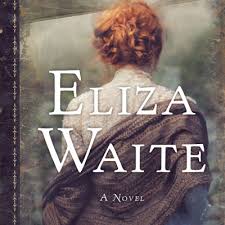 Isolated on a tiny San Juan Island after her husband and son die during a smallpox epidemic, Eliza Waite tries to make the best of an impossible situation. The first half of Ashley E. Sweeney’s novel, Eliza Waite, traces the young woman’s physical and emotional trials. A shabby cabin, constant hunger, inclement Pacific Northwest weather, a broken ankle, an itinerant suitor: all make Eliza’s life miserable. But her tribulations also shore up her resolve to seek something more. Her solution? The 1898 Alaskan gold rush.

Using her minimal savings, Eliza boards the steamer Ketchikan and heads for Skagway. The second half of Eliza Waite presents a radically different picture of a late nineteenth-century woman trying to make her way through life alone. From introspective loneliness to frontier chaos, Sweeney’s protagonist suddenly plunges into a panoramic maelstrom. She finds a place to live, meets new friends, borrows money and sets up a bake-shop business that thrives. The contrast between the original Eliza and her Alaskan make-over is startling but integral to the novel’s effectiveness. Through flashbacks, the reader comes to know Eliza as a youngster, a wife and mother, and then as a successful entrepreneur. The transitions make sense, given her familial background and her talents as a cook. Quite fun, I thought, to share her transformation.

What I liked best about Eliza Waite, however, was its originality. I’m not sure I’ve ever read western historical fiction so radically imagined. The San Juan islands Eliza is an outcast, clumsy and unsure of herself. The Alaskan Eliza, slowly but surely, turns into the opposite. There is nothing trite about the change, however. The man who befriends her and loans her money has no ulterior motives whatsoever. When her temporary residence turns out to be a bordello, not strictly a boarding house, she befriends the working girls, too. It is those women who teach Eliza how to dress, how to flirt, how to make her bakery business attractive. Finding herself in a madcap frontier situation, Eliza copes with every unexpected turn of fortune. Even her forays into love and lust are portrayed with unexpected originality.

That said, I must emphasize that Sweeney, using old diaries and authentic historic accounts of Gold Rush days, researched Eliza Waite in depth. The novel’s historic Alaska underpinnings accurately reflect what was happening in Skagway in 1898. It is only the author’s imagination that stretches Eliza’s personal story. Sweeney brings the mud and muck, the frigid dark and the obscure oil-lit nooks and crannies, to light. She adds a further dimension to her tale by including Eliza’s “recipes.” Throughout the pages, Sweeney reprints the ingredients and instructions for the pioneer fare that Eliza is baking, two teacups of flour, two tablespoons of lard. At the end of the book, Sweeney adds further recipes for soups and supper dishes. Quite fun, again, to imagine my grandmothers following such patterns.

In sum, I thoroughly enjoyed Eliza Waite. I liked the characters, who were unexpectedly original, and I appreciated the historic re-examination of pioneer life. I found myself wishing Eliza well, as she steps out of the pages of her novel and into the next chapters of her existence. – Ann Ronald 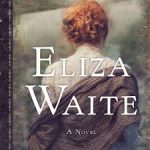 Ann Ronald is a retired English professor from the University of Nevada, Reno. Author of dozens of reviews, she’s also written a number of books about the American West. They include literary studies such as The New West of Edward Abby and Reader of the Purple Sage, cultural studies such as GhostWest and Oh, Give Me a Home, and nature writing such as Earthtones: A Nevada Album. Her latest is a work of fiction, Friendly Fallout 1953. Since retiring, she’s been reading vociferously, so “Bookin’ With Sunny” is giving her a wonderful opportunity to share thoughts about her favorite new discoveries.
More from this reviewer
PrevHouse. Tree. Person.
A Grandfather’s LessonsNext