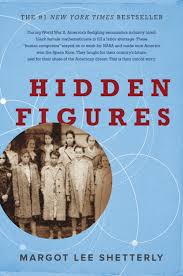 HIDDEN FIGURES: THE STORY OF THE AFRICAN-AMERICAN WOMEN WHO HELPED WIN THE SPACE RACE

I have always argued that equal education for all should be a cornerstone of our democracy. As a nation, we lose a lot of talent when students are shunted into classes or categories that don’t stretch their minds. Hidden Figures proves my point. It reveals a whole generation of talent that exceeded narrow expectations and that, in the mid-twentieth century, contributed mightily to our nation’s successful space program.  Margot Lee Shetterly narrates exactly what happened when a cadre of African-American female mathematicians joined the Langley Memorial Aeronautical Laboratory after World War II and then went to work for NASA as space explorations got underway.

Before reading Hidden Figures, and before hearing so much about the subsequent Twentieth Century Fox film, I knew nothing about the “West Computing” group at Langley.  These well-trained women, math teachers at segregated southern schools, were recruited in 1943 when educated mathematicians were difficult to find.  They proved invaluable.  As bulky machines worked the numbers, humans checked and double-checked the calculations.  In time, the women were offering their own suggestions to the mostly male, mostly white engineers.  Soon the men realized the women’s value and were giving accolades to the “computers,” as the Black women were affectionately called.

All of this took place in a miasma of segregation.  The decades depicted in Hidden Figures are the same decades that saw the Civil Rights Movement flourish.  Racially segregated bathrooms, a segregated cafeteria, segregated housing, segregated schools—the women of the West Computing group either endured or rebelled against these slights.  In the 1950s and 60s, Virginia was blatantly racist, so the “computers” had choices to make both at work and at home. Reading about their sometimes subtle and sometimes quite blatant actions is part of the learning curve that comes on nearly every page of Hidden Figures.  As someone who has spent almost no time in the South, I need this kind of education.  The book is an eye-opener for those of us with no relevant southern experiences.

Shetterly follows individual “computers” throughout their careers.  I understand that the movie focuses more on the NASA portion of the book, but perhaps two-thirds of Shetterly’s Hidden Figures occurs in the years preceding the move to Houston. Although that background may be less glamorous, it is crucial for understanding the upbringing, the education, the personalities, the familial responsibilities, and the talents of the different “computers.”  Dorothy Vaughan, Mary Jackson, Katherine Johnson, and Christine Darden are highlighted, but dozens of other Black female mathematicians play important roles, too.  All of them struggle at times, but mostly they succeed.

Hidden Figures was a labor of love for Margot Lee Shetterly. Her own father, in fact, interviewed the elderly Mrs. Land as part of the research she pursued.  That research took Shetterly into archives where she unearthed a treasure trove of data.  She found references to almost fifty “computers.”  She guesses that, with more research, she might find names of twenty more.  So Hidden Figures depicts far more than Shetterly imagined when she began her project.  It’s a part of America history that underpins our democracy, and it’s an essential aspect of how we should understand American-ness in the modern world.   – Ann Ronald 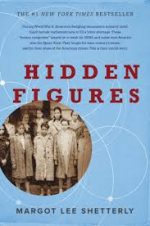 Ann Ronald is a retired English professor from the University of Nevada, Reno. Author of dozens of reviews, she’s also written a number of books about the American West. They include literary studies such as The New West of Edward Abby and Reader of the Purple Sage, cultural studies such as GhostWest and Oh, Give Me a Home, and nature writing such as Earthtones: A Nevada Album. Her latest is a work of fiction, Friendly Fallout 1953. Since retiring, she’s been reading vociferously, so “Bookin’ With Sunny” is giving her a wonderful opportunity to share thoughts about her favorite new discoveries.
More from this reviewer
PrevA Streetcar Named Desire – An adventure in reading
The Shadow LandNext