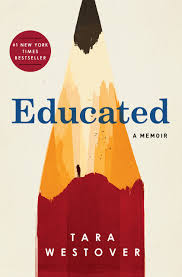 In 2014 at age twenty-seven, Idaho-born Tara Westover received a Ph.D. in history from Cambridge University, UK. Remarkable? Yes. Made more remarkable because she had never attended school until she went to BYU at age 17. Was she homeschooled? Not really. She grew up in a rural junkyard where “homeschooling” was but one of the myths that created the mesh of her life.

As I read Westover’s beautifully crafted, engagingly written, and inspirational memoir, I was reminded of the Old Testament, its God and the patriarchs of its early books. Tara’s father was like Abraham, the founder of a faith, carrying out God’s orders while leaving a trail of burnt offerings—literally—on the mountainside above their home. In some respects, all of his seven children, including Tara, were iterations of Isaac ready to be sacrificed by God’s orders, in a moment of sociopathic paranoia, at a hint of rebellion or even individuality. As Abraham did for Isaac, so did her father for her; he ruled her universe absolutely. His version of truth came straight from the revelations of a harsh, unyielding God, however insane that truth might appear to non-believers and eventually to Tara.  But the journey recounted lovingly and honestly here, the journey leading to her own self, truth, and autonomy exacted psychic, spiritual, and familial costs that she could not anticipate.

Most of what Tara read before going to BYU was the Bible’s Old Testament, the Book of Mormon, and speeches of early LDS founders. She read them as sacred texts meant to reinforce faith. It came as a revelation to her that texts, including those previously thought to be sacred, could be read, analyzed, compared and critiqued as historical and literary documents. But that understanding came later, during her undergraduate time at BYU.  That’s not when her education began, however. Evidently, she developed a beautiful singing voice at an early age.  That led to her singing in community productions even though her father had grave moral doubts about the possible effects of Orphan Annie on Tara’s soul. Her singing led to her meeting kids her own age.  Several years later, she entered puberty.  Suddenly, she experienced her father’s moral strictures in a different way. Now they were brutally enforced by an older brother, Shawn, with the tacit consent of her father.  From that moment onwards, the moment of Tara’s emerging sexuality, she was subjected to unpredictable but continual physical and emotional abuse.

As a reader, I was frightened for her for several hundred pages.  I was also awed by her resilience and emerging sense of herself even as he had doubts about her path forward, even as she identified with and forgave her tormentors, even as she wanted desperately to belong to and within her family, even as she studied for a Ph.D. at Cambridge. Tara’s memoir embodies qualities that add to the awe I felt. Tara has a strong sense of geographical place.  The mountains of her home gave her a visceral rootedness that connected her to Idaho even as she studied at King’s College, Cambridge, a connection that influenced many of her decisions.  I am also in awe of her command of language.  Powered by an incandescent intellect, this woman can write!  What a joy. I hope she quickly publishes her Ph.D. dissertation as a book. I want to read it.   –   Neal Ferguson 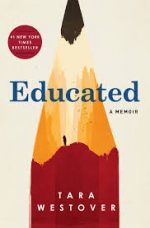 Neal Ferguson is a self described Anglo-phile. After studying for a PhD in British history and doing research for a year in various British archives, he came to the University of Nevada in 1970 to teach. Soon he found himself in administration where he remained until 2003. After returning to full-time teaching a decade ago, he decided to concentrate his teaching energies on Medieval British history and various global aspects of World War II. Dedicated to Ambrose Bierce’s proclamation that the purpose of war is to teach Americans geography, Neal insists that his students accompany him (in class) to sundry east European rivers and steppes, African deserts and jungles, south-east Asian mountain ranges and peninsulas, and small islands and coral reefs in the Pacific. Currently he is writing a book about the ups and downs of General Douglas MacArthur’s military reputation.
More from this reviewer
PrevAnother Brooklyn
HomeNext